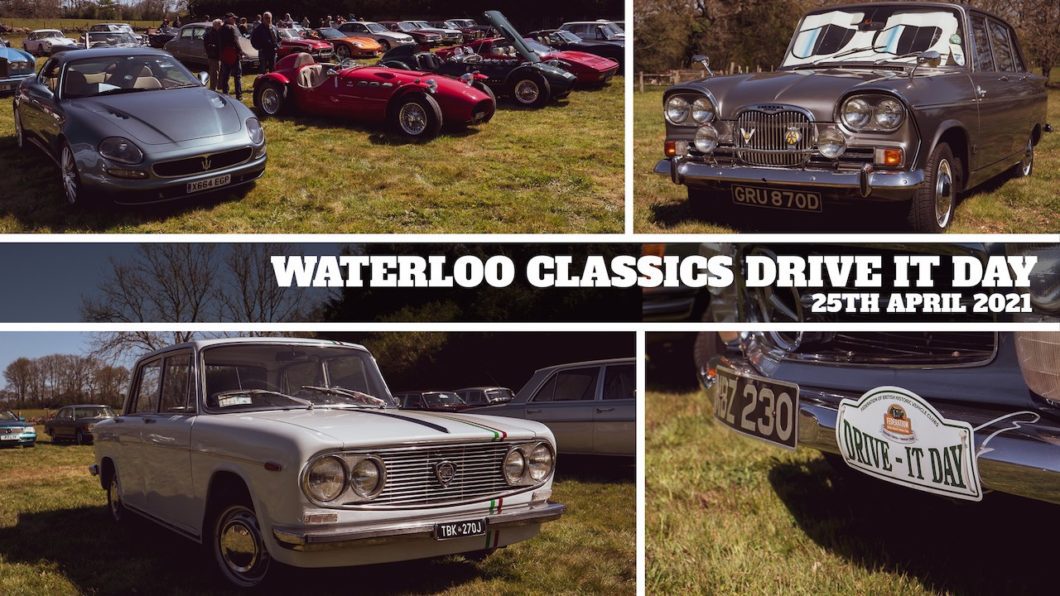 The Waterloo Classics Car Club enjoyed its very first outing of 2021 with a special tour out of London on Sunday 25th April to mark national Drive it Day. Last years country wide annual run out was unfortunately cancelled as a result of COVID, forcing thousands of classic car owners across the UK to postpone the drive for a whole year.

With the recent easing of restrictions however, this years official Drive it Day was thankfully able to go ahead as planned, with thousands of enthusiasts taking their pride a joy out for the yearly Sunday ritual spin in an old motor.

Waterloo Classics marked the day with a special drive from London out into the Surrey countryside. Club members and their classics gathered at Battersea Park on the Sunday morning, departing at 11am. The route avoided as much of the motorway network as possible, treating drivers to the more relaxed A and B roads south of the capital.

The destination was The Plucky Pheasant, an idyllic cafe/pub that offers lovely views of the Surrey hills, just east of Guildford. The convoy of cars started arriving from 12.30pm and gathered in a paddock which was very kindly made available for the event by the owner of The Plucky Pheasant.

Take to the Road made the trip in the Vauxhall Viceroy, which offered a comfortable waft for what was its first official classic car show outing of the year. It was actually hard to believe it was the clubs first meet of 2021, such has the impact been on social gatherings. Indeed the last time Waterloo Classics met as a socially distanced group was December last year and the largest gathering in between lockdowns was the successful Kent tour, which took place last July. It was therefore a huge relief to be able to meet up once again and catch up with friends and their motors, many of whom we had not seen for well over a year.

Speaking about the impressive turn out Waterloo Classics Car Club founder Darren Sullivan Vince has this to say: “Our Drive-It-Day outing was wonderful. Everyone was so happy to get out with their car and enjoy the warm sunny weather. Cruising the country lanes is so much more fun than a quick trip to the grocery store. The Plucky Pheasant served us delicious food and the owner opened up the field next to the pub for us to park in. With over 40 cars, it was our own mini car show. Thanks to everyone for joining!

The attendance was indeed impressive and the sunny weather helped to make it a very enjoyable day out for all who took part. With restrictions now eased it is expected that many more classic car events will get the go ahead this year and the Waterloo Classics Car Club will be planning more countryside tours in the months ahead. To find out more about the clubs driving tours head on over to the Waterloo Classics website.