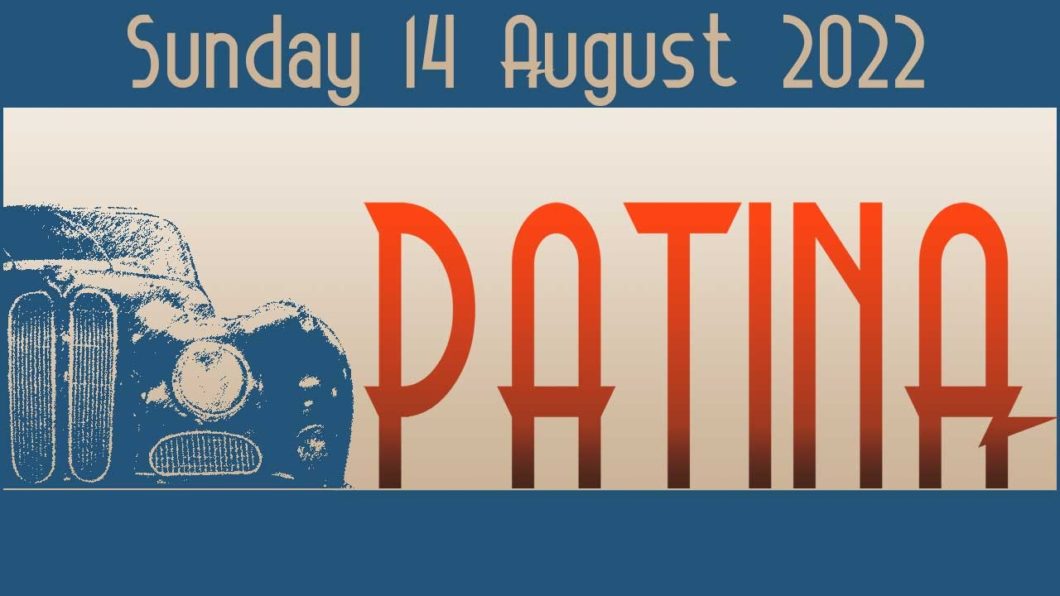 London based classic car club Waterloo Classics has announced it is launching its very first car show called PATINA, which will take place at Lullingstone Castle in Kent on 14th August 2022.

The PATINA Classic Car Show is a celebration of all beloved unrestored classic and vintage cars and will welcome 150 cars to the castle in Kent. It is a festival for the unpresentable cars that petrolheads love and drive regularly… the every day classics that are used and enjoyed.

The new show is being organised by the Waterloo Classics Car Club founder Darren Sullivan Vince and his trackday and events business SVH Events. With the Waterloo Classics Club recently returning to its monthly Saturday meets at Lower Marsh Market in London, Darren has decided to take the next step and setup his own car show.

Commenting on his new PATINA Classic Car Show, Darren stated: “There are so many beautiful unrestored cars out there. Some are in amazing condition. Many are super scruffy. All of these are loved and used regularly. These are the cars we are celebrating. They deserve their 15 minutes of fame.”

He also added: “This isn’t a show for trailer queens or Concours condition cars! The more patina your car has the better! There will be lots of greasy engine bays. It is recommended you do not wear white linen or your Sunday best. Instead, grab a pair of overalls and join the party in the beautiful setting of the grounds of Lullingstone Castle.”

Indeed the grounds of the historic manor house of Lullingstone Castle will provide a wonderful backdrop for new classic car show. The Grade II listed manor dates from 1497 and the site was even mentioned in the Domesday Book, so it is steeped in history.

Visitors will be able to spend a relaxing day enjoying the picturesque grounds of the castle, which includes the Norman Church of St Botolph’s, the striking 16th century gatehouse and the castles famous “World Garden of Plants” walled garden. The estate being acquired by Sir Percyval Hart in 1543 and the castle is today owned by the Hart Dyke family.

Those attending the show are encouraged to bring a blanket and hamper and have a relaxing picnic at the castle. And Awards will be given out on the day for Best Preserved, Least Likely to Get Home, Most Elaborate Picnic, and more.

The PATINA Classic Car Show will feature 150 cars on display. Unrestored and “scruffy” cars will be on display inside the grounds of the castle with restored and “good condition” classics on display outside the castle gatehouse. Those wishing to attend are encourage to submit their car to be one of the 150 chosen to go on display within the grounds. Submissions are now being accepted on the PATINA website.

Car clubs are invited to attend and club displays are free for up to 4 cars. Clubs wishing to enter their cars can do so on the PATINA website.

Take to the Road will be attending the show and will bring you all the latest news and updates in the run up to the event.