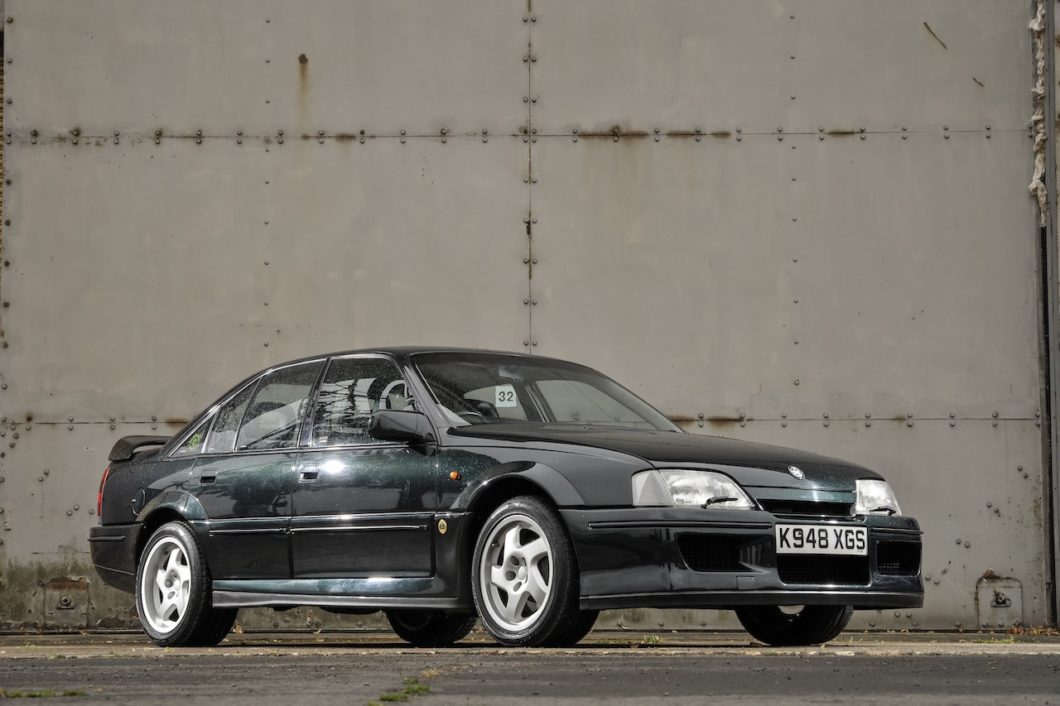 Vauxhall’s famous Heritage Collection and Archive are set to move from the company’s Griffin House site next month, as plans develop to create an all-new public-facing Heritage Centre in the future.

The imminent sale of Vauxhall’s former Luton site means that the Collection will find a new interim home at the company’s Ellesmere Port factory, where a converted 8,000 square-meter building has been set aside for the 60-strong Collection, which represents every decade of Vauxhall’s 117-year history.

Ellesmere Port, home of Vauxhall’s compact car production for the last 56 years and current manufacturing site for the Astra, ‘…is proud to be the Collection’s temporary custodian,’ said Plant Director, Mark Noble. ‘We’re all looking forward to the arrival of these Heritage vehicles, some of which have been manufactured here over the last six decades. We’ve made sure that the area which will house the cars is heated, dry and secure, in keeping with the way the Collection has been stored in its former Luton home for the last 30 years.’

Once relocation has taken place, the Collection will be maintained on site by local classic vehicle specialist, Manor Park Classics, to make sure that all vehicles are preserved to a high standard while in storage.

However, around 20 vehicles – a third of the Collection – will still have visibility outside of Ellesmere Port. Currently, 13 Vauxhalls are on display at Stockwood Discovery Centre in Luton as part of the ‘Vauxhall – Made in Luton’ exhibition, which runs until the end of March, 2021. A joint venture between Vauxhall and The Culture Trust Luton, the exhibits include the world’s oldest Prince Henry sports car, the rakish 1966 XVR concept car and a beautifully restored 1970 Viva GT.

In addition, Manor Park Classics will provide exposure for six cars at their Runcorn HQ in a bespoke Vauxhall Heritage area, complete with ephemera taken from the old Heritage Centre. ‘We’re excited to play a part in keeping Vauxhall Heritage’s flame burning while it develops its plan for a future permanent base,’ said Manor Park’s Managing Director, Roger Nowell. ‘Manor Park’s experience and enthusiasm for a wide breadth of classic cars, like those in Vauxhall’s collection, is immense and we know that the carefully selected models which we’ll have on display will be a great attraction to people visiting our offices.’

Included in Manor Park’s exhibition will be a 1904 6hp Light Car that has entered almost every London to Brighton Veteran Car Run since 1927, a 1926 OE-Type 30-98, owned by Vauxhall for the last 72 years, an original Lotus Carlton press car and – fittingly, given MPC’s proximity to Ellesmere Port – a 1989 Astra GTE Mk.2.

Vauxhall’s Heritage Centre also houses an extensive archive, going back as far as the late-nineteenth century, when the Vauxhall Iron Works – as the company was then known – was formed, before starting motor car production in 1903. Like the Collection, the Archive will find a new home at another existing Vauxhall site: the historic and prominent Toddington Warehouse, on the outskirts of Luton.

Andrew Duerden, Vauxhall’s long-time Archivist, was pleased that the move would bring more order to the enormous collection of images, records and ephemera gathered over the years. ‘Our upcoming move has given me the opportunity to re-organise the Archive and prioritise the elements which add depth, colour and interest to our extensive history. Digitisation of our image library is ongoing, and provides a valuable asset to media in search of historical context to Vauxhall stories. We also have many unseen design studies from the Sixties and Seventies that, quite frankly, take your breath away. I will also be taking on responsibility for Vauxhall’s popular Dating Certificate service, providing build verification for owners of classic Vauxhalls.’

Plans for the Collection’s future permanent home are underway, with the interim storage at Ellesmere Port providing a much welcome shorter-term solution. ‘Vauxhall is fully committed to preserving its Heritage Collection and Archive,’ said Simon Hucknall, Vauxhall’s Head of PR and curator of the Collection. ‘While the move from Griffin House to Ellesmere will mean a temporary halt to the Collection’s working status, our partners at The Culture Trust Luton and Manor Park Classics have generously supported future exposure of a third of our vehicles.

‘We are currently developing plans for a new, purpose-built base for the Collection, which will allow it to be public-facing, while also bringing back its working status. This is by no means the work of a minute, but we hope to be able to share more details about a new Vauxhall Heritage Centre early next year.’

Visit The Culture Trust Luton’s ‘Vauxhall – Made in Luton’ exhibition website for more details (due to the current lockdown restrictions, the exhibition is closed, but should re-open in early December).