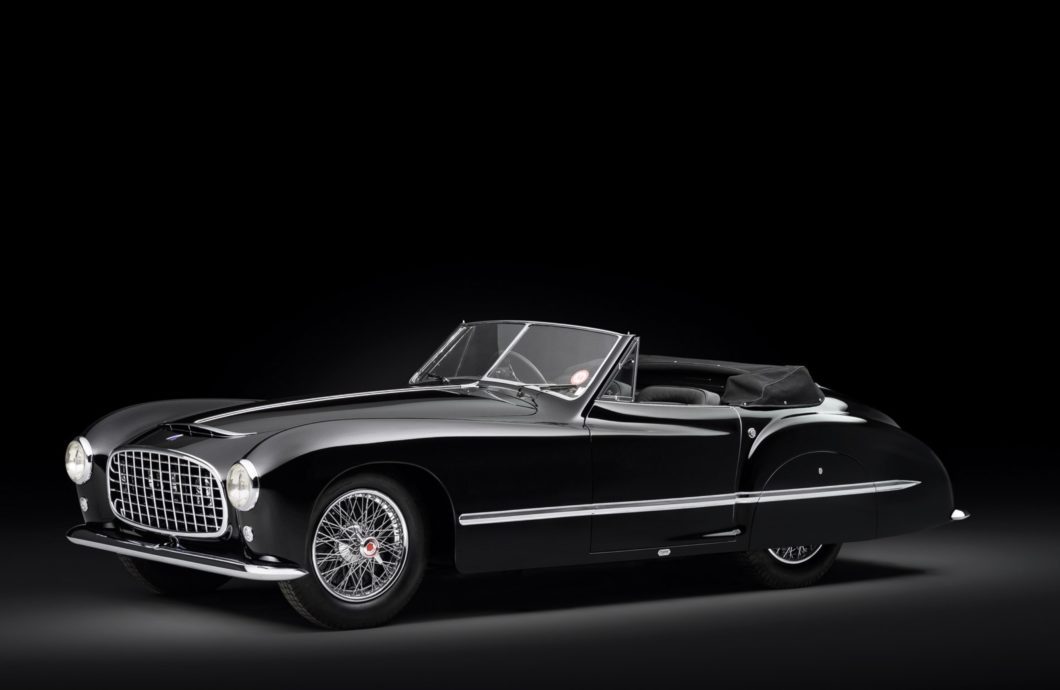 Salon Privé has confirmed that two elegant and rare Talbot-Lago T26s are to star at the Concours d’Elégance at Blenheim Palace next month. Both have been entered in the Churchill Cup for ‘Most Exceptional Design’, which is being presented by new show partner Aviva.

This year’s Churchill Cup for ‘Most Exceptional Design’ will take place on Thursday 2 September, with the coveted Best in Show award being unveiled on Friday 3 September. Named in honour of Sir Winston Churchill, who was born at Blenheim Palace, it will be judged by some of the most respected automotive designers in the world, including Marek Reichman, Peter Stevens, Fabrizio Guigiaro and Ian Callum. They’re set to be joined by Event Patron the Duke of Marlborough, Le Mans legend Derek Bell as Chief Judge and supermodel Yasmin Le Bon.

The first of the Talbot-Lagos that will grace Blenheim Palace is chassis number 110151 – a short-wheelbase T26 that was bodied by the flamboyant Jacques Saoutchik of Neuilly-sur-Seine on the western fringes of Paris. The one-off shape combined the post-war ‘pontoon’ style at the front with a rear end that evoked the revered ‘teardrop’ style of the 1930s, and the car has recently been treated to an extensive restoration.

It will be joined by chassis number 110121 – a star of the post-war French concours d’elégance scene. Fitted with unique Franay cabriolet bodywork, this Talbot-Lago was first shown at the 1949 Paris Salon, where it was photographed with screen icon Marlene Dietrich. Having been awarded the 1er Grand Prix d’Honneur at the 1950 Concours d’Enghien, it returned to Franay to be repainted black and given a simpler grille design, before being displayed on the Talbot stand at the Brussels Auto Show.

The two Talbot-Lago T26 Grand Routiers used a 4.5-litre six-cylinder engine that boasted an illustrious motorsport pedigree. Hailing from an era when many French manufacturers dominated European motorsport, many variants of the Talbot-Lago engine won in both Grand Prix racing and the Le Mans 24 Hours in the early post-war years.

As well as the Concours d’Elégance presented by Aviva, there will be a brand-new feature for this year’s Salon Privé Week. Called “The Red Collection”, it will be presented on the hallowed Blenheim Palace cricket pitch. The exclusive curated display will be kept under wraps until being unveiled on the opening day of the event, but will include last year’s Best of Show 1933 Alfa Romeo 8C 2300 Monza Zagato Spider.

The pre-war thoroughbred will line up alongside other automotive greats, including a Mercedes-Benz 300SL ‘Gullwing’ and a Ferrari F40 and is guaranteed to be a spectacle not to be missed.

Simon Mobey, Head of Private Clients at Aviva, said: ‘The Aviva Private Clients team is excited to be making our Salon Privé debut in September, supporting Tour Privé and the Concours d’Elégance as Platinum sponsors. Salon Privé has a well-deserved reputation for quality that is perfectly aligned with our values at Aviva, and we can’t wait to enjoy the unique atmosphere at Blenheim Palace.’

Salon Privé Director Andrew Bagley said: ‘We’re honoured to announce our long-term relationship with Aviva and look forward to welcoming them to Blenheim Palace. The Salon Privé Concours d’Elégance is already recognised as being the most prestigious of its kind in the UK, and the new partnership could not be starting at a more exciting time.’

The Talbot-Lagos will join the already announced pre-war Mercedes and Jaguar greats, along with the Rolling Bones hotrods and the UK debut of the Fulminea Hypercar.