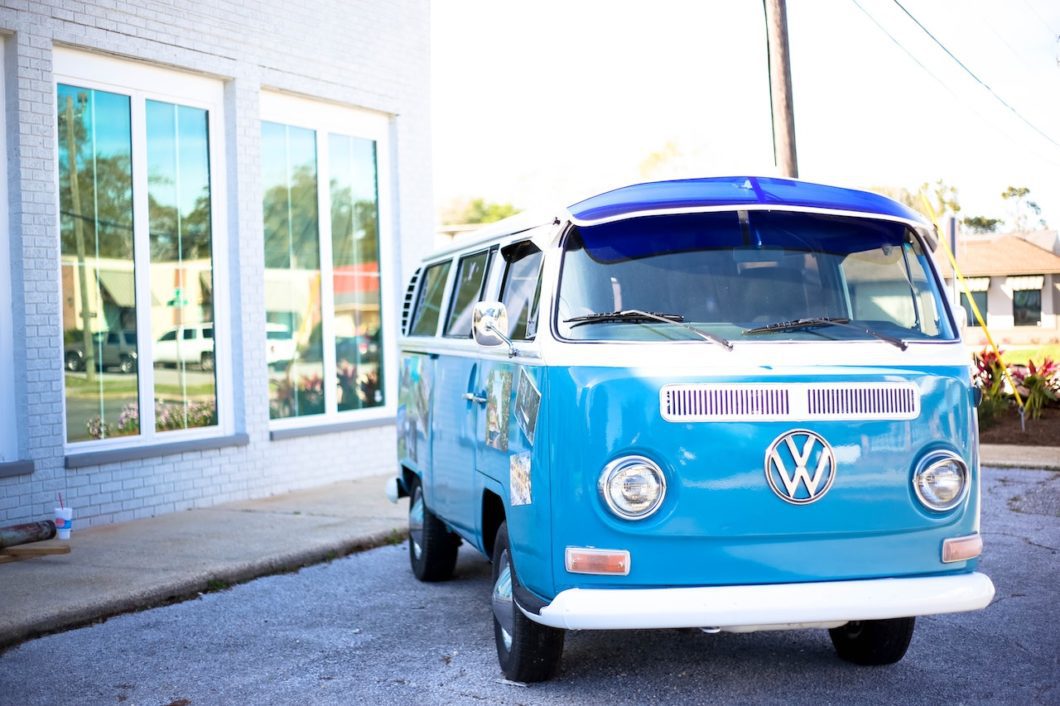 The good old VW campervan is an icon. Old or new, you can find them almost everywhere on the globe. Their shape is easily and immediately recognisable. Most of us were introduced to them during the 1960s and 70s. It was the time of the counter cultural revolution when ideas of freedom, flower power and mobility all went hand in hand. They were called ‘Hippy wagons’ and were all the rage because they were economical and large enough to squeeze in a mob of people. Owning one was like a statement of attitude. Times may have changed, but the trusty old VW campervan hasn’t.

The basic design and manufacture was conceived by the Volkswagen Company in the late 1940s. They were introduced into Britain during the 1950s. Although up until today there have been six generations or models, it is the Type 1 and Type 2 that everyone remembers or recognises with nostalgia. Many of those old vans are still rolling along our roads today and are classics. Originally known as the Transporter, most English speakers call them Kombi or Microbus. They were manufactured in Germany until 1970, but production was switched to Mexico until 1994. In the U.S. they called them a Bus, whereas here in Britain we called them a Camper.

Many campervan enthusiasts claim that the Samba or the Westphalia were the best models produced by the company. In fact, the Westphalia was actually designed for touring alpine environments. Due to their convenient design features and robust manufacture they have become a hit the world over with people who like to travel. At one time, the VW campervan was the favourite mode of transport for overland Australian travellers coming to Europe. Some of these old vans have survived the trip there and back several times.

In years past, when the idea of travel fired the imaginations of people, but sea or air travel were much too expensive, the VW campervan was introduced at just the right time. Not only were they convenient to transport small groups of people, but could easily be used for any type of travel. Domestic touring or weekend trips were cheaper and involved far less hassle than foreign travel.

A family could live out of a VW without the need for hotels over their annual holiday. It is the same today. Modifying your van into a small mobile home with the basic necessities isn’t so difficult or so expensive. In comparison with the money spent on conventional holidays, a campervan holiday is so much cheaper. The only fixed fees are the campervan insurance UK roads demand.

Domestic or foreign overland travel is better if you can take your amenities with you. No more booking or looking for hotels. Camping sites abound. You aren’t tied down to a schedule. The freedom of the road is yours to enjoy. The Volkswagen Company did the world a favour when they introduced their van. Not only were they easy to change into mobile living accommodation, but gave the push to many people to seek alternative kinds of travel and holidays. Although many other car manufacturers have jumped on the bandwagon since, it’s always the good, old VW that we think of first.