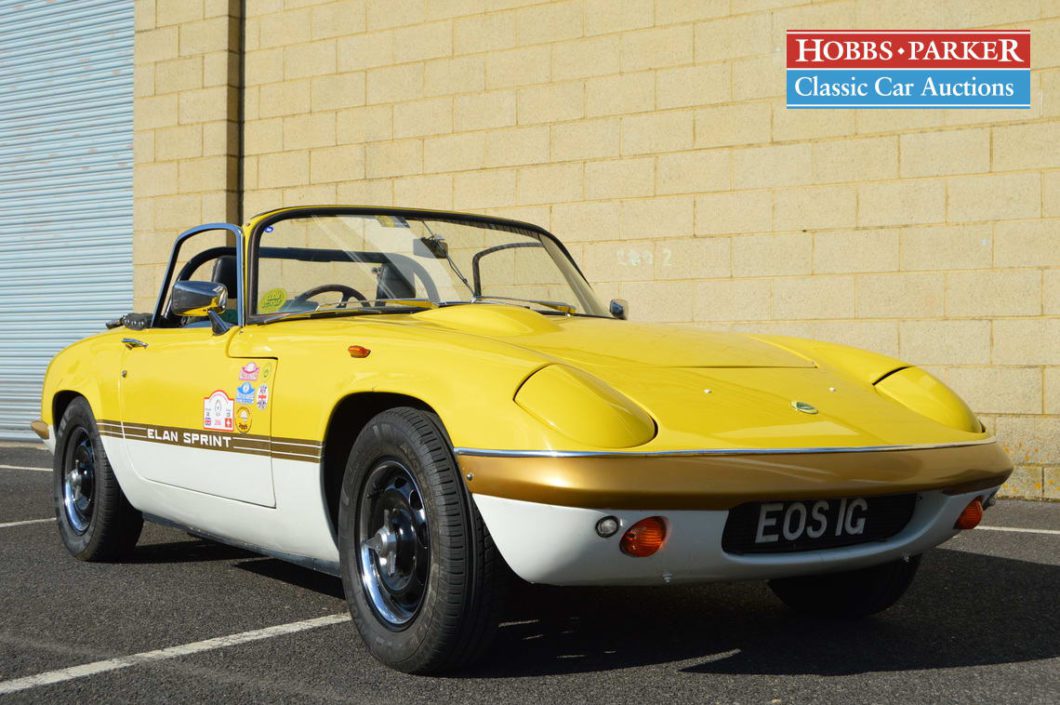 Spring has finally arrived and after a disrupted year, Hobbs Parker is back with another classic car auction. Once again there are more than a few interesting motors that should tempt buyers to open their wallets and put some cash down for that dream classic motor. Here are some of the entries that have caught Take to the Roads eye. Bidding for this online sale starts at 12:00pm on Wednesday 28th Apr 2021.

Jumping right in with what is likely to be one of the tidiest looking saloons in the catalogue is this 1980 Ford Escort Ghia 1.3 MK2. Purchased new from Invicta Ford in Canterbury for the sum of £3,797.34, this Escort is a remarkable one owner car that has covered just 88,815 miles. Described as being in very original condition, the Escort was used sparingly as the owner had a works van for use during the working week.

The original dealer order form is present with the cars history file and notes that it was ordered with a Tobacco Roof, was supplied with number plates fitted and fuel and was also fitted with a passenger door mirror by the dealership.

Finished in Solar Gold, the Ghia was considered a well specified up market version of the family saloon, and with its colour combination is the epitome of 1980s style. The velour seats are about as retro as it gets and will bring back many memories for those who remember these cars when they first rolled off the showroom floor.

With prices for classic Ford’s on the rise, demand for this rare Ford Escort Ghia 1.3 MK2 is bound to be strong. The opportunity to acquire such an original example with low ownership is going to be hard to repeat!

More details and photos of the Ford Escort can be found here.

Jumping forwards a few decades, buyers have another opportunity to acquire a remarkable low mile motor that is certain to become a collector car to watch. This time it is as close to factory fresh as one can possibly get. This 2009 Jaguar XKR 5.0 convertible has covered just 2,633 miles from new, which must make it one of the lowest mile examples in the UK.

The XKR 5.0 was of course one of the top top models in Jaguar’s roadster lineup in the 2000’s. Packing a mighty 5.0 V8 under the bonnet, the supercharged XKR produced a stagering 503BHP, which was more than enough to make its rivals quake at the knees. With a 0-60MPH time of 4.8 seconds, this was a seriously quick convertible. Even the electric convertible top was quick, which can be stowed in just 18 seconds. To see this example with so few miles on the clock, a convertible that just begs to be driven, it really is quite remarkable.

With so much power on tap it is a shame that the V8 hasn’t been enjoyed more, especially as the XKR convertible was designed as the ultimate luxurious open top tourer. With lashings of leather, wood and plenty of extras, the XKR still holds up well in the 21st century.

The question for the new owner of this Jaguar XKR 5.0 convertible is whether to preserve it or to add more miles. With a 503BHP V8 under the bonnet, the later is very tempting indeed!

More details and photos of the Jaguar XKR can be found here.

Moving down the power range to something more frugal, but with equally impressive mileage is this very nice 1991 VW Golf Driver Mk2. Specification wise the Driver sat in between the likes of the Gl and the GTi, offering some of the options of the range topping hot hatch, just minus the power.

Presented in Tornado Red, this five door Mk2 Driver has had just one owner from new and has covered an impressive 45,800 miles. It retains its original radio and dealer supplied numberplates and appears to have been well cared for throughout its life.

While this is an automatic, the Driver is a sought after model of the Mk2 line and featured trade mark details like the steel wheels which have become a popular addition to many retro-mod VWs. There was also a hint of the GTi with the twin headlights and a touch of luxury with the manually operated sunroof.

Finding low mile Mk2 Golf’s is becoming harder and harder as times passes. It also has a clean MOT history which bodes well for this 30 year old Golf (remember you can carry out an MOT check yourself before buying a car). So this example is certain to make a fine addition to the collection of the VW enthusiast. Or if you are looking for a starter classic, you can’t get something more dependable than a Golf Mk2.

More details and photos of the Jaguar XKR can be found here.

With COVID restrictions easing and spring in the air, many petrolheads will be looking forward to making up for lost time on the race track. Which makes this 1970 Lotus Elan S4, Rebuilt to Sprint specification by the present owner, this track focused convertible is certain to tick more than a few boxes.

The Lotus Elan is well known for being one of the finest handling of all of Colin Chapman’s designs. The lightweight pocket rocket was the ultimate drivers car, with delicate handling and a lively twin cam engine that made drivers grin. The recipe was further enhanced in 1970 with the introduction of the S4 Sprint, which was dubbed the “RetroFred” by Chapman, in a nod to the idea from Fred Bushell.

The Sprint was basically a refresh of the then current S4, whose sales were starting to flag. A new paint scheme, badges and a tweaked engine that now produced 126BHP, gave new life to the run out S4s. Approximately 79 S4’s were converted at the factory to Sprint spec.

The 1970 Elan S4 being offered by Hobbs Parker was treated to a repaint in the Sprint colours and is said to have been fitted with a Spyder Chassis and roll bar. The twin came engine was rebuilt in 2011 and a 5 speed gearbox from Alan Voights engineering was installed in 2011.

This brightly colour S4 roadster really is a head turner and looks ideal for the enthusiast itching to get back on the track. It is certain to pack in plenty of smiles per mile, all combined with the crisp Lotus handling and that glorious twin cam up front. This one will tick a lot of boxes.

More details and photos of the Lotus Elan S4 can be found here.

The rest of the Hobbs Parker Spring Classic Car Auction catalogue can be viewed here.