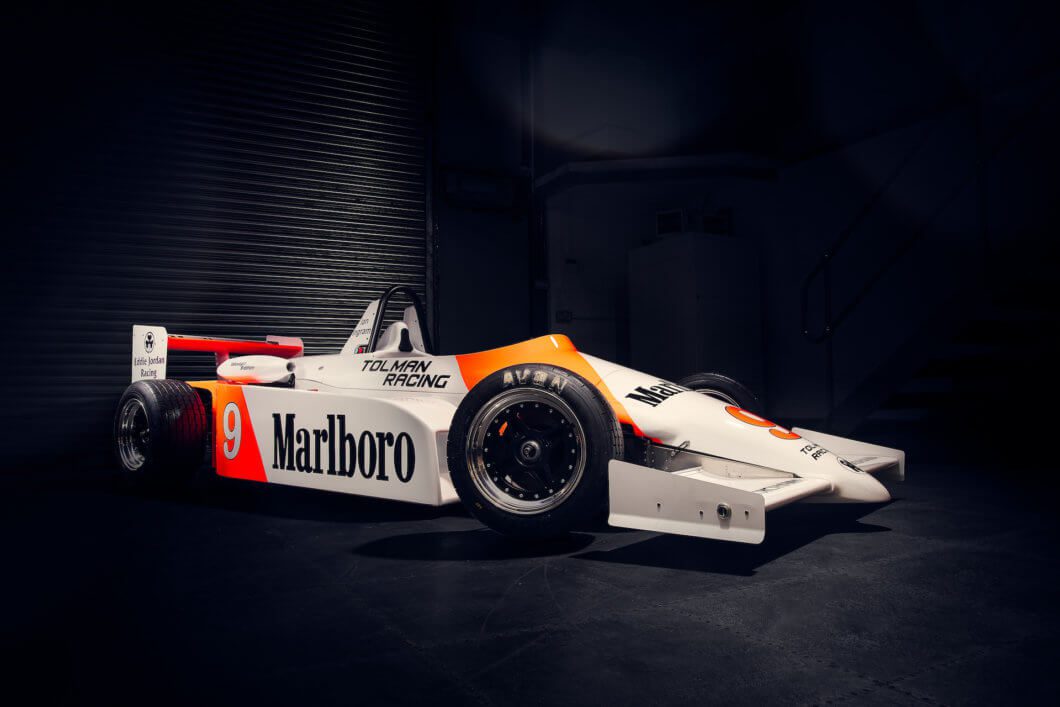 Taking pride of place on the Tolman Motorsport stand was a bespoke Talbot Sunbeam Lotus – a car that tore up the world’s rally stages during the early Eighties – and a beautifully restored Ralt RT3 single-seater that utterly dominated the Formula 3 circuit during the same period.

For Tolman Motorsport, the Ralt RT3 restoration was deeply challenging, although the team revelled in having a free-hand when it came to reviving this iconic ground-effect single-seater for its competitive comeback in the new-for-2019 FIA Historic F3 Championship.

Chassis 3-445 was purchased by a passionate petrolhead and a long-standing Tolman Motorsport customer whose club racing activities in a Ginetta G20 spurred Christopher Tolman to set up his own organisation.

It arrived at Tolman HQ in Warwickshire as a pile of obscure chassis and suspension parts and was openly described by Tolman Motorsport engineers as “a jigsaw puzzle with missing pieces and no picture on the box”.

Intense research was required to determine where each component went and to source an authentic engine, gearbox and a wide array of parts in time for the RT3’s return to the racetrack.

More details on this restoration project can be found here.

From its launch at the 1979 Geneva Motor Show, the Talbot Sunbeam Lotus was destined to challenge the Ford Escort’s dominance in world rallying.

Tolman Motorsport’s re-creation is designed to revive the Group 2 rally spirit, preserving the original car’s innate attitude, while adding a few modern touches to further boost its customer’s enjoyment, whether bounding through the English countryside or thrashing around a racetrack.

Tasked with building the ultimate road and race-specification Sunbeam, Tolman Motorsport was glad to have a strong base on which to reinvent an authentic Group 2 rally machine, with an intact FIA-spec body and axles and a 2.2litre, 250bhp works engine from the period.

More details on this restoration project can be found here.