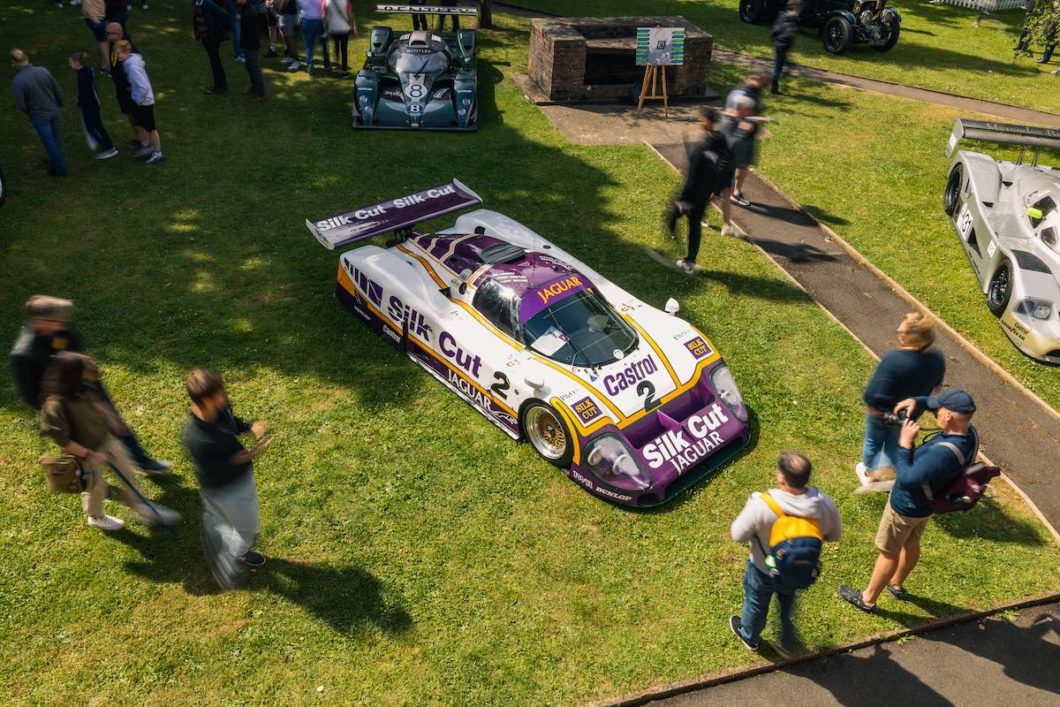 Tickets are now on sale for Bicester Heritage’s autumn Scramble date, which takes place on the 9th of October 2022. The autumnal event will follow on from June’s highly successful Scramble at the historic former RAF airfield.

A little piece of Le Mans came to Bicester Heritage on Sunday the 19th of June, as around five thousand attendees wandered through the Tanker Sheds and into the June Scramble.

The RML Short Wheelbase made its first official public appearance of the car, following three years of development, powered by a Ferrari V12 engine within a carbon fibre body. While the ‘Le Mans’ lawn saw the 1998 Le Mans-winning Jaguar alongside rival the Sauber-Mercedes C11.

Hangar 113 gave Scramble attendees the opportunity to try an e-bike, the latest offering from British manufacturer Ribble Cycles, with the grass airfield welcoming an array of vintage aviation over the course of the day.

The Scramblers Membership club was out in full force, with around 150 cars on display and members collecting their Founder membership packs, following the launch of paid options prior to the event, and a special birthday celebration for the club’s one-year birthday.

The Scramble event sees the best-preserved WW2 RAF Bomber Station in the country open its doors to 5,000 attendees, celebrating the historic motoring sector and the magic in the driving and preservation of classic cars, while making these experiences accessible for future generations and families.