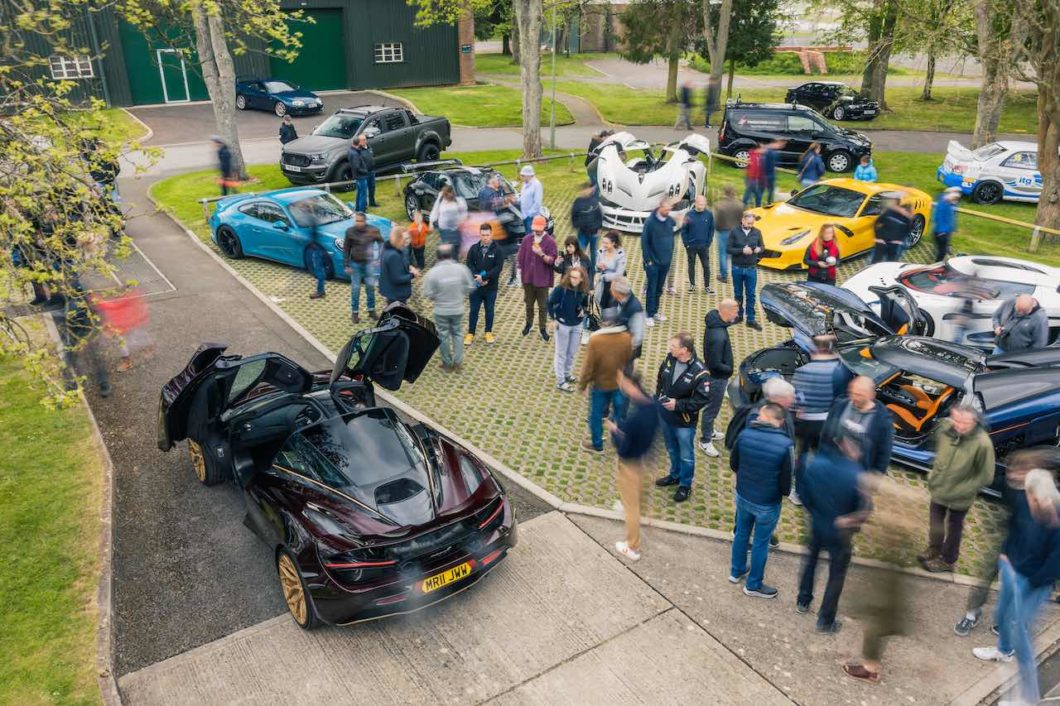 Thousands of classic car fans descended on Bicester Heritage for the April Scramble, which took place on Saturday 23rd and Sunday 24th of April. Approximately 11,000 attended the two-day Spring Scramble, which was the first weekend-long event with a capacity crowd since 2019

The time-warp base was a veritable hive of activity, welcoming in an array of pre- and post-1990 cars, displayed around the Bicester Heritage technical site. Hagerty commandeered the ‘Command Works’ as part of its ‘Drive it Day’ event on the 24th of April, with HERO-ERA seeing off the Scramble in style as the ‘Club des Autos’ Rally set off from Bicester on Sunday afternoon.

Over the course of the Scramble weekend, the Bicester Heritage site welcomed the Prodrive 2000 BTCC winning Ford Mondeo, an assortment of models from the Skoda, Mazda and Audi heritage fleets and a Land Rover display from Kingsbury Racing Ltd. A selection of Alvis cars, both new and old, also made an appearance.

Around 300 cars from Bicester Heritage’s own membership club, Scramblers, joined the display – on both the avenues and grassy areas, with Healey by Caton on display outside Scramblers’ Headquarters on the Sunday, after appearing at Salon Prive in London.

Tickets for the site’s summer event, on the 19th of June, go on sale on the 25th of April.

“The sun certainly shone on the righteous, and by that I mean all of our wondrous Scramble attendees over the weekend. It’s fantastic to see such a buzz around the site, with petrol heads of all ages enjoying the variety of planes and cars on display,” commented Dan Geoghegan, CEO, Bicester Motion.