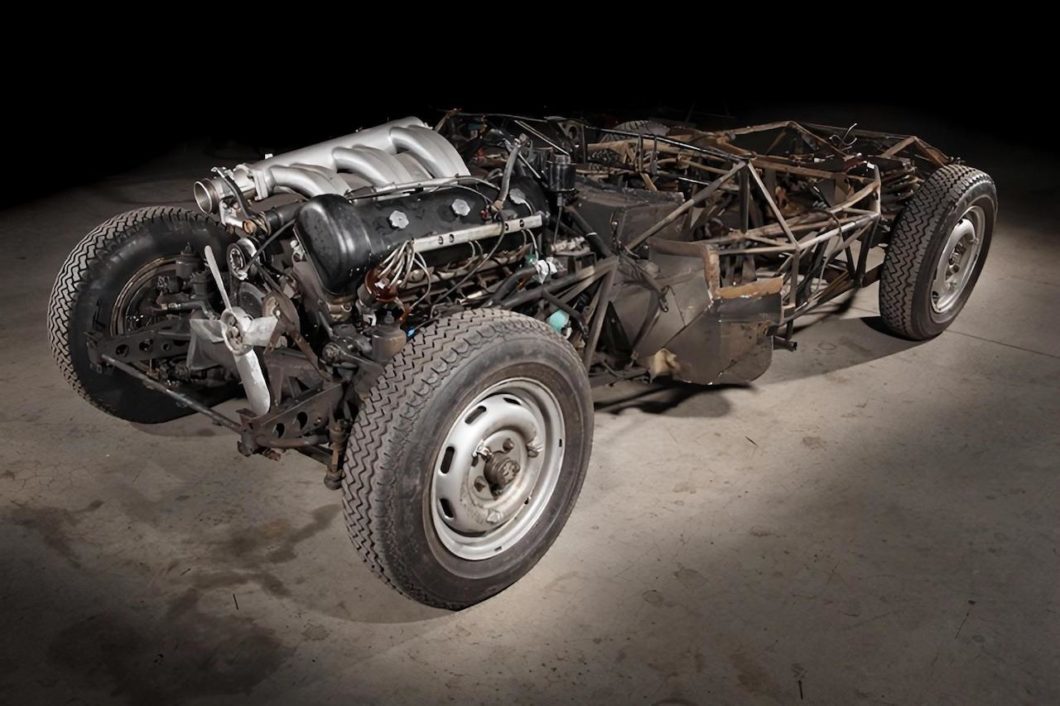 Classic and vintage car restoration specialist Thornley Kelham, has revealed the full transformation it undertook on a rare Mercedes 300SL Gullwing. The stunning Mercedes was acquired by a highly knowledgeable and critical owner, who directed the Thornley Kelham team to make it perfect, period-correct and finished in anything but silver.

The 300SL was the result of Mercedes-Benz’s decision to develop a sports-racing car in 1952. Using the engine, transmission, suspension and steering from the existing 300 luxury saloon, it was built around an innovative new chassis frame and clothed in one of the most beautiful bodies ever created. The result was the new 300 Sport Leicht or SL, informally known as ‘Gullwing’ because of its upwards opening doors.

This particular 1957 Mercedes-Benz 300SL Gullwing arrived at Thornley Kelham’s HQ in the Cotswolds, following a spell in France during its early days and having resided in the UK since 1981. Its early history isn’t all that well documented, but an inspection carried out on the car in 1971 as it transferred owners revealed it to be ‘in perfect condition’.

Immediately obvious on arrival to the Thornley Kelham team were the Roadster headlights and taillights fitted to this Coupé. By 1957, Mercedes was focusing mostly on building Roadsters and there was a suspicion that this car could have been a special hybrid commission. However, a thorough inspection of the car revealed a more ordinary truth; accident damage at the front and rear had led to the car being rebuilt with Roadster parts.

Thankfully, the tubular chassis was in good condition, but years of wear and tear meant that many of the Gullwing’s mechanicals, including its 3.0-litre straight-six engine were in need of rebuilding. Thornley Kelham’s in-house engine-building team set to work cleaning, crafting from scratch or replacing parts of the Gullwing’s drivetrain to ensure it runs reliably and to its optimum performance for years to come.

Outside of restoring all the mechanicals, the team were also in a position to begin painting and trimming the car to the client’s specifications. Adamant to not have ‘another silver Gullwing’, the owner opted for a striking shade of period-correct Horizon Blue, with an interior finished with a blue plaid non-leather option.

But perfecting the finish meant challenges at every corner; the complex doors take hours of careful adjustment and the ‘eyebrows’ above the wheelarch were a particularly delicate operation. Later Gullwings had an almost-invisibly different eyebrow design to earlier cars, and it was crucial to get it correct.

As the car began to come together, the Thornley Kelham team were tasked with sourcing a large number of original parts, including things as difficult to find as the interior lights. In total, buying parts alone was more than six-figures-worth of expense. Two pieces they didn’t require, however, were the bumpers – the client wished to do without, preferring the visual of a de-bumpered Gullwing.

Simon Thornley, co-founder of Thornley Kelham, said: “Restoring a Gullwing is a huge responsibility, and restoring a Gullwing for a Pebble Beach Concours d’Elegance judge like our client also comes with a fair bit of pressure. When you’re working with a car as rare and iconic as this, originality and accuracy is absolutely crucial. We spent hundreds of hours getting the details of this car exactly right, while making sure it adheres to the same standard that every car we work on does – it has to look good, drive well and is made to last. This car has been enjoyed for over 60 years now, and we’re delighted to have extended its lifetime for many more years of pleasure for its owners.”