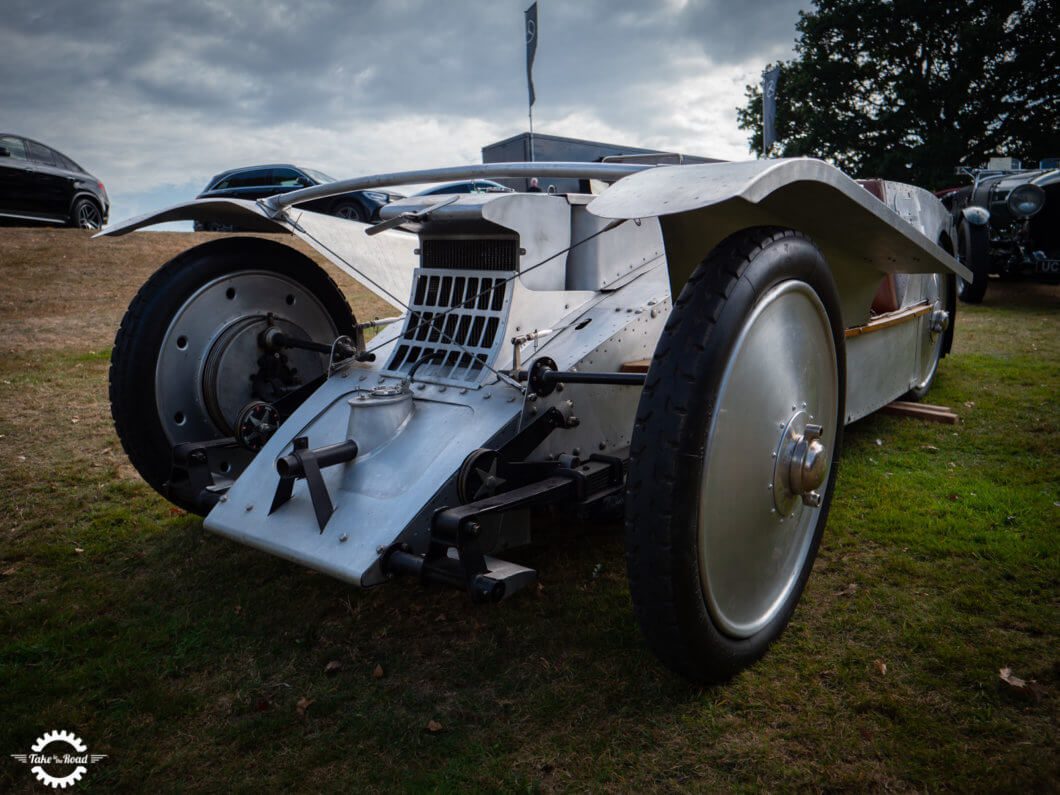 In the early half of the 20th century the French automotive industry saw the emergence of some legendary marques. The likes of Delage, Delahaye and Salmson, to name just a few, were at the forefront of the French car design. One other iconic French marque that excelled at both luxury, speed and innovation was Avions Voisin. Their rather unorthodox 1923 Voisin Type C6 Laboratoire was one wonderful example of revolutionary French flair and design.

Much like rival manufacturer Salmson, Voisin had it’s routes in the rapidly developing aircraft industry. Gabriel Voisin was a prominent aviation pioneer and created the worlds first aviation company during the First World War. In 1919 the noted inventor and engineer setup his own car company, which went on to make a signifcant contribution to the automotive industry. With his chief engineer Andre Lefebvre, Voisin championed the use of aluminium, with an emphasis on light weight chassis design and central weight distribution. The firm produced many wonderful cars like the luxurious Art Deco styled Avions Voisin C-25 (which Take to the Road saw at Salon Prive this year) and the elegant C28 Cabriolet.

Voisin was known for his emphasis on engineering, so much so that most of his cars were built inhouse. This went against the French tradition of using coachbuilders like Chapron, or Saoutchik and Figoni et Falaschi, who produced wonderfully styled cars for Delage and Delahaye. This uncompromising emphasis on quality meant Voisin’s were expensive, which ultimately lead to limited sales. Although the cars were well recieved and proved popular with high society, Voisin started to struggle and after World War 2 the firm was nationalised in 1946, bringing about an end to car production. By now Lefebvre had left the firm and went on to work for Citroen, where he lead the design of the Traction Avant, the 2CV and the DS, using the skills he acquired under Voisin to create some of the worlds most important cars. This alone demonstrates the influence of Gabriel Voisin not just on the French, but on the global car industry.

Despite the failure of the Avions Voisin cars, the engineering legacy left by Gabriel Voisin and Andre Lefebvre is without question. The companies drive to invent and experiment is best represented by the unusual Voisin Type C6 Laboratoire, a radical design that showed how the French firm was at the cutting edge of automotive technology in the 1920s.

The Voisin Type C6 was created in response to new regulations introduced by the Automobile Club de France for the 1923 Grand Prix de France. In just six months Voisin and Lefebvre along with Marius Bernard created a new Grand Prix racer to meet the new rules. The fruits of their labour was the aerodynamic, aviation inspired Type C6. The prototype was a test bed for new ideas, hence it being given the name Laboratoire, which essentially means laboratory.

The new prototype monocoque car was given a streamlined and narrow profile. It made extensive use of lightweight aluminium and its tapered shape with the rear wheels tucked in at the rear, was inspired by an airplane wing.

The cars torpedo or razor edge shape was an attempt to make it cut through the air and it’s aluminium body was encorporated into the chassis. This made the Type C6 more rigid, which would have undoubtedly improved it’s handling.

Mechanics wise the 1984cc inline six engine was carried over from the Type C5 series. The original sleeve valve C5 engine was actually 1320cc in capacity, but this was bored out for more power, ultimately producing around 80BHP. This was mated to a three speed manual gearbox.

One interesting detail of the cars design was the propellor mounted on the front of the car. This might look like just a nod to the cars aviation background, but it in fact helps power the Type C6 engines cooling pump, an innovative trick by Voisin to help make the car more efficient and keep its weight down.

A total of four Type C6 Laboratoire’s were built for the 1923 season. Unfortunately only one managed to compete in the 1923 Grand Prix de Vitesse, where it finished in 5th place behind three Sunbeams and a Bugatti.

With Voisin continuing his innovations and experiments, the Type C6 Laboratoire became a stand out example of his firms racing endeavours. Other C6 Laboratoire’s went on to compete at Tours and Monza, but sadly all were later scrapped, meaning none survive from 1923.

The Type C6 featured here is chassis No 5, a recreation commissioned by Philipp Moch in 1993, which payed tribute to the wonderful if slightly unorthodox looking French Grand Prix racer.

This fabulous recreation is powered by an original Bernard designed Voisin engine, which has been bored out to 2.326 litres and is fitted with twin Zenith carburetors, just like the original cars in period. This recreation was painstakingly built using tools that would have been used in period and as the original drawings of the Type C6 Laboratoire have long since been lost, everything had to be recreated from scratch.

While it is a tragedy that none of the original cars survived, this recreation of the 1923 Type C6 Laboratoire is a fascinating car. A hommage to a time when automotive engineering was advancing at a rapid pace and there were simply no limits to what could be achieved. A philosophy certainly helped by the free thinker that was Gabriel Voisin.

Avions Voisin vanished far too early and who knows what other automotive marvels the firm and it’s founder could have created. They unfortunately suffered the same fate as many other traditional French luxury car manufactuers in the very difficult French post war economy. But thanks to the efforts of Philipp Moch, the brilliance of Gabriel Voisin’s Voisin Type C6 Laboratoire lives on to inspire many generations to come.