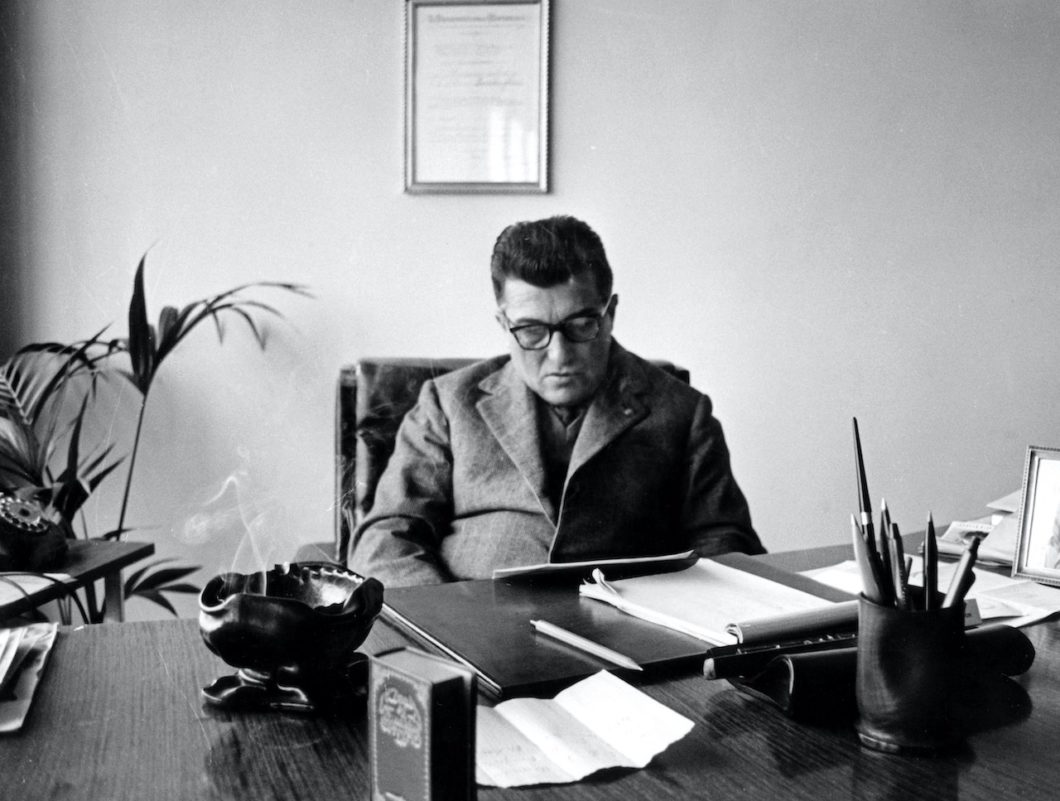 Automobili Lamborghini was founded in 1963 and quickly established itself as a pioneering luxury sports car manufacturer that set new standards across the industry. The upstart supercar builder owed its rise to the passion and creativity of its engineers, production technicians, and innovators, who utilized their visionary spirit to shape the brand of the Bull into one of the most prestigious and legendary names in automotive history. Ultimately it was the dream of its founder that provided the greatest inspiration of all.

First and foremost there is of course the founder Ferruccio Lamborghini, the industrialist who invented a tractor using surplus war equipment and built a successful business from there. Having laid the foundations of his business empire, Ferruccio rose to the challenge again and entered the automotive industry by creating a company producing sports cars that aspired to be the best GTs in the world.

To deliver his dream he brought on board a group of young engineers, many of whom had just graduated from university. The young and exciting team brought fresh ideas matched by a drive and passion that would help shape the design and engineering philosophy of Lamborghini.

Appointed Technical Director at the young age of 27, Giampaolo Dallara directed the first production Lamborghinis, the most significant of which was the Miura. It was this very car that promoted journalists to coin a new term: supercar.

Everything about the Miura was new and had never been seen before on a production car. From a technical point of view, its four-liter engine with four overhead camshafts was unprecedented. Meanwhile, the lines of the Miura, designed by Carrozzeria Bertone, turned this twelve-cylinder machine into the most coveted car of its time.

Engineer Paolo Stanzani joined the company in 1963 at just 27 years old. In 1968 he was appointed to the position of Technical Director and Production Director. Stanzani is credited with developing the Countach project and turning it into the world’s fastest super sports car for almost 20 years. The Countach adopted a new transmission system, with the driveshaft passing through the engine block, and was the first mass-produced car to have scissor doors. These distinctive traits are still evident in the production of today’s twelve-cylinder Lamborghinis.

Stanzani would subsequently create the Lamborghini Urraco, a four-seater berlinetta with a V8 engine featuring Heron head combustion chambers, sitting in a transverse position at the rear. The engine was complemented by other technical innovations such as a MacPherson strut suspension on both front and rear and the “dished” steering wheel with the steering column positioned ahead of the cockpit.

Born in 1938 in Auckland, New Zealand, Bob Wallace was Lamborghini’s chief test driver from 1963 to 1975 and essentially the man who developed all Lamborghini models up to and including the Countach. He is credited with creating a system of work and testing that to this day is considered the basis of Automobili Lamborghini’s R&D department and beyond.

Passionate about auto racing, Wallace had an agreement with Ferruccio Lamborghini to create components and novel solutions from used parts on company machinery in his spare time. These were then tested on experimental cars, which led to the creation of the Miura “Jota”, the Jarama “Bob” and the Urraco “Rallye”, all considered legendary specimens today. The results of this “free experimentation” allowed the rapid evolution of Lamborghini production cars and the brand’s subsequent extraordinary ascent at the international level.

Ferruccio Lamborghini’s contemporary at the firm was Franco Scaglione, who was born in Florence in 1916. He grew up during the heyday of the Futurist movement, where artists were constantly searching for dynamism, movement, and speed. After studying aeronautical engineering, he followed his passion for design and began to work as a fashion designer before eventually designing cars for the most important body shops of the time.

His BATs, the Berlinette Aerodinamiche Tecniche, brought aerodynamic research into automotive styling in the 1950s. In 1963, on direct request of Lamborghini, Scaglione designed the body of the very first Gran Turismo born in Sant’Agata Bolognese. The lines of the 350 GTV were exceptional, characterized by rounded shapes, very thin pillars, and its curved windows. This car would be the calling card with which the newly established Automobili Lamborghini presented itself to industry insiders and the public alike, immediately displaying the company’s ambitions.

Engineer Giulio Alfieri was born in Parma in 1924 and graduated from the Polytechnic University of Milan just after the end of World War II. He joined Lamborghini in 1975 and was appointed General Manager in 1982, ushering in the era of composite materials.

He was responsible for the development of the Countach Evoluzione, a Countach prototype almost entirely made of carbon fiber, about 500 kg lighter than a normal Countach, and capable of exceeding speeds of 330 km/h. These studies were almost immediately put into practice, first in the Countach 25th Anniversary in 1988 and then in the Diablo presented in 1990. To this day, carbon fiber technology is one of the jewels in the crown of Lamborghini’s production.

It was these great minds and pioneering innovators that helped deliver Ferruccio Lamborghini’s automotive dream. They created an incredible legacy that not only influences Lamborghini today, but also that of automotive design.

Help Support Take to the Road and Independent Bookshops by ordering this Lamborghini book from Bookshop.org