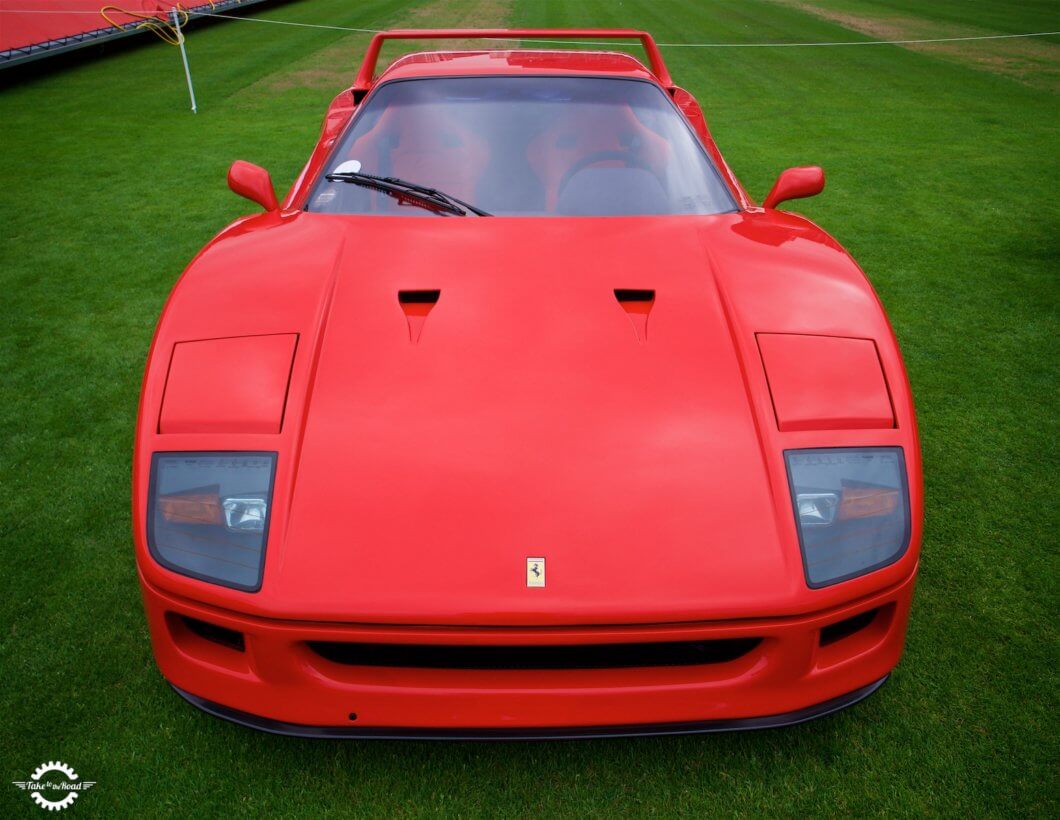 Ever since former racing driver Enzo Ferrari launched his own car company in 1947, the Maranello based outfit has been at the cutting edge of automotive technology. Be it on the road or the track. That drive and passion for design has lead Ferrari to produce some of the worlds greatest game changing supercars. And one such gamer changer was the Ferrari F40.

When it debuted in 1987 at the Frankfurt Motorshow, the Ferrari F40 wowed the motoring world. It was unlike any Ferrari ever produced before, with some feeling that the design was a bit too left field for a manufacturer known for tradition.

Indeed when you consider the models that existed around the same time as the F40, like the Ferrari 288 GTO, the 328 GTB, the Testarossa and even the Mondial, the new street legal super car was about as radical as it could get.

However when you look at the 288 GTO Evoluzione, you can see where Pininfarina drew its influences from. The seeds for the F40 has already been planted with the Group B Evoluzione. When that rally series came to an abrupt end in 1987, the 288 GTO on steroids became the basis for what would become the ultimate Ferrari.

The Ferrari F40 is important for many reasons. First it was released to celebrate 40 years of the company (hence the name). Second it was the last model ordered by Enzo Ferrari himself. Indeed he is supposed to have said (in Italian of course) “lets make something special for next year’s celebrations in the way we used to do it”. And the third is all of the ingredients that came together to make the F40 a game changer, not just Maranello, but for the modern day supercar as well.

Details like the carbon fibre and kevlar body panels provided both lightness and structural rigidity previously unseen in a Ferrari road car. Then there was the race inspired twin bladder/bag fuel tanks (which require changing every ten years). And the cleverly designed ground effect aerodynamics, which pushed the F40 into the tarmac and their road cars into a new aerodynamic driven era. The larger rear wing of course being the stand out design cue and the cars signature feature. It wouldn’t be an F40 without that wing.

The front and rear shock absorbers lowered their height at 50mph to improve handling. The brakes, which were ventilated radically and drilled, were attached to the wheel hubs with aluminium bells. This helped manage the high temperatures in the brake discs and pads, that brought expansion and contraction under heavy braking. And specially designed Pirelli P-Zero ZR tyres helped it stick to the road.

Then of course there is the heart of the beast. The 478BHP twin turbo 2936cc V8 engine. There was no venerable Ferrari V12, but instead a continuation of the tried and trusted turbocharged 288 GTO Evoluzione V8. The twin turbos provided the forced induction that gave the 90 degree V8 its grunt. And if 478BHP wasn’t enough, an optional factory kit boosted power by an extra 200BHP! This made the Ferrari F40 the fastest ever road car of its generation.

So when you add all of those ingredients together, you can see why the Ferrari F40 was a game changer. It brought an excitement back to the brand. And it was more than something special. It heralded a new era of Ferrari technological development, pushing its roads car to find new limits. It was a fitting final order for il Commendatore.

How To Save Money On Your First Classic Car