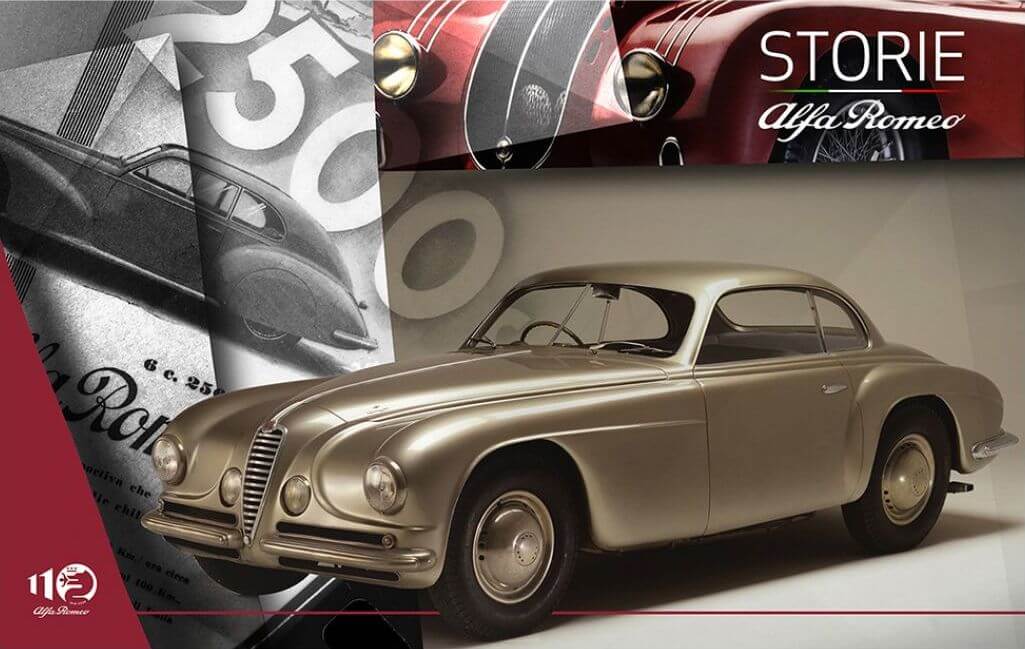 In the spring of 1949, when the Alfa Romeo 6C 2500 with coachbuilding by Touring made its appearance on the Cernobbio stage, it was clear to everyone which car would win the Gold Cup. Its originality and unique lines were so overwhelming that it seemed only natural to confer upon it “ad honorem” the name of the most important Elegance Competition in the world.

But the Alfa Romeo 6C 2500 Villa d’Este model was not only a peak of beauty. This car was both an ultimate feat in creating artisan bespoke cars, and at the same time a turning point towards a more modern manufacturing organisation.

An international engineer from Treviso

Go back a decade to when the 6C 2500 was launched, in 1939, and the Portello factory had already been run for six years by engineer Ugo Gobbato, who brought wide-ranging industrial experience to Alfa Romeo.

Gobbato’s background included a degree in mechanical engineering, periods directing the Marelli works and the Lingotto in Turin and experience as one of the main creators of the “green fields” project for building the first huge ball-bearing factory in the Soviet Union.

A down-to-earth man who was at home in the workshops, Gobbato often chatted with his teams and always stubbornly tried to understand how to improve efficiency. From his arrival, his first focus was on studying things that were substandard: faulty machinery, “a factory lacking harmony” with too much “false movement of materials.” Based on this analytic diagnosis, Gobbato launched his cure. He expounded his methods in two manuals published in 1932, with the title “The organization of production factors”. He devoted himself to theorising and carrying out a well-planned synthesis between a modern manufacturing system and the tradition of artisan precision that had characterized Alfa Romeo until then.

“Rational production but not mass production”, was the aim, mostly achieved through the hiring of a new generation of young engineers. And with them, implementing a series of new rules and modern methods. These included a more clearly established hierarchy, precise responsibilities and proportional salaries.

Evolved directly from the 6C 2300 and the 2300 B that preceded it, the 6C 2500 inherited various important technical innovations, like the rear torsion bar suspensions with telescopic shock absorbers and hydraulic brakes instead of mechanical ones.

Performance was brighter and more agile, while power levels shot up to 110hp in the Super Sport, capable of 105.6mph. It made its racing debut by winning the 1939 Tobruk-Tripoli race with a “thick wing” bodywork, which integrated the bumpers with the body.

Once again, the technical uniqueness of the model and its sporting successes became the key to attracting an elite clientele. Production began with the five or seven-seater Turismo versions, Sport and Super Sport with short wheelbases were to be entrusted to external coachbuilders. Despite the price (ranging from 62 to 96 thousand lire), market reaction was highly positive. It became a great turnover success: the 159 units sold earned as much as 1,200 Fiat 508 Balilla cars.

The return of the Alfa Romeo 6C

After the Second World War, factories had to be reconverted from war to civilian production. The Portello plant had been severely bombed in 1943 and 1944, and was extremely damaged. Starting all over again was a complex challenge and, almost inevitably involved reviving the company’s last model, especially since various 6C 2500 mechanical parts had survived.

In 1945 it was only possible to assemble a handful of versions of the 6C 2500 Sport, but technicians and laborers gazed at them as if in a dream. Outside the Portello factory, Milan and many other Italian cities had been reduced to rubble and the country’s economy likewise. Companies had to buy the necessary materials and fuels for their factories directly on the black market.

In 1946 production rose to 146 units, between finished cars and chassis sent to coachbuilders. One of the latter was made into a convertible version and transported to the Paris Motor Show, but as a defeated country Italy was excluded from the event.

An enterprising coachbuilder however parked his car in front of the entrance to the Gran Palais and every evening took it to the Place de L’Opéra. This was enough to ensure the success of the car and its creator, Battista “Pinin” Farina.

Also in 1946, the original Freccia d’Oro was built on a Sport frame in Portello. It featured a short and rounded rear that reflected the latest developments in aerodynamics. This model would go on to inspire numerous ambitious versions. Pinin Farina created an elegant coupe with groundbreaking lines and a prizewinning berlinetta for the Cernobbio Competition. Achille Castoldi, the powerboat champion, bought a Touring coupe and used the same tactic at the Geneva Motor Show as Farina had done in Paris.

Tyrone Power drove his Alfa Romeo 6C 2500 all over Rome, Juan Peron and his wife Evita wanted one to show off in Milan. It was bought by household names like King Farouk of Egypt and Ranieri III of Montecarlo.

On 27th May 1949, when Rita Hayworth arrived to marry Prince Ali Khan at the town hall in Cannes, she was driving a 6C 2500 model she had just received as a wedding present. This model had an elegant grey body, with a deep blue bonnet and upholstery that perfectly matched the bride’s outfit. The wedding had originally been planned for early May, but it was postponed due to the Superga air tragedy, where the entire “Grande Torino” football team perished. The Prince was a soccer fan from Turin.

The 6C 2500 SS “Villa d’Este” was one of the last Alfa Romeo models to be built with a supporting frame separate from the bodywork. Only 36 examples were made, all of them ‘one off’ creations, following the desires of its owners and the inspiration of its coachbuilders.

Departing from the 6C 2500 SS Coupé, built by his own Touring coachbuilding company, Bianchi Anderloni introduced major changes. The front was redesigned, with the four headlights better integrated within the bodywork, and two superimposed elongated cooling sockets were added. The wheel arches were integrated with the sides, but clearly visible. The windscreen was split in two parts and inclined. The back was very low and pronounced, with two small, elegant round headlights clearly visible.

A masterpiece of twentieth-century motorcar art was born. In the 1949 edition of the Villa d’Este Elegance Competition, this car won the “Grand Prix Referendum”, the prize awarded directly by the public, forever marrying its name with the event.