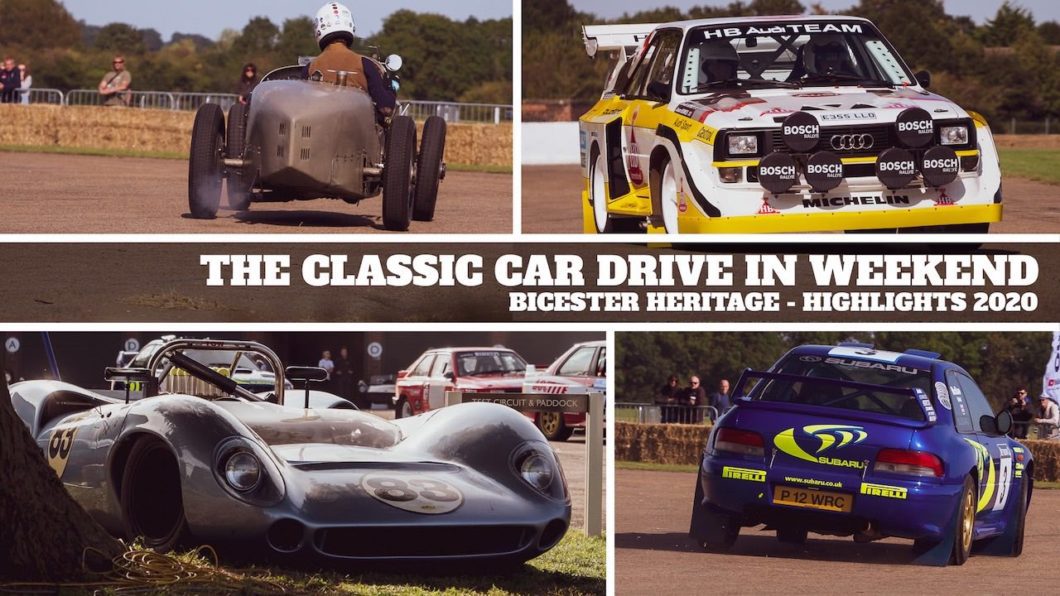 The Classic Car Drive in Weekend got off to a flying start last weekend at Bicester Heritage. The inaugural event, organised by the team behind the London Classic Car, welcomed over 8,000 petrolheads to the wonderful backdrop that is the former WW2 RAF base on the edge of the ancient Roman town of Bicester.

The four day weekends action kicked off on the Friday with 1,000 automobiles of all ages going on display at the old airfield. Visitors were treated to a brilliant array of car clubs from across the UK and surrounding areas. Due to the ongoing COVID restrictions for public events, all display cars were spread out across the airfield, which allowed owners and ticket goers to move freely and keep to social distancing rules.

Also attending the inaugural The Classic Car Drive in Weekend was the Waterloo Classics Car Club. On display was club founder Darren Sullivan Vince’s BMW 502 V8, Take to the Road’s own Vauxhall Viceroy, the one of a kind WB Special and of course the Unipower GT, which was featured earlier this year.

Along with the fine selection of car clubs and exhibitors, visitors had the opportunity to browse the impressive catalogue of motors that were auctioned that weekend by Bonhams MPH. There were cars to suit all tastes and budgets, from restoration projects to high end collector cars. More than £1m lots went under the hammer in Hanger 113, making it a very successful weekend for Bonhams.

The centre piece display over the weekend however was the live action that took place on Bicester Heritage’s own test track. Motorpsort fans were treated to a fantastic spectacle with over 60 motorsport icons revving up for hot laps around the circuit. It was a superb live display, with vintage racers and historic Grand Prix cars in action.

The paddock was a hive of activity as drivers and their mechanics prepared the cars for demonstration sessions. Visitors were able to wander through the paddock and admire these rare racers up close, all whilst maintaining the required social distancing.

Plus there was a special tribute to rally legend Colin McRae who became the first British driver to lift the World Rally Championship title exactly 25 years ago in 1995. A total of 5 Subaru rally cars that were driven by the late rally legend were on display, with each one driven in anger around the track. The sight and sound of these legendary Subaru’s in action really was something else and it was a fitting tribute to the achievements of Colin McRae.

Continuing with the rally theme were a pair of bonkers Audi Quattro rally cars, which tore up the track over the weekend. The whoosh of the turbos and the squeal of tyres made onlookers grin with glee as they raced round the track. Which, as you can imagine, didn’t take them very long to get round!

Spectators were also treated to fantastic live demonstrations from a wonderful mix of vintage and classic racers, with many of the cars regular competitors on the historic racing calendar.

After a very long and difficult summer it really was a very special weekend at Bicester Heritage. It was the perfect opportunity for owners and drivers to blow of some steam on the track, plus it was a rare day out for enthusiasts who relished the opportunity to see rare racers in action in what is very likely to be one of the last live events on the motoring calendar. The organisers of the The Classic Car Drive in Weekend are to be congratulated for staging such a successful event in very challenging circumstances.