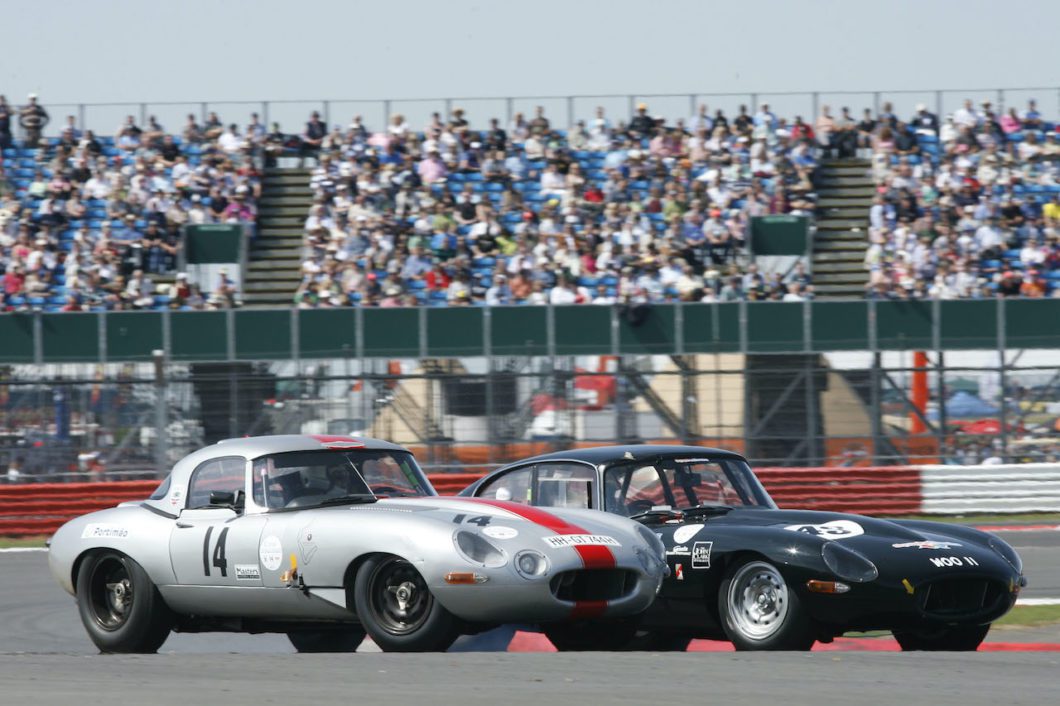 The Classic 2021, which returns this summer, will serve up a double dose of automotive anniversaries. Major marque and model milestones have also been added to those already rolled over from last year’s postponed staging of the world’s biggest classic motor racing festival.

Kicking off on 30 July until 1 August, The Classic at Silverstone 2021 will also carry forward from last year the event’s very own special 30th birthday party. Among the highlights originally planned to mark the landmark anniversary, is a crowd-pleasing ‘greatest hits’ racecard featuring some of the worlds finest historic race cars.

An unprecedented gathering of stunning Triumph Stags has also been rescheduled for this summer’s showpiece to mark the 50th anniversary of the much-loved Michelotti styled 2+2 sports tourer, albeit now 51 years after its launch in 1970.

Among a host of other birthdays being carried forward from 2020 are Alfa Romeo’s 110th, the 70th of the Volkswagen Type 2 Transporter, and notable tributes to 50 years of both the Range Rover and Datsun 240Z.

Providing visitors to Silverstone with twice the spectacle come the end of July, these delayed festivities will be joined by a glittering array of new motoring 2021 milestones crowned by the 60th birthday celebrations for the iconic E-type Jaguar.

The British sportscar’s diamond jubilee will be honoured in terrific style with special displays, a track parade on the famous Grand Prix circuit plus a spectacular showdown featuring an incredible grid of more than 50 competition-prepared E-types. It is not to be missed.

Other notable 2021 birthdays being acclaimed at the 2021 Classic include the innovative Lancia Lambda’s centenary, the diminutive MG midget’s 60th, the 50th anniversary of the Mercedes-Benz R170 SL, the 40th of the time-travelling DMC DeLorean, and the ever-exciting Lotus Elise’s 25th. Porsche’s first generation Boxster is another much-loved – and reasonably priced – sportscar turning 25 in 2021.

“A double dose of anniversaries at The Classic this summer promises twice the spectacle and a much-needed tonic for all classic car enthusiasts after all the challenges of 2020.” said Nick Wigley, CEO of The Classic promoter Goose Live Events. “We are bringing forward all those great plans we had for The Classic’s 30th birthday party last summer and now adding them to all of 2021’s own anniversaries. It’s going to be an incredible turn-out even by The Classic’s own record-breaking standards… and we all need something to look forward to.”

In recent times, The Classic has become the epicentre of automotive anniversaries with ever-increasing numbers of dedicated car clubs choosing to honour their key milestones with massive gatherings at the home of British motorsport.

Encouraging classic car drivers to join the party, members of registered car clubs can take advantage of an exclusive display package. These provide two adult general admission tickets together with an infield parking display pass enabling owners the chance to display their car and mix with like-minded enthusiasts right at the heart of event.

What’s more, there is a special 30th anniversary celebration package for all those with a pre-1990 classic car and not a member of a registered car club. This one-off offer also includes a track parade on Friday.

General admission for adults starts from £39 with the price of full three-day weekend tickets currently frozen at £105. Free admission is offered to accompanied children aged 10 and under while day tickets for those aged between 11 and 15 are priced from just £6. Ticket prices will be subject to increases in the build-up to the event.

Full details of tickets for The Classic 2021 at Silverstone can be found at: www.silverstoneclassic.com.