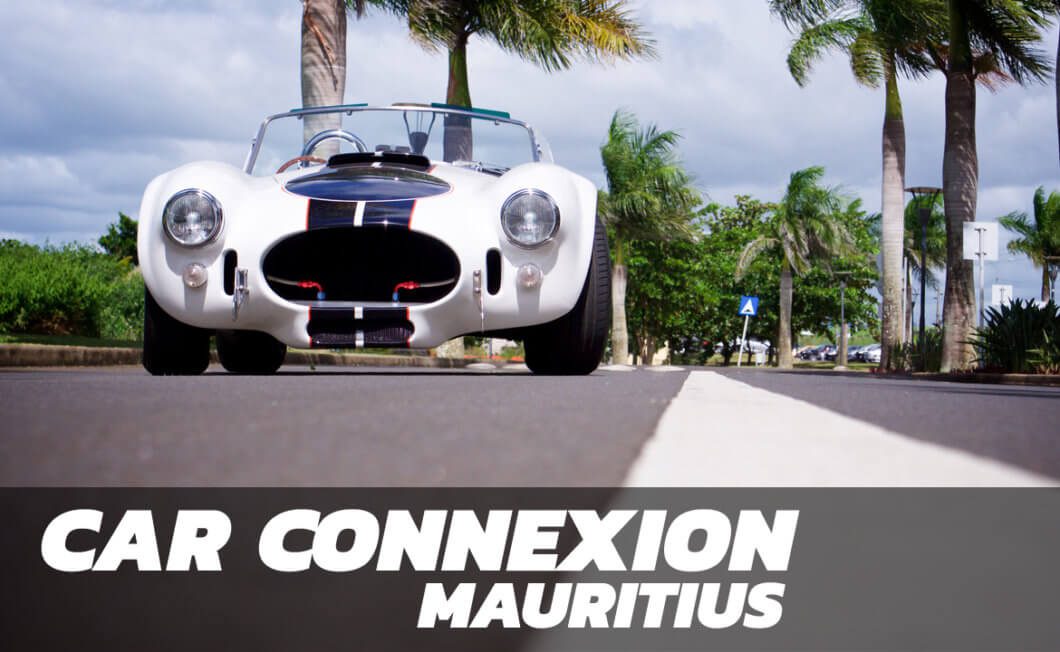 Take to the Road recently took another trip to the sun soaked island of Mauritius. After last years expedition where I explored the island looking for classics cars, I decided to go on the hunt once again to see what other old gems I could find. However instead of focusing on the street cars of Mauritius, I decided to check out the high end classic car scene. Which lead me to spend a day with the team at The Car Connexion.

The Car Connexion, located in Cottage in the north of the island, was founded by Brian Burns just over two years ago. It is one of the islands premier classic car dealers and offers both sale, service and restoration services, combining Brian’s dealership network expertise with his passion for classics. Brian very kindly invited me to his showroom and gave me a guided tour of his operation and of course, some of the fine classics on display.

When I first arrived at the showroom I was greeted by an interesting Sunbeam Alpine MkIV, which was basking out front in the warm sun. Upon seeing the model that was the first true James Bond car, I knew I was in the right place.

Another car that immediately caught my eye in the showroom was a fabulous Bristol 401. This car belongs to a family member and will be going into the workshop for a restoration. The Bristol 401 is one of the finest and most attractive cars ever made by Bristol Cars and to find one on the island was pretty special indeed.

Next to the gentleman’s touring saloon was something on the other end of the scale, a v8 powered AC Cobra replica that was part way through its build. The Cobra is actually the model that Brian and his team specialises in and over in the other part of the showroom was a rather special AC Cobra indeed.

After the tour of the workshop it was time to check out the Cobra! This absolute beast was sourced from Germany as a restoration project. It was subjected to a total strip down and ground up rebuild, with particular attention given to the chassis. Rather than having it hot dipped in aluminium (the island hasn’t got a tub large enough for such projects), the chassis was instead powder coated in aluminum.

Under the hood sits a heavily customised Ford 351 Windsor V8 which has been treated to a performance head, fuel injection, an up-rated cooling system and a bespoke stainless steel exhaust. The custom modifications mean this AC Cobra produces something in the region of 600BHP! A Tremec five speed gearbox helps deal with all of that massive torque.

As you can imagine the rumble from the V8 was pretty special. It was so good we could actually hear it being fired up in the showroom while Brian showed me round the workshop downstairs!

The Cobra firing up was the sign that it was ready for a run in the sun. Brian then took me for a quick run on the local roads, treating me to an open air V8 blast! The sheer power from the V8 was immense with absolutely brutal acceleration and phenomenal braking. The soundtrack was pure heaven and with the warm 28 degree sun beating down, it was a stunning day for a drive.

The Cobra’s handling from a passenger perspective felt very good indeed. It was nice and tight in the corners with the to be expected slight twitch from the rear end if a bit too much of that 600BHP was applied. But that just added to the sense of excitement. This car could get you into a lot of trouble very quickly!

When we returned to the showroom to say I was grinning from ear to ear was an understatement. Hats off to Brian and his team for producing a superb homage to the legendary AC Cobra!

The visit to The Car Connexion finished off on a more relaxing note when I was handed to keys to a very rare 1968 Rolls Royce Silver Shadow 1 Drophead Coupe. This particular coupe had made its way over from Australia and given how rare this particular model is, it was surely the only one for sale on the island of Mauritius.

Finished in dark blue with a contrasting cream interior with dark blue piping, the convertible Rolls looked especially regal. And with the sun beaming down it was the perfect day for a luxurious waft down the road.

The first impression on sitting in the Silver Shadow Drophead was one of extreme comfort. You literally sink into seats that feel so soft they would rival the greatest arm chair ever created. Which only helps convey the quality of this Rolls Royce’s luxurious interior.

After a moment taking in the leather and the wood, it was time to fire up that V8. The large 6.7ltr lump had a lovely discreet burble and with the automatic gearbox dropped into drive, the Rolls wafted itself down the road.

The magic carpet ride of classic era Rolls Royce cars have long been praised and I am certainly not the first person to wax lyrical about the experience. However the only way to appreciate the level of smoothness and the quality of the refinement is to get behind the wheel for yourself. As you waft down the road in outrageous comfort, you need to remind yourself that this car was built in 1968! It really is remarkable what Rolls Royce achieved all those years ago.

Whilst I marveled at the what the British marque had engineered I turned my attention to the steering. I was aware of Rolls reputation for finger tip lightness but I have to say it really is exactly like that. One can command this car, which weighs quite a bit, with absolute finger tip precision. Which just adds further to its relaxed feel. The engine itself actually has a surprising amount of poke, if one feels the need to accelerate quickly. But this type of ride isn’t about speed. It is about style and grace.

I have to say when I had the keys back to Brian’s team I wished I could have hung onto them for a bit longer. Such was the impact the Rolls Royce Silver Shadow 1 Drophead Coupe had on me. I had better add it to the list of must own cars, which keeps growing every time I drive something special.

So the Rolls Royce experience was a fitting end to my visit to The Car Connexion of Mauritius. I would like to thank Brian and his team for their hospitality and letting me sample a slice of the high end classic car scene on the island.