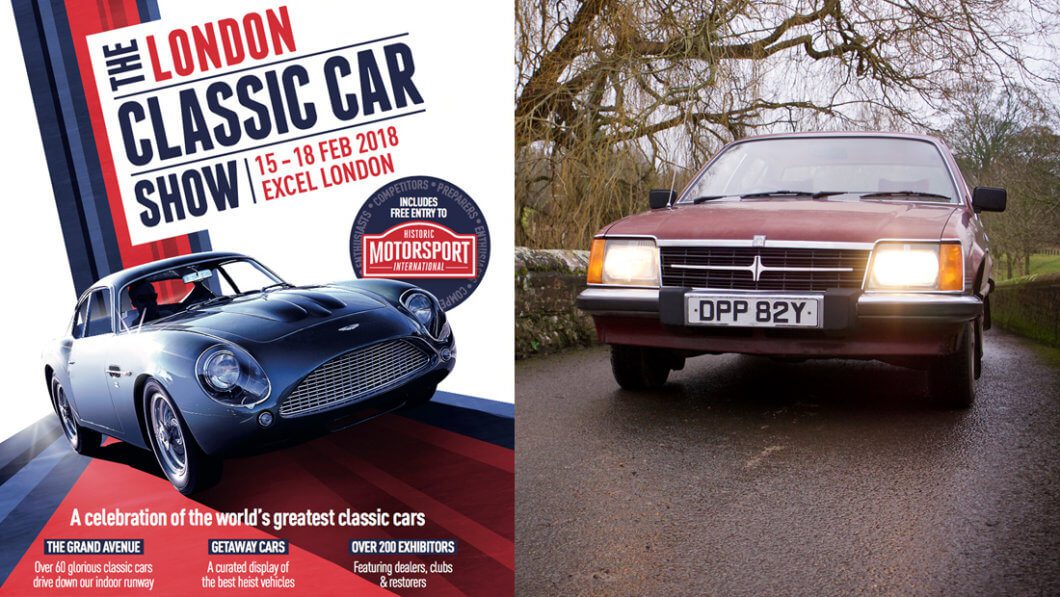 I am delighted to announce that my rare 1982 Vauxhall Viceroy will be on display at this years London Classic Car Show! The event is on from Thursday 15th to Sunday 18th of February at the ExCel Exhibition Centre in London. And my rare Viceroy will be there on Thursday and Friday!

If you are going to the show come and say hi. You will find me on the Waterloo Classics Car Club stand. All the car clubs attending the London Classic Car Show can be found in the same hall as the Historic Motorsport International exhibition. Which is a worth the entry price all by itself.

So as you can imagine I have my hands full getting the Viceroy ready for the show. The issues with the carb certainly haven’t helped and I’ve lost a few weeks waiting for parts to arrive. So between now and the show in around two weeks, I need to get the carburettor tuned, clean and detail the exterior and give the paint a good polish. The interior also needs a spruce up too. But one item so far ticked off the list is the engine bay. I’ve gave this a clean yesterday. It won’t win any prizes but it has removed some of the 36 years worth of grime from under the bonnet!

But despite the pressure to get the car ready, I can’t wait take it to the show. It will be its big day out in the capital and a chance for visitors to see one of the rarest Vauxhall’s in the UK. Some might even remember it from when the Viceroy was launched in the 1980s. It will be interesting to see what people make of it! I’m sure it will turn a few heads.

It really is worth the trip to London!

If you haven’t been to the London Classic Car Show before, it really is worth going. First of all it is huge and second, it is full of amazing classic cars. They are everywhere! Plus the Grand Parade is fantastic to watch. See and hearing all the rare and exceptional exhibition cars drive up and down is a sight to behold. Just make sure you pick your spot otherwise you won’t be able to watch the cars zoom up and down. As you can imagine it gets very busy! And to give you a flavour of what’s on at the show, check out my highlights from when I went in 2017 (read it here) and in 2016 (watch my video highlights here).

The team at the London Classic Car Show have generously given me two tickets to give away to this years show! Which is fantastic! The competition will be open on my Twitter account this evening from 8pm. I will announce the winner at 8pm on Tuesday 6th February. The competition is only being run on Twitter, so apologies to those of you who are not on it! But if you are on Twitter and want to enter then just click here to go straight to my Twitter account.

And if you can’t enter but still want to attend the show, click here to book your tickets.