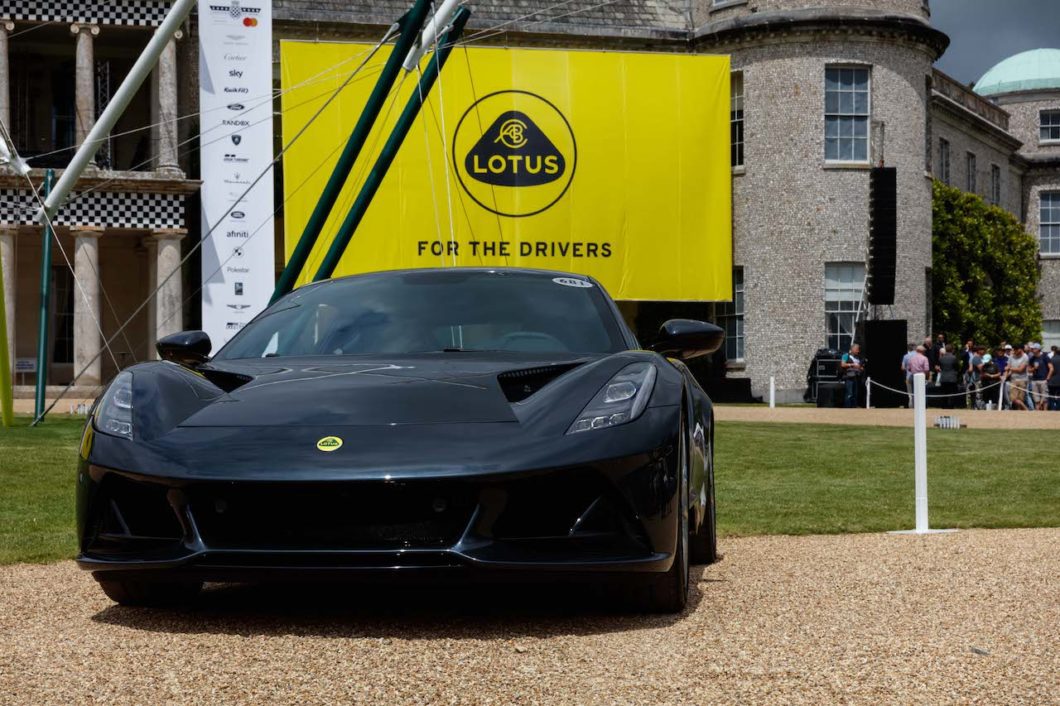 The brand new Lotus Emira, which was unveiled to the world for the very first time last week, made its public debut at this year’s Goodwood Festival of Speed.

The Emira will be the Norfolk based firms last ever petrol engine sports car and marks a significant milestone for the company founded by Colin Chapman.

Building on the legacy of the Elise, Exige and Evora, the new Emira is powered by two petrol engines. The first is a new 2.0 litre turbocharged i4 engine from partner AMG and the second, a Lotus honed 3.5-litre V6, which will be available for the limited production “First Edition” models.

With the new Emira receiving critical acclaim after its highly anticipated unveiling just 48hrs before the Festival of Speed, Lotus brought their new sports car to Goodwood for the weekend, giving the public their first opportunity to see the future for the British company.

In front of tens of thousands of passionate motoring fans, the all-new Lotus sports car took part in the famous Hill Climb, visited the Michelin Supercar Paddock live stage and took part in the spectacular Lotus Moment parade in front of Goodwood House – complete with Lotus-themed yellow and green fireworks.

Huge numbers of visitors came to the Lotus stand to see the Emira up close. Such was its popularity that crowd control measures had to be implemented within minutes of the Goodwood gates opening at 7am, and a queueing system to access the stand was in force all day. Many were keen to discuss details of the car’s spec and place their Emira order.

The Emira was also driven by the Duke of Richmond, the organiser of the Festival, with Matt Windle, Managing Director of Lotus Cars, in the passenger seat.

All the action came less than 48 hours after the Emira’s world premiere at Hethel, Norfolk, on Tuesday night, live in front of invited guests and to all corners of the globe via a livestream broadcast. This was quickly followed by the models first public outing in the UK.

Lotus was the ‘Featured Marque’ at this year’s Festival of Speed, and the Emira was joined on the stand by an Evija all-electric hypercar, an Elise Sport 240 Final Edition and the track bike developed in part by Lotus Engineering for British Cycling.

This year’s Festival celebrated the sporting and technical achievements of Lotus, and the theme of the Festival’s ‘Central Feature’ was a dramatic art installation in front of Goodwood House. It conveyed the very essence of Lotus, the core engineering and design principle of lightness, which was instilled from the very beginning by Colin Chapman.

Matt Windle commented: “Our stand staff didn’t stop talking to people about the Emira all day. So many had watched the livestream on Tuesday, love the way the car looks inside and out, and wanted to share how thrilled they are to see the transformation that is taking place at Lotus. We had an amazing day at Goodwood and are looking forward to the rest of the weekend.”