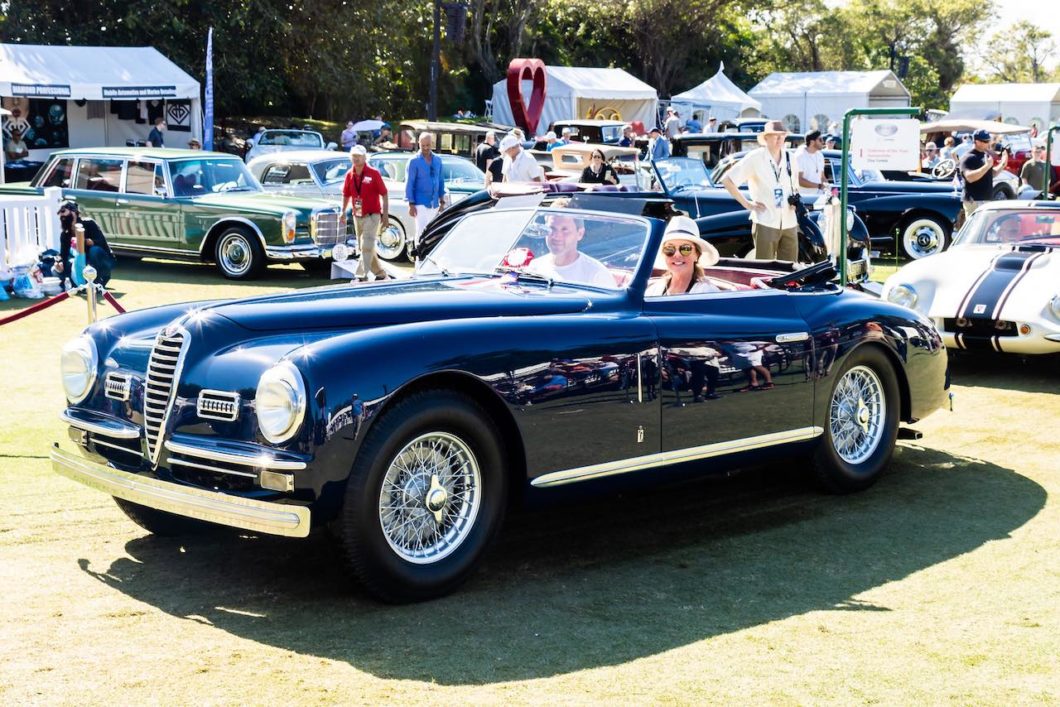 The 15th Annual Boca Raton Concours d’Elegance, presented by Mercedes-Benz and AutoNation returned to The Boca Raton in South East Florida on February 25-27, 2022. A glittering array of cars and stars turned out over the weekend, with the event drew thousands of automotive enthusiasts and collectors from around the world.

Founded by Rita & Rick Case of The Rick Case Automotive Group, the Boca Raton Concours d’Elegance is known as the world’s largest Concours owned by a charity, and fully benefits the Boys & Girls Clubs of Broward County, which serves more than 12,000 at-risk youth. “To date, the event has raised more than $10 million for the charity,” says Event Co-Founder Rita Case.

This year’s event was Co-Chaired by Marc Cannon, Executive Vice President of AutoNation and Rita Case, President and CEO of the Rick Case Automotive Group.

The Concours weekend kicked off on Friday, February 25th with a Private VIP Welcome Reception at The Boca Raton. The invitation only event was exclusive for “Automotive Lifetime Achievement Award” Winners, “Big Wheel” Members, Celebrity Guests and VIP Sponsors.

The weekend culminated with Sunday’s “Concours d’Elegance”— a premier celebration of automotive history, featuring hundreds of vintage, antique and exotic automobiles and motorcycles. All proceeds from the weekend benefited the Boys & Girls Clubs of Broward County.

The Grand Gala Dinner and Auction held on Saturday, February 26th at The Boca Raton treated guests to an elegant cocktail reception, gourmet dinner and auction included a 2022 Maserati MC20, Kia V6 and a Ford Bronco plus an original Jeff Gordon NASCAR racing uniform and other one-of-a-kind experiences.

Sunday, February 27th marked the pinnacle of the weekend, the 15th Annual Boca Raton Concours d’Elegance. Grand Marshal, Wayne Carini, host of television’s “Chasing Classic Cars,” played a significant role in one of the world’s largest automotive events. Event guests marveled at over 200 meticulously restored cars and motorcycles from every period—some one of a kind. Guests walked the show field, as judges critiqued the masterpieces and met the owners, who competed for top prizes and national recognition.