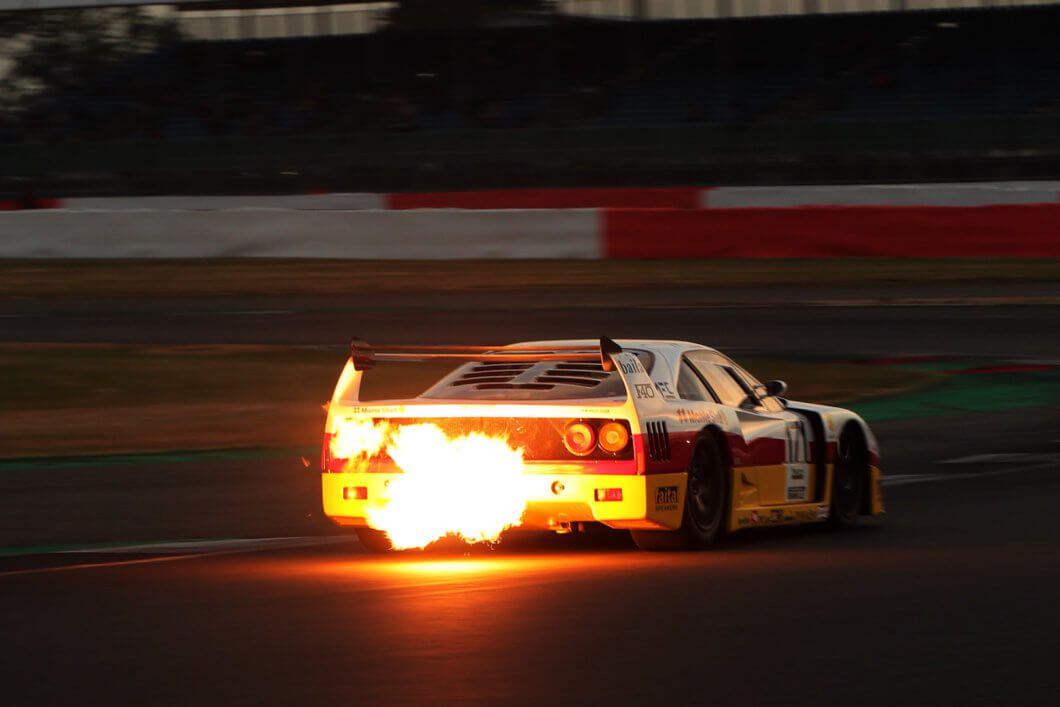 Many of motor racing’s brightest stars came out to play on the third and final day of the 2018 Silverstone Classic to bring another memorable festival weekend to a shimmering conclusion.

Dubbed Tin-Top Sunday in honour of celebrations to mark the 60th anniversary of the British Touring Car Championship, an illustrious line-up of high-profile drivers both from today and yesteryear, lit up the time sheets on an exhilarating day of wall-to-wall retro racing.

Together with an abundance of marvelous parades from dozens of the country’s top car clubs and a huge array of family-orientated activities to entertain event goers of all ages, the Silverstone Classic once again attracted in excess of 100,000 visitors to affirm its coveted status as the world’s biggest classic motor racing festival.

The riveting racing action was complemented by a show-stopping parade to mark 60 years of the BTCC featuring racing cars spanning six decades. There was everything from a glorious Austin A105 Westminster raced by Jack Sears to the inaugural BTCC (née BSCC) title in 1958. Plus the 2017 BTCC title-winning Subaru Levorg GT as driven today by touring car legend Jason Plato.

On a fabulous weekend rich in racing diversity from the first green light to the final chequered flag, Sunday saved some of the best action until last, not least in the FIA Masters Historic Formula One as Nick Padmore – this time starting from a reversed eighth on the grid – scythed his way to the front to claim a second win of the weekend in his ex-Carlos Reutemann Williams FW07C.

If the action was riveting on-track, the spectacle was simply resplendent off it as acres of exquisite machinery dazzled in the hot summer sun. With thousands of beautiful automobiles taking to Silverstone’s hallowed asphalt to enjoy their own lap of honour over the weekend, it was the turn of the British Leyland 50th Anniversary and Sprite 60th Anniversary to revel in their moment in the Silverstone sun on Sunday.

Together with the huge variety of entertainment, including Mike Brewer’s Car Clinics presented by Haynes Publishing, tyre-shredding Streetcar Shootouts, the Yokohama Chelsea Skills Zone for budding footballers and the JET Village Green – complete with funfair rides and racing simulators – the 2018 Silverstone Classic provided a veritable feast of fun for the whole family like never before.

“Every year the Silverstone Classic just gets bigger and better,“ enthused event CEO, Nick Wigley. “Once again, it’s been a non-stop weekend packed with epic races, record track parades, vast car club displays, some truly fabulous family entertainment plus a great Saturday evening performance by UB40 – with so much terrific entertainment, it’s no surprise that so many are now staying with us for the full three-day festival. The dust hasn’t yet settled at Silverstone but we are already planning an even more spectacular Classic next summer.”

Additional Photos from the 2018 Silverstone Classic