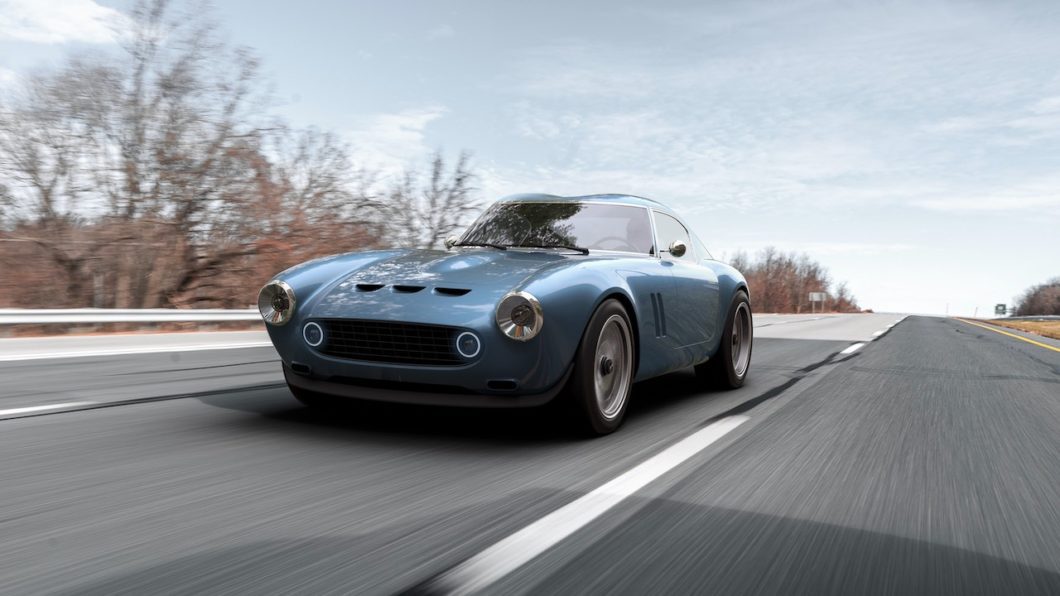 GTO Engineering has confirmed that its new V12 powered sports car will be called Squalo. First unveiled in November 2020 and codenamed Moderna, it is a hand crafted sub-1,000 kg sports car that celebrates the best of Sixties motoring, all combined with modern and motorsport-derived engineering. With the production name now revealed, the first finalised images of the exterior and the new 4.0-litre quad-cam engine have been released.

Squalo, which means shark in Italian, has been chosen for GTO Engineering’s all-new car due to its shark-like look, instincts and speed. Since the first sketches of the sports car broke ground last year and the subsequent revealing of detailed 3D imagery in February, the team has been working behind the scenes on updated surfaces and the production-ready engine alongside a completely bespoke wheel and tyre package.

With the project now gaining momentum and pace as it works towards the production-ready car, GTO Engineering and its design team has signed off on the all-important exterior aesthetics including the door handles, wing mirrors, as well as working on a bespoke alloy wheel, which will be available in 18”. The tyres, which will be produced by a leading manufacturer in conjunction with GTO Engineering, are also in development.

The GTO Engineering Squalo will stick to the same principles since the car was announced: sub-1,000kg, with a manual gearbox, inspired by the Sixties sports cars of old but with  modern engineering principles and materials. The Squalo will be powered by a bespoke V12 engine, in keeping with GTO Engineering’s ethos, and both engine and the complete car will be built completely by the firm from the ground up at its UK HQ.

The engine has been announced as a quad-cam V12, but following the last update in February it has had significant aesthetics and light weighting engineering upgrades including the surround of the carbs removed to ensure you can see the open trumpets when the bonnet is opened. More news on the engine’s capacity, calculated bhp figures as well as a target weight for the engine will revealed next month.

“There’s been an outpour of admiration for what we’re doing here and we realise a little bit of scepticism whether we’re actually making this: a V12-powered, sub-tonne sports car with a Sixties feel but modern reliability, enjoyment and manufacturing quality. We’re here to hopefully set the record straight to say yes, it’s happening and we’re sticking to our original ethos for the car as well as timing promises for production. We are also delighted to have early adopters and customer orders received already, and we thank them for the trust in our vision and business,” said GTO Engineering Managing Director and Founder Mark Lyon.

“It’s often the small parts of a car that take the longest time. We’re now at a stage where the design models are being created here in the UK and soon we will announce our technical partners working with us on the exterior manufacturing and interiors, as well as wheels and tyres. In all my years working in the [automotive] industry, I’ve never been as excited about the creativity of manufacturing and design as I am now.”

This update follows the initial renderings and intentions for the new vehicle, which was initially announced in November 2020. Since then, the team continues to grow with in-house and external consultants collaborating together, all working on the same goal to create one of the most exciting enthusiast cars of the decade, with the first customer deliveries in 2023.