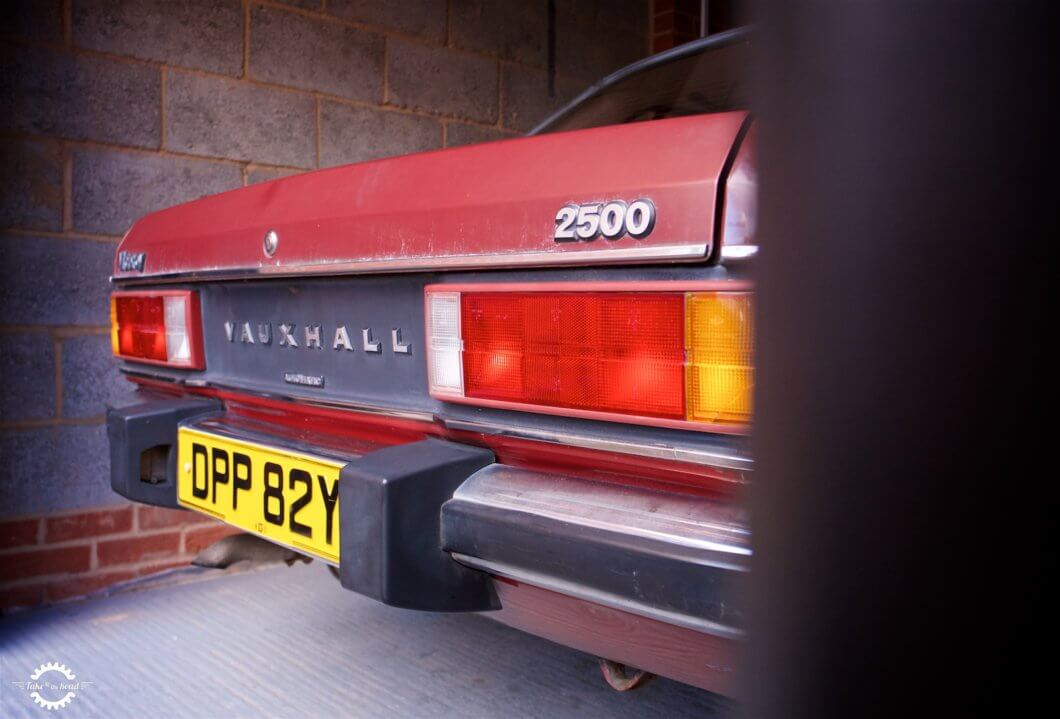 Just over a month has passed since I released my feature film about my new bargain classic, the super rare 1982 Vauxhall Viceroy (if you’ve missed it you can watch the film here). So what has been happening with the car since then? Well quite a bit actually and most of it has been down to a certain Zenith 35/40 INAT carburetor. And not all of it has been good!

When I bought the car the seller mentioned it was stalling every so often, likely due to some stale fuel in the carburetor. The solution was to pop it into neutral if it stalled. And sure enough on the drive home I quickly found out that every time I braked and slowed down for a roundabout or a junction, the Viceroy stalled. Now in a manual car it is relatively easy to manage this. All you need to do is balance the clutch and the throttle. Not quite the same level as Aryton Senna’s legendary pedal skills, but it can be done. But the Viceroy you see is an automatic, which made it almost impossible to prevent it from stalling.

So as you can imagine the drive home was shall we say, interesting. A visit to the local garage confirmed what I had suspected and that was a gummed up carburetor. All it needed was a carb strip down, a good clean, a rebuild kit and it would be right as rain. And this is where I got my first taste of owning a rare car.

You see the Vauxhall Viceroy wasn’t built by Vauxhall. It was instead an Opel Commodore C, rebadged as a Vauxhall. That meant it was built in Germany and as a result used German components. After a bit of research I found out that the carburetor on the Viceroy was a Zenith 35/40 INAT downdraught unit. And this has proved to be a bit of a stumbling block. Zenith may have been a British company, but its carbs were made under license in other countries around the world. The “German” Zenith 35/40 INAT was actually used by BMW, Mercedes and Peugeot in the 1960s/1970s. And the problem I now found was trying to source a rebuild kit for it.

Phoning round a few carb spares suppliers drew lots of blanks. A few said “we only do British Zenith sir… you’ll need to try finding something in Germany”. Hearing these words I realised I now had a real problem. This wasn’t going to be easy. Eventually I found a supplier that had a rebuild kit for the Zenith. There was some confusion over the identity of the carb but they had some for that Vauxhall engine. It arrived the next day and I dutifully dropped it off with my mechanic. A few hours later I got a phone call… “It doesn’t fit mate! It’s the wrong kit!”

Oh great! After an initial feeling of success, it was back to hunting high and low once again for carb kits. This time I found another carb supplier that had the right one. A couple of photos of the model number and the body confirmed its identity as a Zenith 35/40 INAT! The kit arrived and once again dropped it off with my mechanic. I assured him this one was right. I wasn’t surprised when he said “ok” with a hint of skepticism.

A couple of days later the Viceroy was ready and I went to collect it. When I collected the keys my mechanic said he had some good news and some bad news. The good news was the carb was rebuilt. The bad news was that the automatic choke wasn’t working right. Which meant the 2.5ltr straight six was idling way too high in neutral. But it was fine to drive, as the revs dropped to a suitable level once it was in gear. Well at least that was progress, of sorts. Little did I know that the rebuild kit search would pale in comparison to what lay ahead.

The road to a reliable classic can be a stressful one!

So now I found myself researching Zenith 35/40 INAT carburetor automatic chokes. And what I was finding wasn’t good at all. All I was getting back were lots of comments on different forums with owners describing similar issues to mine. The solutions offered were to ditch the auto choke and fit a manual conversion. Great! Even more head scratching to do! And by now the Viceroy’s Zenith carb was really starting to suffer.

The choke problem had now gotten to the point that the only way to start the car was to remove the air filter can and stick a screwdriver down the choke flap to keep it open. This was the only way the Viceroy could start. Any normal start attempt meant the spark plugs got flooded with fuel. Which obviously isn’t supposed to happen. Not exactly turn key is it? More like turn screwdriver… So the solution now was to try and diagnose the automatic choke problem. It was time to get the spanners out and remove the carburetor.

After many hours trying to undo a stubborn nut (access at the back of the carb is very restricted), I managed to remove the Vauxhall’s Zenith carb. Now I could remove the automatic choke disc and have a closer look. Inside I was expecting to find a broken spring or a damaged bimetallic heating coil, or something along those lines. Much to my surprise I could see nothing wrong with the unit at all. Apart from a little bit of dust, it appeared to be in one piece.

Once again the head scratching returned. A quick conversation with a classic car owning friend lead me to test the choke heating coil. You see this part is supposed to warm up when you turn the ignition on. All I had to do was reconnect the wire and watch the coil to see if it moved and warmed up. A quick test revealed that the unit appeared to be dead. No movement. No heat. Nothing! I had finally found the source of the problem! The challenge now was finding a replacement part.

Why does nobody make automatic choke spares anymore?

So I found myself once again doing the rounds of all the carb suppliers, trying to find a replacement Zenith automatic choke. And once again I was hitting brick wall after brick wall. Undeterred my searches expanded to eBay Germany and France. There was a brief moment of excitement when I spotted the exact part I needed on eBay France. I saw the photograph and immediately knew it was for a Zenith 35/40 INAT carb. Then I realised the auction was from April last year. It was gone. And to add insult to injury the seller had had three of them in stock… all sold… Curses!!! I had missed them by eight months! By now it was not looking good. I even resorted to calling a few Mercedes restorers on the off chance they might have a few Zenith 35/40 INAT carbs lying around. Sadly that route drew blanks as well.

Fearing the worst, I made one last attempt to trawl the interwebs for this damn elusive part. It was then that I stumbled across an Opel parts website in the Netherlands called Classic Opel Parts Emmen. Sifting through their online catalogue there was mention of a Zenith automatic choke but the page for it wasn’t available. So I decided to brush off my finest Google Translate Dutch and fired off an email. Not long after that I got a reply saying the part was available from an Opel supplier in Germany and would probably take about two weeks to arrive. The slight concern was that the seller only had a parts description on microfiche, with no photo to confirm what it actually looks like. Was I feeling lucky? At this point I had nothing to lose.

So now I have wait two weeks to see if this elusive part will get the Vauxhall Viceroy back up and running. Did I expect something like this to happen? Of course I did. You never know what can rear its head on a cheap classic car. Plus tracking down parts for old cars can be stressful and time consuming. It goes with the territory and you’d be naive to think otherwise. It’s the bit they always gloss over on classic car restoration shows on tv.

But the moral of the story here is that a rare classic like a Vauxhall Viceroy can be a massive learning curve. Or a can of worms. Or both. Regardless of that I’m not giving up on this old barge. I won’t let it best me! It’s too rare to let that happen. On the plus side I’ve learned a bit of about Zenith 35/40 INAT carburettors. And automatic chokes. And Bimetallic coils….

What next for the Vauxhall Viceroy?

The big announcement is that I will taking the Viceroy to the London Classic Car and displaying it on the Waterloo Classics Car Club stand. This is very exciting. But also a little worrying as the clock is ticking! The car has to be in running order so I can drive it all the way to London.

The other big announcement is that I have received a UF8 Dual Action Machine Polisher from the team at Ultimate Finish. They specialise in detailing products for the auto industry and have their own detailing studio at Brands Hatch. Because the Viceroy has very flat paint, it needs to be cut and polished. And the UF8 Polisher will do just that. So a big thank you to Ultimate Finish! I can’t wait to get cracking and detail the Viceroys tired and neglected paint! And don’t worry, a detailing video is in the works for the YouTube Channel. So watch this space…