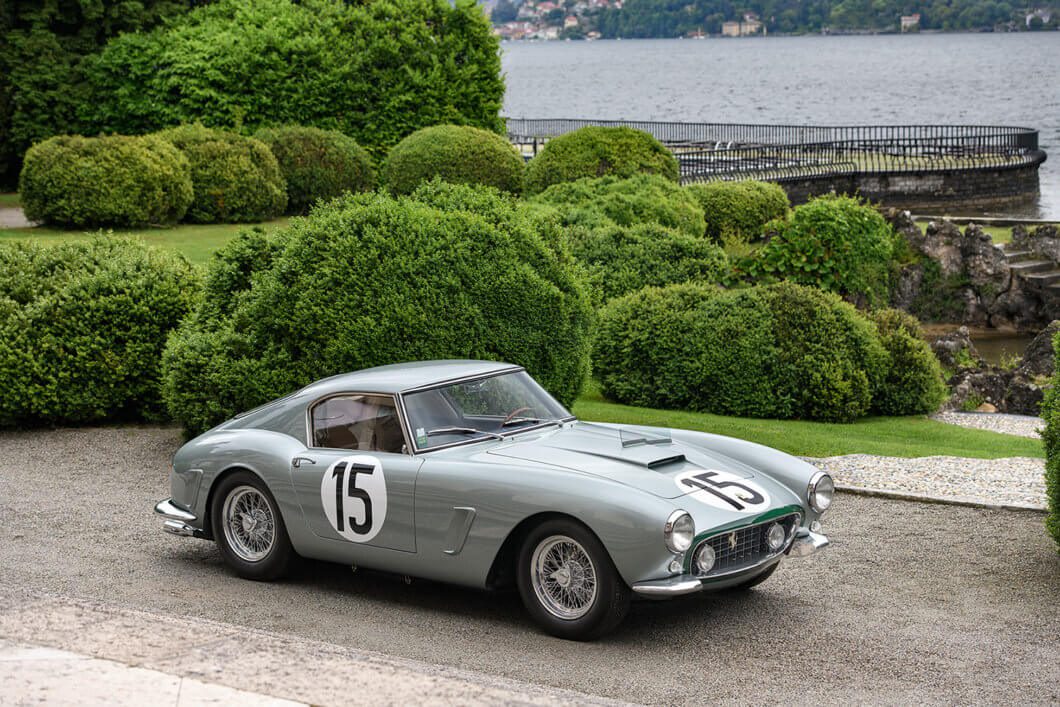 One of the Concours Classes at the much-anticipated 14th edition of Salon Privé (5th to 8th September) will celebrate the 60th anniversary of the highly-acclaimed and admired Ferrari 250 GT SWB Berlinetta.

First previewed in late 1959 at the Paris Salon, with small-scale production commencing in 1960, the short-wheelbase Ferrari 250 GT SWB Berlinetta dominated GT racing in the early 1960s. The SWB proved to be unbeatable in contemporary GT class competition, claiming the 1961 Constructor’s Championship for Ferrari. The Ferrari 250 SWB also won the prestigious Tour de France Automobile endurance race in 1960, 1961 and 1962, before moving aside to make way for the Maranello marque’s equally successful, and now legendary, 250 GTO.

Developed by Ferrari’s gifted ‘dream team’ of engineers – Giotto Bizzarrini and Carlo Chiti – the 250 GT Berlinetta SWB sat on a truncated 2,400 mm (94.5 in) chassis, taken from the ‘regular’ 250 for even better handling. This shorter chassis was mated to the fabled Colombo 3-litre V12 engine, developing a healthy 237 to 276 bhp and wrapped in a brutal but beautiful Pininfarina-designed coupe body. The SWB’s coachwork was handcrafted by Scaglietti in both steel and aluminum, with both body types used in various road ‘Lusso’ and racing trims.

Just 176 examples of the stunning Ferrari 250 GT Berlinetta SWB were built, 8 examples of which have been entered into the world-renowned Salon Privé Concours d’Elégance by Chubb Insurance, now one of the top 3 global Concours events alongside Concorso d’Eleganza Villa d’Este and Pebble Beach Concours.

The first of the two Ferrari 250 GT SWBs entered, chassis 3037, was the sixth right hand drive example imported by Maranello Concessionaires Ltd. It was supplied new in October 1961, finished in Rosso Corsa (Racing Red) with a black leather interior, and some competition features like the racing seats and outside quick release fuel filler cap.

It was displayed at the 1961 London Motor Show at Earls Court that month, and then repainted metallic grey before being used by the company principal, Colonel Hoare as his road car and demonstrator on UK registration number PR 99.

In early 1962 it was repainted once more, this time in blue, before being offered for sale. It has spent most of its life with UK owners, apart from brief periods in Europe and the USA, and was returned to its original Rosso Corsa colour scheme some years ago, and retains this to this day.

The second car, Ferrari 250 GT SWB Berlinetta Competizione, chassis 2009, was ordered new through Maranello Concessionaires Ltd. in England for Mr Graham Whitehead; a relatively well-known privateer racing driver of the period.  After many podium finishes in the ‘60s, and after several new owners, chassis 2009 was eventually sent to Ferrari Classiche in 2015 for a comprehensive restoration where the Ferrari Classiche Certification was granted.  Since the restoration the car has been exhibited at Ferrari’s 70th Anniversary Celebration at Maranello where it won “Honorary Jury Special Award” and most recently at Concorso d’Eleganza Villa d’Este.

“The inclusion of notable Ferraris are a must for any world-class Concours d’Elégance such as Salon Privé, and to have 8 significant models of the 250 GT Berlinetta SWB is a real honour and highlights the global reputation and status of our spectacular and exclusive celebrations at Blenheim Palace.”

More details can be found on the Salon Privé website.

Help Support Take to the Road and Independent Bookshops by ordering this Ferrari 250 GT book from Bookshop.org