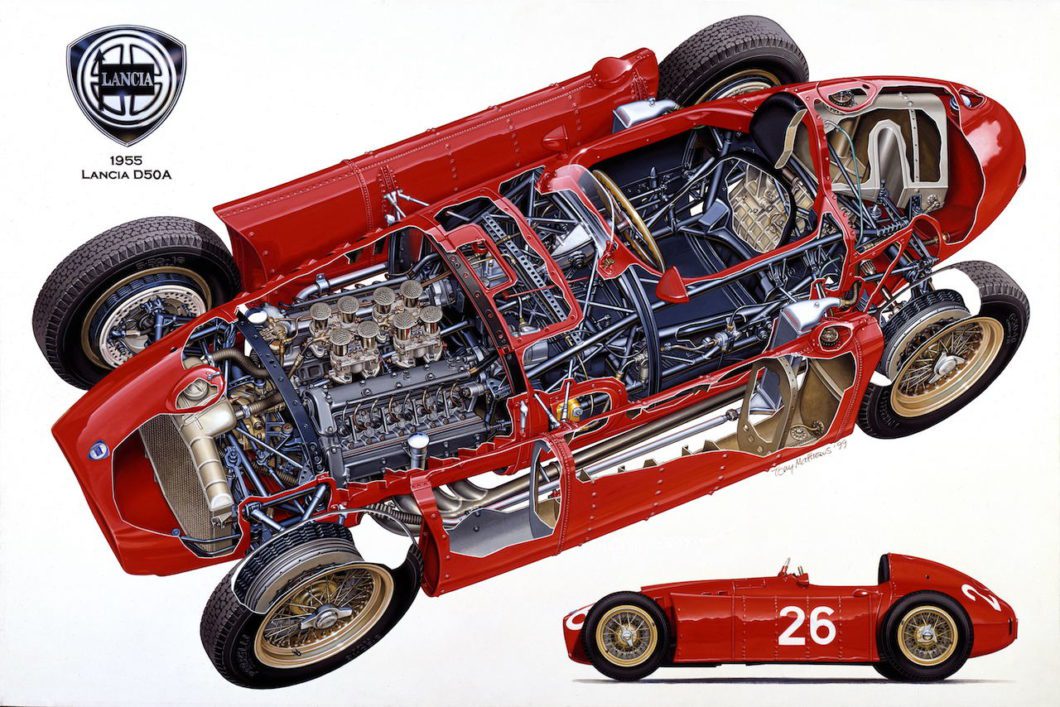 The annual Royal Automobile Club Art of Motoring exhibition traditionally talks place at the Pall Mall Clubhouse as part of London Motor Week and is the premier showcase for British automotive art. Rather than cancelling the 2020 edition due to the pandemic, the Club collaborated with respected motorsport commentator Andrew Marriott and Rupert Whyte of Historic Car Art to curate a virtual event.

Now in its sixth year, the Art of Motoring exhibition was launched on Saturday 31 October and draws together the works of nearly 20 prominent motoring artists and sculptors, many of which have not been seen under the same roof for more than a decade.

Making his European artwork debut is former Le Mans winner and Formula One driver Stefan Johansson. The Swedish star took up painting after his friend Elio de Angelis was killed in a testing accident at Paul Ricard in 1986, and although he was based in Britain for many years, he now paints in a Los Angeles studio. He produces a variety of works including some abstracts that evoke different corners at famous race tracks.

The artworks that are being showcased are hugely varied but immediately recognisable to a motoring art enthusiast, from John Ketchell’s semi-abstract style to Johnny Ambrose – the first motoring artist to utilise a 3D printer. The watercolours of Neil Collins – an Art of Motoring discovery – will be displayed alongside the nostalgic works of Roy Putt, the evocative paintings of Paul Dove, and the silk-screen prints of London-based Ella Freire.

Other British artists include Tony Matthews, who is referred to as ‘the cutaway king’ and whose extraordinarily detailed technical illustrations haven’t been displayed in public for over five years. His work will be joined at the Pall Mall Clubhouse by that of Robin Bark, who is just as well known for his sculptures as for the bold use of colour in his prints, plus the atmospheric paintings of Barry Rowe, the unique etchings of Peter Hearsey, and Stanley Rose – whose distinctive style is showcased in portraits and cars alike.

“The Club has been collecting motoring art for over a century,” said Jeremy Vaughan, Head of Motoring at the Royal Automobile Club, “ we are very proud of the collection at our Pall Mall clubhouse, which complements the collections of both the library and extensive archive. Britain has more professional motoring and motor-racing artists than any other nation and the club is delighted to showcase and help promote such talent.”

The Art of Motoring exhibition will feature interviews with a number of the artists included and is available for all enthusiasts to view below: