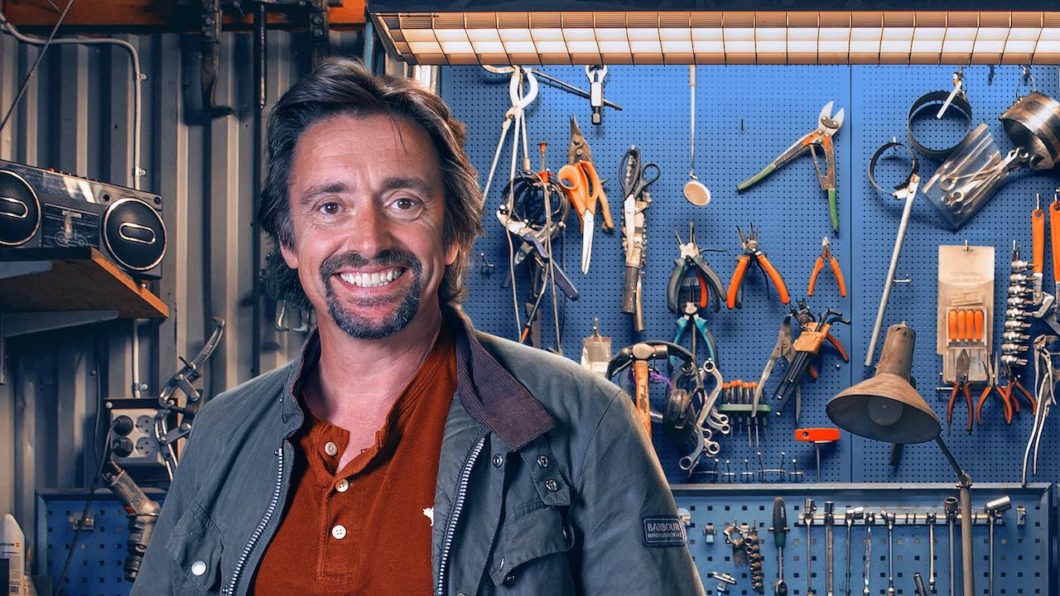 TV star Richard Hammond is set to make his debut at this years Practical Classics Classic Car & Restoration Show at the NEC.

Best known car shows such as Top Gear and The Grand Tour, Hammond will be at the show on Friday 18 March. His 1972 MGB GT, the last car he drove on Top Gear, will be on the MG Car Club Young Members display in Hall 5.

Plus he will be filming for the second series of Richard Hammond’s Workshop which will feature some exciting plans for the GT.

He will also appear on the Practical Classics Classic World stage for an interview with editor Danny Hopkins at 3:15pm on the Friday afternoon, where they will talk about the ‘Hamster’s’ adventures and his new restoration business.

This second series of Richard Hammond’s Workshop welcomes viewers back into the workshop as one of the UK’s most recognisable TV personalities continues to build his prestige classic car restoration business, The Smallest Cog, alongside the hardworking local family team of expert mechanics.

He said: “I’ve spent 25 years critiquing other people’s cars and now I’m putting my own work out there. My grandfather was an automotive craftsman, who knows, maybe I’ve inherited some of his skill!”

Richard will appear alongside other discovery+ favourites including Mike Brewer and Marc ‘Elvis’ Priestley who will be talking about the new series of Wheeler Dealers: Dream Car, which is available to stream on discovery+, as well as offering expert advice to visitors.

Former Wheeler Dealers mechanic Ant Anstead will also be at the show and will be building a Tipo 184 over the three show days with his team from Dowsett Classic Cars.

This kit car is a tribute to the iconic grand prix racing Alfa 158 that Ant created on his show “Master Mechanic” and is available as a factory-built car or a self-assembly kit, using a Mazda MX-5 as its donor car.

Ant will also be talking about the rebirth of Radford, the iconic motoring brand he has revived with former F1 World Champion Jenson Button, and his new discovery+ show Radford Returns.

Plus fans can also look forward to an appearance from Fuzz Townsend, co-star of the hugely popular Car SOS, which is returning to our tv screens for a record 10th series this month. He will be on stage to chat about the show and his love for classic and vintage motors.

With the latest announcements, such as the Carole Nash Barn Find display and the confirmation of the first 10 Finalists announced for Lancaster Insurance Pride of Ownership display, the countdown to the Classic Car & Restoration Show has really kicked up a gear.

Take to the Road has secured a special £2 discount of tickets for its readers. Use the Code “TTTR” at the checkout on the NEC Restoration Show website. Use the link this link to book your tickets for the show: www.necrestorationshow.com