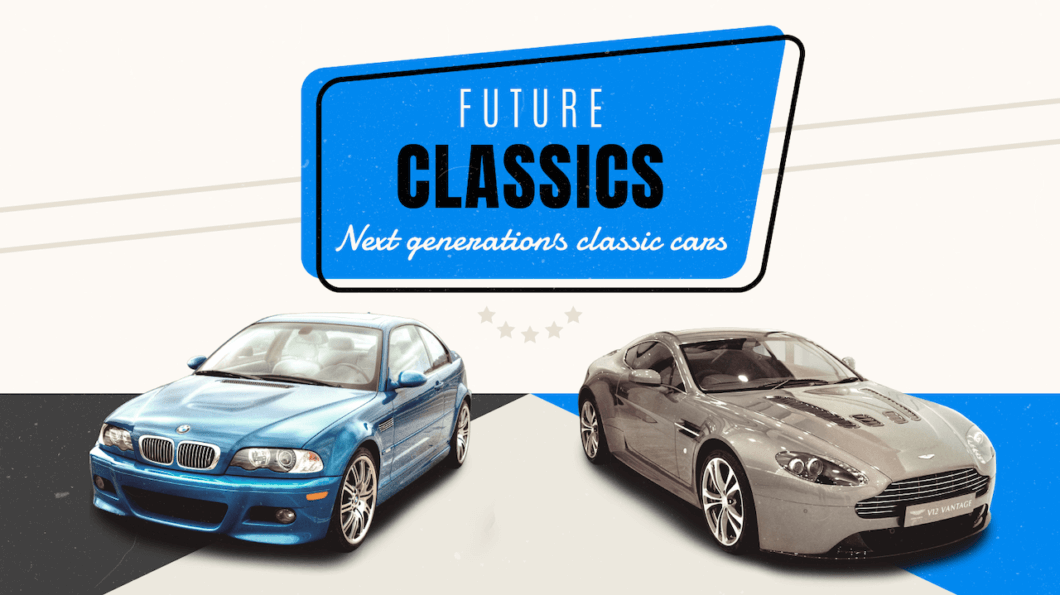 One of the most exciting facets of the automotive world is identifying what will become the next future classic car. With the surge in interest in older cars in the past decade, attention has gradually shifted towards what are considered to be modern classics. This shift in the market has thrown the spotlight on some standout cars that will be ones to watch for collectors and enthusiasts. Essentially these are cars that are on the verge of legendary classic status, with some earning the status as soon as they were launched. One such iconic model that has recently been voted the next top future classic car is the Renault Clio V6 Sport, the hot hatch that carried the torch on from the legendary Renault 5 Turbo.

Classic Car Insurer Adrian Flux recently carried out a survey of 400 petrolheads to find out what car they considered to the next future classic car. There were some surprises in the list of those chosen, along with others that were always going to be a guaranteed shoe in to any list of top future classics. So without further ado here is the full list of of the Top 10 Classic Cars of the Future, along with some commentary from leading experts in the field.

It is no surprise that that the 2001 Renault Clio V6 Sport came top of the survey list. It has all of the right stuff that goes together to make a hot hatch. Basically it is bonkers with an epic 230BHP V6 shoehorned into a compact and lightweight chassis, a package that would not be offered today.

“The Renault V6 Sport is essentially a track car – mid-engine, great performance and they didn’t make that many. As they get older the interest grows. A four-door 1.1 Renault might be immaculate, but it’s not that desirable; they’re not interesting, they’re just workhorses”.

Coming in a close second is the ever popular Ford Focus RS. While not as crazy as the Renault Clio V6, it offers decent power in a tried and trusted chassis. And compared to other hot hatches on the market, it is relatively affordable making it more attainable for petrolheads on a tighter budget.

“Well, it’s a blue oval so it’s going to do well. Let’s face it, it’s a ‘good’ car but no more than that. It’s clever, with the Quaife diff, but a bit over-hyped – that bubble might burst, it could drop in value and then go up again. It’s going through the same process as the Ford Racing Puma – we might see people buying modified ones and then putting them back to standard. A bit like RS Turbos”.

The Vauxhall VX220 at third place in the survey may surprise many, but for the keen eyed petrolhead the rare Vauxhall has always been a bit special. It may not have been a sales success but its unique styling and sorted chassis make this a sought after car for those looking for something a bit different.

“For me, the Vauxhall VX220 isn’t a surprise,” notes Riddington. “A limited number were made and it’s a fun car – you don’t see many advertised.”

Coming in at a very respectable forth place is the mighty Aston Martin v12 Vantage. With a whopping 510BHP V12 under the hood, the Aston Martin V12 Vantage is the ultimate version of the Vantage line. While the V8 Vantage is a great drivers car with a wonderful soundtrack, the V12 takes the Vantage line into battleship status. It was an impressive achievement to fit a 6.0ltr V12 from the DB9 into the smallest Aston Martin model. And for those who really want to drive, there are manual versions out there in the wild, which is the preferred option over the slightly clunky auto box.

“The Vantage is fine. You get to say, ‘I’ve got a V12 Aston Martin’ but it’s not really their best work – it was an era of poor automatic gearboxes and it’s not very special.”

When the Alfa Romeo 8C broke ground in 2007 it was an instant classic for the Italian outfit. With an exquisitely designed body and a glorious Ferrari V8 under the hood, the 8C continued the tradition of the iconic Alfa Romeo GT. And when the Spider was unveiled in 2008 it was the icing on an already delicious cake.

Rocking in at sixth place in the survey is the ultimate German autobahn speed demon, the BMW M3 E46. A firm favoutire of those petrolheads who yearn for rear wheel drive and straight six grunt, the M3 has been the performance benchmark to follow for many decades.

The youngest car to make the top ten list was another BMW, this time the 1M Coupe. Drawing inspiration from the original M3, the BMW 1M Coupe takes the venerable German straight six, tuning it to 335BHP and dropping into a compact and muscular 2 door coupe. Some might argue the 1M isn’t a classic just yet, but history has proven that any BMW that is a true M car, always ends up achieving holy grail status.

It may come as a surprise but the arch rival to the Subaru Impreza, the Mitsubishi Lancer Evo VIII beats its nemesis into the top 10. The rally inspired saloon has always been a firm favourite with those who yearn for high speed gravel tracks and ever challenging crests. And it has enough turbo power to challenge many exotic cars that are more than double the Lancer’s price tag.

“The Mitsubishi Lancer has a rally heritage – that can drive interest and desire.”

Some might be shocked to see a practical people carrier sneak into the top ten list. Bus the Renault Avantime is one of those designs that looks like a concept car that actually went into production. Carrying on from the ground breaking Renault Espace, the Avantime combined a futurist look with French flair. Unfortunately sales figures didn’t live up to the expected numbers, which means the Renault Avantime is a rare sight on UK roads. Which means it has already gained future classic status.

“The Renault Avantime was a surprise. I looked at it and thought, ‘Is that what I think it is?’ I can’t see how that is going to be a 20-30-year classic – unlikely that many people will say ‘I always wanted one of those’. But I guess it’s horses for courses – beauty is in the eye of the beholder.”

Finally, taking over tenth place in the survey is the Nissan 350Z. For drift fans and those who adore anything Nismo tuned, the 350Z is a modern take on the iconic and ground breaking Z car. Without the Z car Nissan would not have broken into the lucrative American market in the 1970s. By the 1990s the Z car had grown in size and weight, with the Nissan 300ZX more a comfortable cruiser than an outright performance coupe. While from some the Nissan 350Z is more for the Playstation generation, the compact coupe and it’s sweet sounding 3.5ltr V6 make the latest take on the Z car one to watch for the future.

Keith Riddington from Classicmobilia shared his appreciated for the Fairlady coupe –

“I agree with most of the list, especially the Nissan 350Z – it was limited and good fun.”

“There’s no surprise that the Renault Clio V6 Sport (2001) took top spot. The first time I saw it in the motor press I thought this car had the potential to become a future classic. I was always a massive fan of the mid-engine Renault 5 Turbo 1 & 2”.