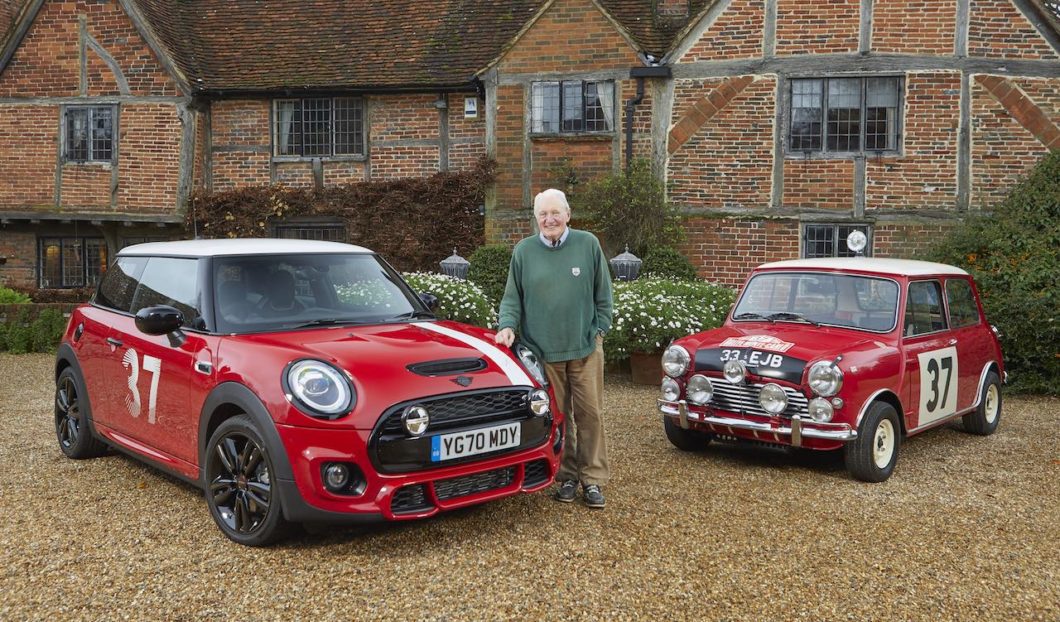 Northern Irish rally legend Patrick ‘Paddy’ Hopkirk MBE has taken delivery of the brand new MINI Paddy Hopkirk Limited Edition, named in his honour to commemorate his triumph at the 1964 Monte Carlo Rally in the classic Morris Mini Cooper S Mk1. He is among the first of just 100 lucky customers in the UK to receive this exciting new limited edition MINI.

When asked what the special edition means to him Paddy said, “I’m so flattered to have a MINI named in my honour. Motorsport is long behind me now and for my win at the Monte Carlo Rally to be remembered in this way is a great thrill and honour.”

“The designers at MINI have done a wonderful job. They’ve got a lot of the features on it just like the classic Mini I took to victory, with the number 37, the bonnet stripe and the colours – it reminds me of my very lucky days and wonderful memories.”

The Paddy Hopkirk Limited Edition is based on the MINI Cooper S 3-Door Hatch and available with automatic or manual transmission. The engine delivers 178hp and 280Nm torque, reaching 0-62mph in just 6.7 seconds (6.8 manual).

Patrick ‘Paddy’ Hopkirk clinched the first victory behind the wheel of the classic Mini Cooper S number 37 at the Rally in 1964. Driving the small British car with his English co-pilot Henry Liddon, Hopkirk overcame the odds against competitors with significantly greater engine power.

“It became a David and Goliath with the might of the other car manufacturers spending a fortune to try and win the event. We were beaten by the big American cars down the straights, but we would beat them on the twisty bits! For the Mini to win against really powerful cars, showed just how good it was – it made the car famous.”

The MINI Paddy Hopkirk Edition is available to order now at retailers nationwide, priced from £28,200 OTR.