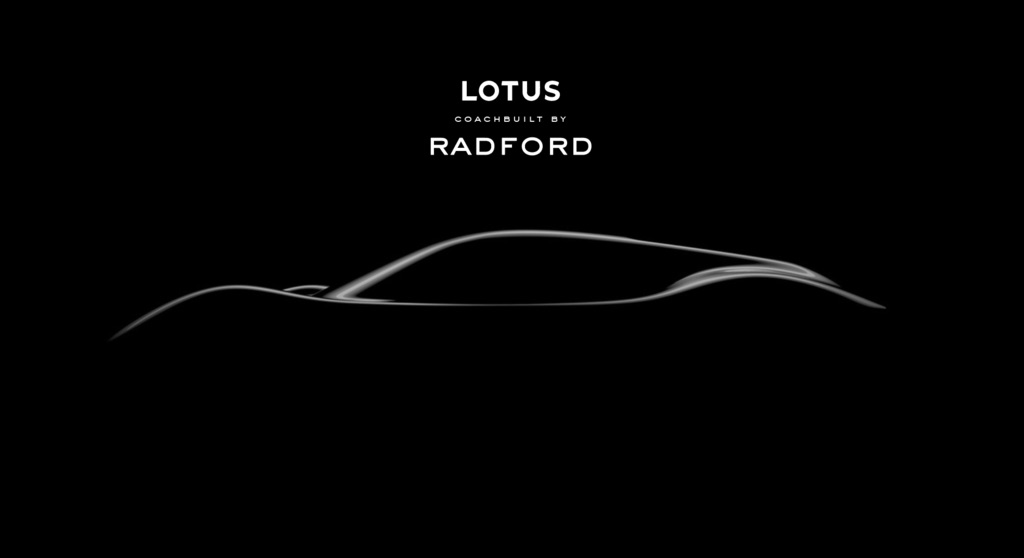 Radford, the iconic British coachbuilder which announced its return in March, has revealed that it will partner with Lotus for its very first car. Already in advanced development, the new bespoke Radford model, which will be based on Lotus technology through the firms consultancy arm – Lotus Engineering, will be fully revealed later this year.

The new partnership provides Radford use of Lotus technology, which will be the starting point from which the coachbuilder will craft a new bespoke limited-edition Radford model.

Lotus is of course well know as a manufacturer of the finest British sports cars, which are famed for being lightweight, analogue and agile. Founded in 1948 by engineer Colin Chapman, the brand’s mantra to ‘simplify and add lightness’ has created some of the purest drivers’ cars ever created.

Commenting on the announcement Mark Stubbs said: “Our first car will be totally new and something very special, it will be a Radford, through and through. And that means it will be unique – the body will be sleek and elegant, the interior will be cosseting and luxurious, and the drive will be out of this world. Everything about it will be totally bespoke to Radford.”

Former Wheeler Dealers mechanical guru Ant Anstead stated: “The opportunity to partner with one of the all-time great sports car brands is exciting. It’s an honour to be working with Lotus. Our first Radford model is going to be something very special and very surprising, reminiscent of the opulent coachbuilt Radford models of the past. We are proud of the British heritage of both of these companies, and I cannot think of a better partnership to bring back Radford with. I already can’t wait to share the next.”

Formula 1 champion and racing driver Jenson Button added: “We’re already hard at work developing this car and the driving experience will be different and very special. It’s going to be truly analogue and thoroughly engaging, but with all the refinements that you would expect from a Radford. It will drive like nothing else. There is a purity to driving that is lost in many cars of today. I will ensure we create a driver’s car, a trait that is embedded within the DNA of all Lotus cars.”

Matt Windle, Managing Director, Lotus Cars, said: “This is a hugely exciting project for us. It is an Engineering partnership at its heart, but one without the usual constraints of working with a large corporate group. And of course, Ant, Jenson, Mark and Roger are a dream team to work with. A limited run of the most special of coachbuilt vehicles is engineering nirvana as it allows us to break free of the usual parameters of a more conventional project. Lotus Engineering has a long history of such special collaborations and I’m sure this one will be recognised as among the most unique and fantastic.”

Full details of the first Radford car will be revealed later in 2021, and Radford will soon begin taking deposits on vehicles. The process will be confirmed very soon.