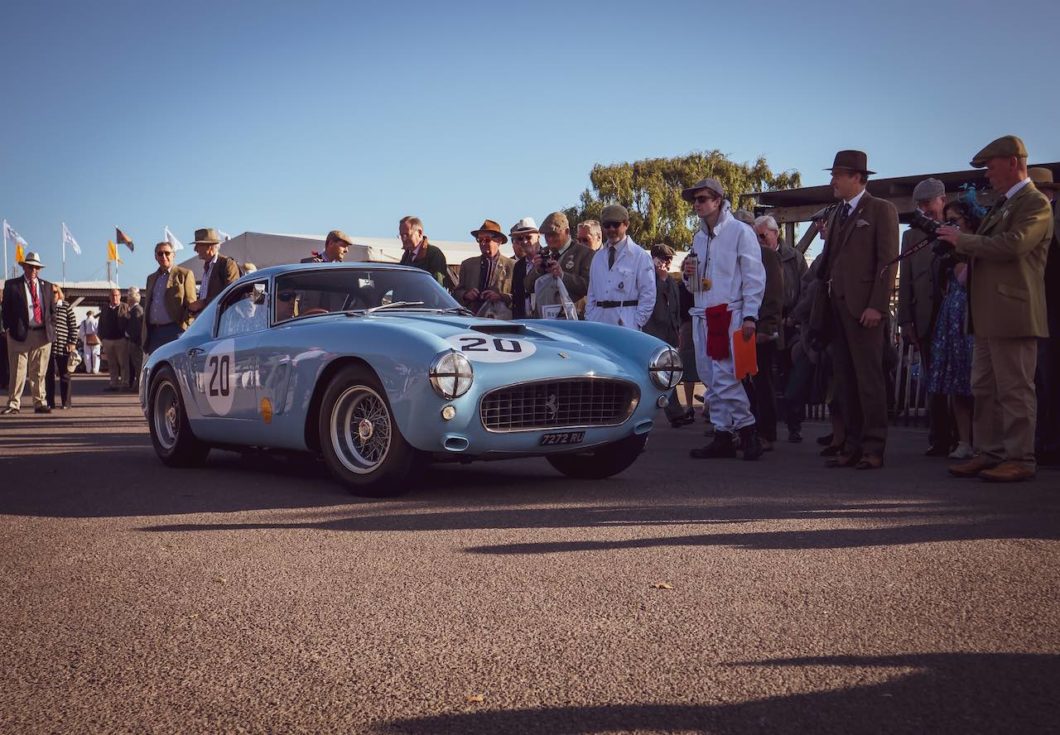 Goodwood has confirmed the full list of races for 2022 Goodwood Revival. Taking place Friday 16 to Sunday 18 September, a total of 13 different contests split into 15 races for everything from motorcycles to Austin A40s, it is set to be an extraordinary weekend of historic racing.

The Freddie March Memorial Trophy has been a mainstay of the Goodwood Revival for many years with its mixture of stunning sportscars from the days of the Goodwood Nine Hours.

This year it moves to take up a position as the first race of the weekend, returning to the format it took in 2015 as a two-driver race into the sunset on Friday. Cars you can expect to see racing include the mighty Jaguar C-Type, Aston Martin’s brilliant DB3S and the quirky Allard J2X.

Named after possibly the most difficult corner on the Goodwood Motor Circuit to get right, the 2022 Madgwick Cup will see a battle for the smaller sportscars of the early period of the Circuit’s existence.

Spanning the period from 1948-’55 each of these racers is fitted with an engine under 2.0-litres, meaning that conservation of momentum will be key, so expect four-wheel-drifts galore. Cars you can expect to see include the little Lotus XI and Osca MT-4 as well as the stunning Maserati A6GCS.

The Revival’s traditional test for two-wheels, named after the legendary Barry Sheene. This year’s race is for Grand Prix motorbikes from the 1950s. As the Lennox Cup, the race was won by Barry in 2002 before his untimely death and has taken the legendary 500cc champion’s name ever since.

Expect to see bikes from Norton, Triumph, BSA and more doing battle across a pair of races with riders from the world of MotoGP, British Superbikes and the Isle of Man TT pairing up with owners to fight for an aggregate victory.

A returning name to the Goodwood Revival is the Goodwood Trophy. The race took the name of the Festival of Britain Trophy in 2021, to commemorate 70 years since a race of the same name took place at Goodwood.

Back this year with its usual moniker, the Revival’s oldest race will again see the cars that raced at Goodwood when the Circuit first opened do battle on the track. Expect to see ERAs galore, Maserati 6CMs, Alfa Romeo P3s and more.

The Revival’s most up-to-date F1 race must be one of the most anticipated tests of the historic motorsport season. The tiny, small-engined Grand Prix cars of the first half of the 1960s include legends like Jim Clark’s Lotus 25, the extraordinary V12 Ferrari 1512 and BRM’s P261.

With power at a premium, these skinny-tyred racers put on a spectacular show every year.

A relatively new race to the Revival, having joined the line-up in 2016 as the Kinrara Trophy, the Stirling Moss Memorial Trophy’s battle for beautiful pre-1963 GT cars moves away from the opening weekend racing spot which is now taken by the Freddie March Memorial Trophy.

Don’t expect any less of an extraordinary sight though, these are both the most beautiful and valuable cars in the world with Jaguar E-type, Ferrari 250 SWB and Aston Martin DB4 GT all doing battle around Goodwood.

One of the showpiece races of every Revival now switches to later saloon cars from the 1960s, which means the iconic battle between Lotus Cortinas, Minis and Alfa Romeo GTAs returns once more to Goodwood.

The St Mary’s Trophy is split into two races, with VIP drivers from the world of the BTCC, Sportscars and even F1 taking the wheel for race one before the owners attempt to bring home aggregate victory in race two. This is one you cannot miss.

The fastest race of the Goodwood Revival weekend returns again with a mixture of Can-Am cars, Ford GT40s and other big-engined racers from the end of Goodwood’s active period.

Just as the 79th Members’ Meeting presented by Audrain Motorsport saw an extraordinary battle between Lola T70 and McLaren M1A in the Surtees Trophy, expect more of the same with some M1Bs and those legendary GT40s thrown into the mix.

The Lavant Cup has taken many formats of the years, from all-Ferrari battles to a fiesta of Ford GT40s, but for 2022 it is the time of that most popular of classic cars to take centre stage: the MG B. Partly inspired by a brilliant battle in the 78th Members’ Meeting presented by Audrain Motorsport’s Ronnie Hoare Trophy, the Lavant Cup will see a grid of around 30 MG Bs in a state of near constant drift. Expect some seriously close racing.

A race from the era that changed F1 forever and the larger-engined Grand Prix cars of the later 1950s. This was the period where front-engined and rear-engined cars shared a grid, as Cooper’s backward innovation began to change the face of single-seater racing forever.

Rivals to the team from Surbiton included Ferrari, Maserati and Lotus, all of whom persevered with sticking the horse in front of the cart before eventually succumbing to the fact that the world had changed. Expect to see the legendary Maserati 250F battle Cooper T51, Lotus 16 and Scarab.

Possibly the biggest race in the world of historic motorsport, the RAC TT Celebration is the one that raises the heartrate at Goodwood like nothing else. Evoking the days when the famous Royal Automobile Club TT was held here at Goodwood.

As a two-driver race the RAC TT Celebration attracts some of the world’s greatest current and former racing drivers to do battle in Jaguar E-types, AC Cobras, Porsche 904s and even TVRs. Recent winners have included André Loterrer, Darren Turner and Gordon Shedden. Don’t miss it.

Perhaps rivalling the Stirling Moss Memorial Trophy for the title of prettiest race of the weekend, the Sussex Trophy is the perfect curtain closer on a brilliant three days of motorsport. Filled with the beautiful Ferrari 246S Dino, Jaguar D-Type, Lotus 15 and the brutal Lister Knobbly, the Sussex Trophy never fails to entertain, with recent races going right down to the drag out of the chicane to decide the winner.

As the sun just begins to set on the Revival’s weekend these beauties of sportscar racing’s early heyday will keep everyone from leaving early.

Further announcements about the 2022 Goodwood Revival will be shared here on Take to the Road in the coming months.