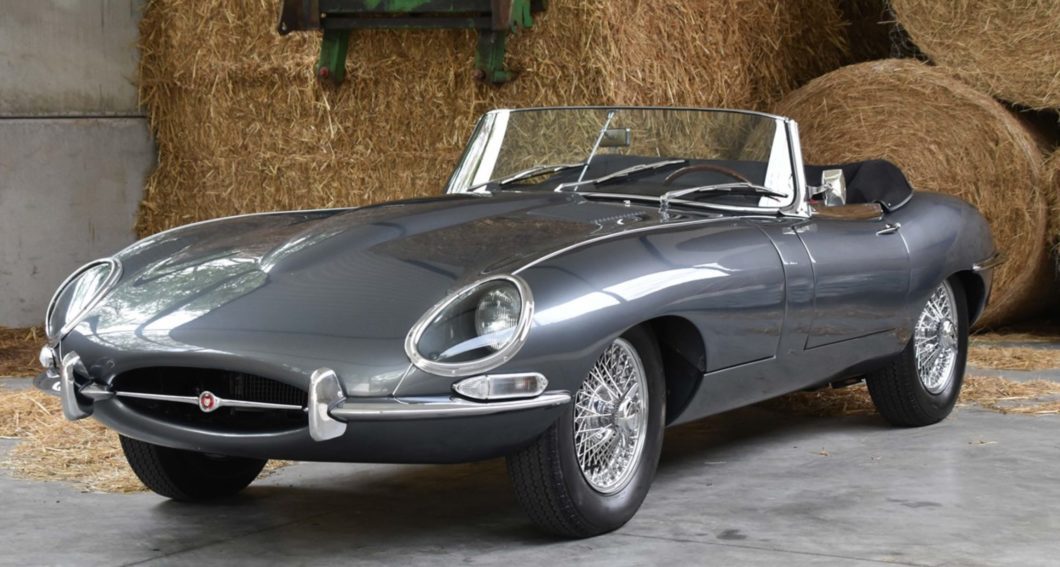 Ahead of the 60th anniversary of the Jaguar E-Type in 2021, E-Type UK is pleased to offer this extremely early Series 1 that perfectly exemplifies the fascinating developments hidden with the first E-type design – Chassis 875407.

Chassis 407 is the 407th left-hand-drive roadster to have rolled off the production line, and the 21st model built after the final outside bonnet locker E-type. Today seen finished in a heritage correct Opalescent Gunmetal over Red interior with French Grey hood, fully restored, this early Series 1 E-Type retains the same beautiful shine that it did when it rolled off the production line in August 1961.

What makes Chassis 407 so desirable is the level of early and original features, which include flat floors, spot welded-in louvers, two-piece door skins, correct double hinges and single drain hole of the boot, the extremely sought after Butlers number plate lights and of course the pumpkin-colored cylinder head.

So significant is this E-Type, that it is frequently referred to in the ‘Jaguar E-type Six-Cylinder Originality Guide’ by Dr. Haddock & Dr Mueller, a well-known E-Type bible for true enthusiasts.

From new, it was exported to Jaguar Cars in New York before being sold to an owner in Ohio and is believed to have spent the next 45 years in the Mid-West, including a full restoration by its owner in 1981. Completed with input from Jaguar Cars, including original factory records, the car was returned to as-new condition.

A later trip to Dubai to what was registered to be the third owner in 2015, saw the E-type treated to a full strip-down of the chassis to bring new life to the heritage combination of Opalescent Gunmetal, red interior and French Grey mohair hood.

Whilst maintaining the breathtaking red leather interior – adding originality to the vehicle – the Series 1 also underwent several reliability upgrades, including a new aluminum radiator and power steering, adding a new level of drivability to this stunning vehicle.

Complete with its original 3.8L straight-six – one of the most iconic engines of all time –, this ultimate driving machine combines classic performance with modern upgrades for a truly memorable driving experience.

E-Type UK Founder, Marcus Holland said: “This is a fine example of an early Series 1 E-Type that has been incredibly well maintained by each of its owners. As we enter a very important anniversary year for the E-Type, it’s a real privilege to have Chassis 407 in our showroom. These early E-Types are very nearly the purest translation of the original engineers’ and designers’ vision, and they hold a very important place in automotive history.”

To find out more about this Series 1 3.8 LHD OTS visit the E-Type UK website.