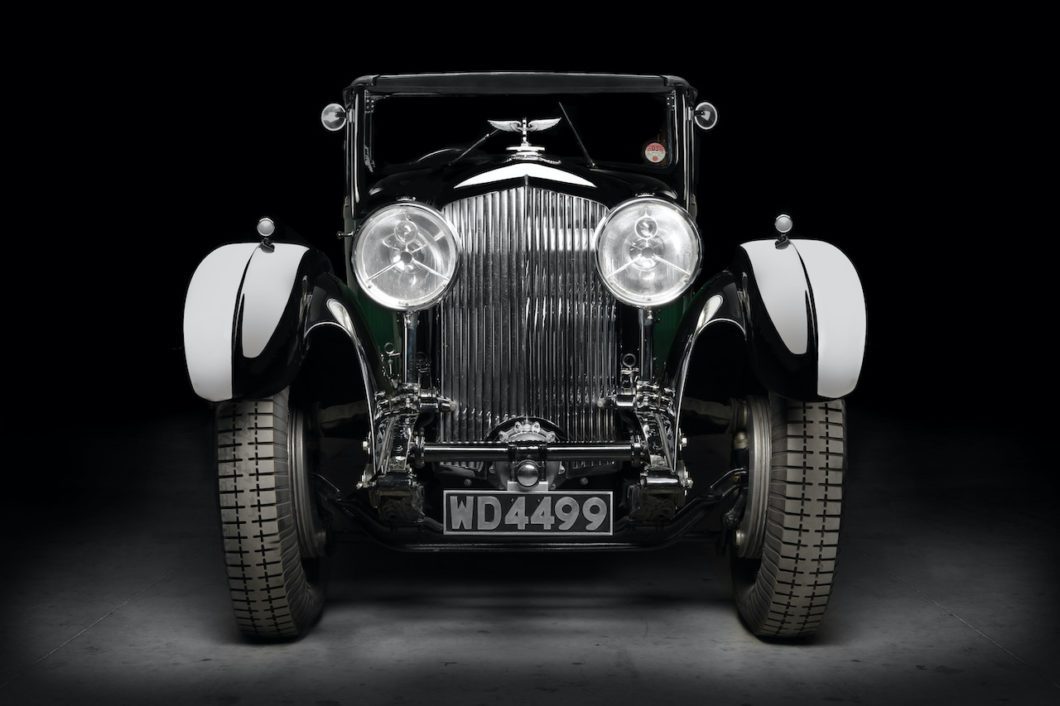 The Concours of Elegance has announced that a special collection of pre-war Bentleys will form part of the ‘Main Concours’ display at Hampton Court Palace in September. They will join close to 1,000 cars that will gather at the former palace of Henry VIII from 3rd-5th September 2021.

Since it started manufacturing cars in 1919, Bentley has established itself as a pinnacle of both luxury and performance. Built upon the company’s racing pedigree, which includes not only five victories at Le Mans in the 1920s, but also a sixth in 2003, Bentley is known across the globe for creating cars with an unrivalled blend of speed and the finest craftsmanship and materials.

Confirmed for the Main Concours display is one the earliest Bentleys on display is ‘YR 633’, a very original 1926 6 ½-litre Sports Tourer. The car is said to be one of the last 11 foot chassis cars that retains its original one-off aluminium body and factory engine.

Joining ‘YR 633’ at Hampton Court will be another special Bentley, ‘YW 5758’ which is non-other than the famous 4 ½-litre Le Mans Team Car. The most decorated original-bodied car in existence, this highly prized Bentley till features its original chassis number, engine number, body number and body.

The car’s impeccable racing history includes second place in class at the 1928 Newtownards TT, fifth at the inaugural 1929 Irish International Grand Prix at the Phoenix Park, and class winner and third overall, at the 1929 ‘Six Hour Race’ at Brooklands.

‘YW 5758’ also took placed fourth at Le Mans in 1929. The car continued its successes into the 1930s, and is still used regularly at historic meetings today.

Also on display is another Bentley 4 ½-litre with a rather different kind of history. ‘GC 6002’ was originally delivered via Jack Olding & Co to a Mr Arthur Grout in 1930. Arthur was the landlord of The Southampton Arms which was at the centre of the ‘race track wars’ of the 1920s – recently made famous by the Netflix series ‘Peaky Blinders’. The car is a sports four seater by Vanden Plas with fully valanced wings finished in green.

Unfortunately for Arthur, his financial woes meant he could not keep up with payments for the car and it was returned to the factory in 1935, as denoted on the chassis record. The car has never been rebuilt, only maintained, and is in regular use today, having covered less than 100,000 miles in more than nine decades.

Also gracing the pathways of Hampton Court is an early example of a famous ‘blown’ Bentley – a 1931 Bentley 4 ½-litre supercharged. The addition of the supercharger was facilitated by then racing driver Tim Birkin who, in 1929, suddenly found himself hopelessly outclassed by the supercharged Mercedes cars that were running away on the straights.

Birkin approached engineer, Charles Amherst Villiers, who had already made his name with Brescia Bugattis and the supercharged Villiers Vauxhall Special, and commissioned him to design a super-charger installation for the 4½-litre Bentley. Villiers also reworked the engine to cope with the strains imposed by the supercharger. The example on display at the Concours retains its original four-seater open sports body by Vanden Plas, and its original colour scheme of black with fine lining in red.

The final of the pre-war Bentleys set for the Main Concourse display is ‘WD 4499’. This particular example is a 1932 Bentley 8-litre, and is the 64th of the 100 8-litre Bentleys built in 1930–31. The 8-litre was designed as a fast, powerful chassis capable of carrying heavy closed coachwork with sports car levels of performance.

Such was its performance, that when the 8-litre was introduced at the 1930 Olympia Show it was acclaimed as the fastest production chassis in the world, capable of an impressive 103mph at 3,500rpm. This particular car is a long wheelbase example by H J Mulliner finished in black and green.

The Bentley Drivers’ Club will also be taking part in the weekends celebrations, with numerous other special Bentley’s making the journey to Hampton Court. This display is part of the additional content that makes up the near-1,000 cars on display during the Concours of Elegance, also including a collection of 95 British cars gathered to celebrate Her Majesty The Queen’s 95th birthday, and a 30UNDER30 Concours aimed at inspiring the next-generation of classic car enthusiast.

In July the concours organisers confirmed the attendance of the worlds most important Rolls-Royce. Also confirmed for this years concours is the Future Classics display, which will present the potential concours d’elegance stars of the next 50 years. In addition there will be the celebration of 60 years of the Jaguar E-type, plus a Veteran Car Run display, which will gather the pre-1905 motoring pioneers that make their annual pilgrimage from London to Brighton.

Tickets to the Concours of Elegance 2021 are available now ranging from standard entry tickets to full three-course hospitality packages from £288. Tickets can be bought from concoursofelegance.co.uk/tickets