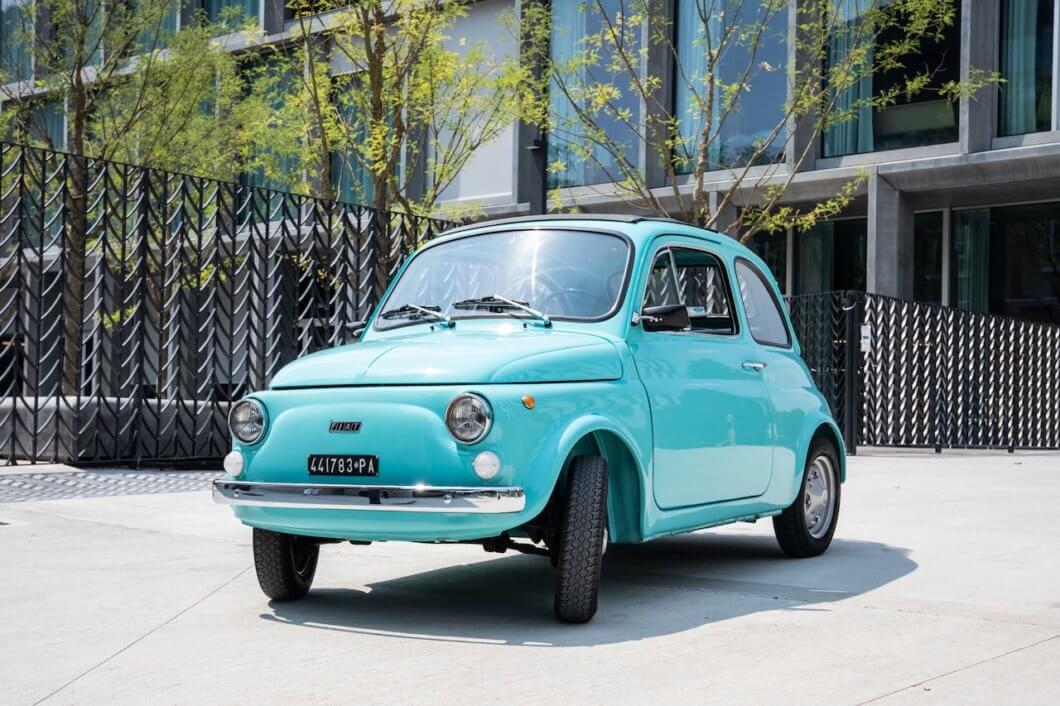 Pirelli is launching a new tyre for the iconic Fiat 500: the car that symbolised mass motoring in Italy more than any other. This new tyre forms part of the Pirelli Collezione: a family of tyres dedicated to cars from 1950 to 1980, which combine a classic look with modern technology, while maintaining the overall originality of the tyre as it was first made.

For all the different versions of the Fiat 500 that were made from 1957, Pirelli has recreated the Cinturato CN54 in 125 R 12 size, which was originally launched in 1972. This is a radial tyre with a tread pattern design and sidewall that is similar to the original, but made with modern technology.

Pirelli Collezione tyres make use of contemporary compounds to offer increased grip and improved road holding on wet surfaces, guaranteeing reliability and high safety standards without compromising on the original style. Throughout the tyre’s research and development programme, Pirelli’s engineers used the same parameters that the original vehicle designers used, in order to perfectly complement the suspension and chassis settings of the car when it was new. To achieve this, they referred to original materials and designs housed in the Pirelli Foundation archives in Milan.

Part of the Fiat 500 story from the start

The Fiat 500 was born in 1957, at just 2.95 metres long with a 479cc engine that put out 13 horsepower and delivered a top speed of 85kph. The tyre size was a conventional 125 12, featuring either the Cisa tread pattern or the tried-and-trusted Stelvio, not to mention the Rolle design that was available for the larger Fiat 600 as well. The Fiat 500 range would expand over the years, from the original N version to the D that was presented in 1960. This version was the first car to adopt Pirelli’s Sempione ‘Safety Shoulder’, featuring more rounded sidewalls for better road holding through corners. The Fiat 500F came out in 1965, followed by the L in 1968, both with Pirelli 12-inch tyres.

When the R version was launched in 1972, the Pirelli Cinturato range was sufficiently wide that Fiat’s runabout could also be had with a radial CN54 tread pattern, in 125 R 12 size. This is the tyre that Pirelli is making again for owners of this classic Italian icon. The CN54 of the time was directly derived from rallying experience, maintaining the tread pattern design of the classic CA67 – which made the Cinturato name famous all over the world, thanks to a new belted structure that improved both comfort and tyre life.

Pirelli Collezione, History on the Road

Throughout the development process of these reborn tyres, Pirelli’s engineers used the same vehicle parameters that the original designers would have relied upon at the time, but making use of all the know-how and experience when it comes to materials and production processes that have been built up in the meantime. The result is a compelling mix of performance, style and authenticity. The images, plans and other materials supplied by the Pirelli Foundation archive were a fundamental part of this process. The Foundation has kept all documents relating to the design, development and production of every Pirelli tyre over the years: including homologation certificates, mould designs, tread pattern studies and testing results, as well as price lists and catalogues. Pirelli Collezione tyres are available from specialised classic car tyre dealers, such as Longstone Tyres, as well as from Pirelli’s flagship P Zero World stores in Los Angeles, Munich, Monaco, Dubai and Melbourne.

Pirelli Cinturato: A story of safety and technology that dates from the 1950s

Seventy years ago, Pirelli’s engineers tried out the first prototype of an innovative tyre that gave birth to an entire family. At the time, it wasn’t yet called Cinturato, but it was hiding a genuine industry revolution underneath the tread pattern. Throughout the history of tyre-making, there have been relatively few truly radical changes, yet one of them was definitely the introduction of radial tyres that Pirelli developed using textile and metal reinforcements. The “fabulous new tyre with its own safety belt inside” – as the Cinturato was described by Pirelli’s marketing department at the time – went on to equip the most important cars of its era. From the beginning, the ‘367’ tyre was chosen by manufacturers such as Lancia but the next evolution of this landmark tyre would introduce the Cinturato to the world’s most desirable cars. With the introduction of the Cinturato CA67, CN72 and CN73 covers, Pirelli invented the concept of the sporting tyre for the road – which was needed to provide as much grip as possible for epoch-defining supercars such as the Ferrari 250 GT and 400 Superamerica, Lamborghini 400GT and Miura, Maserati 4000 and 5000.

By the mid 1970s, the next big revolution in the Cinturato family had made its presence felt. Created for rallying in general and the Lancia Stratos in particular, the first Cinturato P7 contained ground-breaking innovations such as a zero-degree nylon belt and above all an ultra-low profile. The first cars to adopt it on the road were the Porsche 911 Carrera Turbo, Lamborghini Countach and De Tomaso Pantera. The P7 was swiftly followed by the P6: a tyre that was less sporty, but with a wider range of potential applications. Then there was the P5, created specifically for Jaguar, which had asked Pirelli for the quietest possible tyre with maximum ride comfort.

In the 1980s, the P600 and P700 were born, the successors to the P6 and P7 respectively. These focussed on safety improvements, such as wet grip and cornering. By the time the 1990s came round, the P6000 and P7000 were on the market, improving safety and performance still further. In the meantime, Pirelli’s engineers had worked on yet another revolution, to equip the mighty Lancia S4 rally car. This beast needed bespoke tyres to cope with the brutal power it was able to generate , and so the P Zero was born. But that’s another story entirely…

In 2009, the Cinturato P7 name made a comeback, headlining on its ability to reduce fuel consumption and noxious emissions, its use of ecological materials, and improved handling and braking. The family grew with the introduction of Winter and All Season versions, which remain part of the range today and have racked up more than 400 homologations. This just goes to show how the Cinturato P7 has always been a favourite among carmakers, thanks also to its ability to follow the latest automotive trends. The Cinturato P7 has kept up with all the game-changing innovations introduced in recent years: advanced electronics, driver assistance systems, hybrid and electric cars.

Today, the new Cinturato P7 builds on this heritage and launches with 60 homologations to its name already. More than ever, it showcases the two guiding principles that have shaped its development from the 1950s right up to now: safety and efficiency.