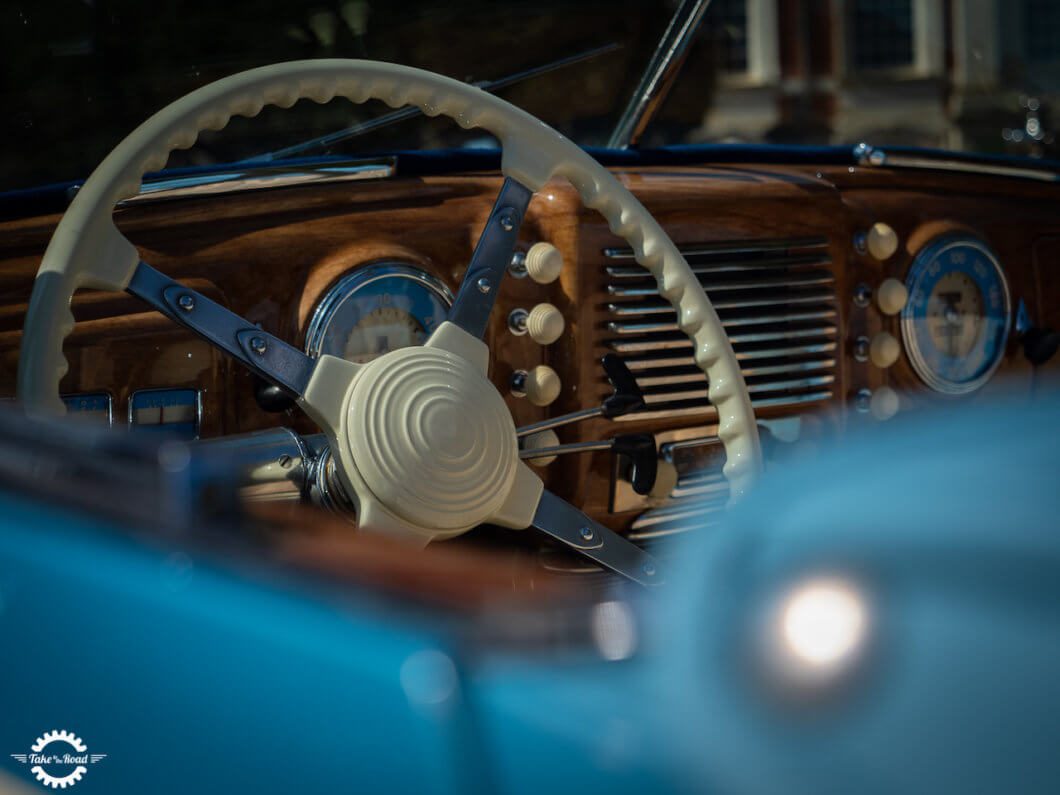 Since the dawn of the automobile, engineers have strived to make the motor car as refined as possible. This has lead to vast improvements in both driver and passenger comfort, with the current generation of cars the most refined and well packaged in history. However that strive for an increasingly high tech, driver aid focused experience, has come at a price and that is a reduction in the need for old school driving skills. Not sure what I mean? Then bear with me.

Classics are often lauded for their paired back feeling, with literally everything requiring manual input or control from the driver. This is what makes driving an old classic car rather special. It is incredibly satisfying mastering something mechanical, taking control of said machine and utilising a wide variety of skills to point it down the road. Many of these skills we take for granted and are acquired over many years of driving. However the last few decades have seen automotive manufacturers strip away the need for some of these skills and have repackaged the driving experience with an increased emphasis on comfort and convenience.

Don’t get me wrong, with the hectic pace of modern life, having a no fuss daily driver that you can simply jump into a drive away without a seconds thought is appealing. With old cars they command a certain level of patience and respect which means they cannot be rushed. Starting an old car is always a sense of occasion with numerous rituals to be observed before pulling away. And if you’ve ever driven a car over 70 years old, you will be very familiar with that cold start splutter splutter experience, which doesn’t go away until the engine has warmed up some fifteen minutes later. In today’s world of rushing everywhere at pace, this doesn’t really cut it.

But what do I mean when I say that old school driving skills are at risk? Well we humans are creatures of habit and comfort and once we get used to something that makes life easy, it is hard to go back. The growing interest in automated cars has seen manufacturers gradually drip feed features which take us a step closer to automation and driverless cars. While that future is still a bit away, it does mean that the younger generations learning to drive today, are practising behind the wheel of cars that are heavily driver assist focused. Which is a concern for the classic car community when it comes to recruiting the future generations who will be ultimately responsible for curating our old cars.

So what skills do I mean when I say “old school driving skills”? Well let’s take a look at a few.

Admittedly this is one that would have been relevant back in the 1980s as the good old manual choke was gradually phased out as more and more cars were fitted with fuel injection as standard. Automatic chokes attempted to bridge the gap but they often caused more problems that they solved. So manual conversion kits were all the rage as a result. Not very convenient really! And of course all modern day cars have no such thing as a manual choke… indeed many young drivers today would have never heard of one before.

So if you’ve never driven a car with a manual choke it can be quite daunting the first time round. It requires a certain level of knowledge that comes with getting to know the characteristics of an old classic. Starting on full choke from cold and knowing when to ease off, whilst balancing the throttle depends on a lot of factors like the weather and air temperature. If the car stalls and you stomp on the accelerator with the choke fully out, the chances are you’ll flood the engine. Which isn’t fun. Once you get the hang of it, using a choke becomes second nature. But if you are getting into a classic for the very first time, you’ll need to learn to master it pretty quickly, which makes it a very essential skill to have.

Lots of new cars feature starter buttons which can look very fancy, uber modern and even sporty. This trend has mostly been driven by the advent of keyless entry and the convenience of jumping in and not having to shove your car key into the ignition barrel. It saves a little time and reduces perceived hassle. Push button start isn’t new however and used to be a common feature on old cars. It’s actually quite a cool feature and was positively luxurious when compared to having to turn the key by hand and manually crank the starter over. Again modern cars have done away with the need for any of this. Which means the art of starting with a key is going away.

There is also a certain satisfying sound associated with turning the key and that is waiting for the fuel pump tick tick sound, as it builds up the pressure from the petrol tank to the carb. Of course all of this is a world away from hand cranking a vintage car. That in itself is a high art which also requires a certain knowledge of witchcraft. But again knowing when to turn the key and when to let go is a skill that some don’t master well and the increasing popularity of keyless ignitions, it is only going to lead to less experience and knowledge of starting an old car with a key.

The Clutch and the Manual Gearbox

Once the preserve of the wealthy, more and more cars are being sold with automatic gearboxes. It is easy to see why. They take away a lot of the effort from driving and just make the whole experience that bit easier, especially on long distance trips. Plus the advent of Hybrids coupled with start stop technology makes auto boxes a sensible option.

Added to this is the fact that it is possible to take your driving test in an automatic. This however then restricts your drivers license to automatic cars only. So simply jumping in and getting to grips with a manual isn’t that simple. And if you want to get a classic one day it would have to be an auto, which reduces your options.

Apart from all of that the obvious negative here is the lost art of knowing how to use a clutch in conjunction with a manual gearbox. We’ve all been there in the early days of learning to drive and have experienced the utter red faced frustration of stalling and feeling the car bunny hop and lurch itself comically down the road, as you fight to coordinate that stupid left foot pedal with the right foot pedal. And that’s long before the thought of double de-clutching a crash gearbox comes along. For many that stress is simply terrifying and a step too far. Sure it isn’t on the same level as a Model T Ford, but it may as well be. So with more young people shunning cars and with the numbers of younger drivers falling as a result, it is a bit of a concern. Plus with more automatics out there, it is a bit of a worry for all those manual based classic cars. Who’s going to drive them?

I have to admit that the introduction of the e-brake with hill start assist on modern cars is a brilliant feature. It makes conquering the steepest hills an absolute breeze and is a god send in heavy traffic. For learner drivers of today it also means they escape the horror that was performing a hill start with a good old fashioned handbrake lever. An absolute nightmare experience that has brought many a learner driver to tears! And burnt out many a clutch as well!

That’s because the use of the handbrake coupled with the clutch, throttle and gearbox is one of the trickiest skills to master in a car. When you get it right, it is a moment of triumph on a scale like winning an F1 race. When you get it wrong it’s one of those embarrassing, usually expletive filled moments you want to forget. Plus the absence of an old school handbrake does away with the petrolhead christening experience that is the handbrake turn. It doesn’t quite work with an e-brake, which means it will soon become a dying art.

Of course there’s lots of other examples where aspects of the modern car have been further refined in recent decades, such as steering, braking, adaptive cruise control, lane assist and even suspension design. All of these improvements have taken away a certain degree of control or necessary input from the driver. Which all contributes and feeds into to the modern car driving experience of course. For most drivers on the road today, that’s just what they want. But for the budding potential classic car enthusiasts of the future, it means they are at a disadvantage when compared to previous generations. You could argue the same was true during the transition from pre-war to post-war car eras. But with growing pressures on the use of internal combustion engine cars, the generation shift this time round is potentially greater.

Hope for the future?

That doesn’t mean it is all doom and gloom and while old school driving skills are at risk, the current popularity of classic cars gives hope that future generations will continue to enjoy and look after old motors. You could of course argue that if someone is truly interested in classics, they will just jump straight in and immerse themselves in everything to do with old motors. And the best way to learn is to get stuck in and find out for yourself.

But that’s easier said than done, especially when you are talking about learning to drive what is essentially a metal box (or GRP of course) with four wheels. The clock is indeed ticking and clubs and enthusiasts alike will have to work even harder to promote their cars and attract new members and enthusiasts. Kids growing up today are the future custodians and if they learn to drive in modern driver aid focused cars, they will have a steep learning curve when it comes to aspiring to drive an old, manual automobile. Classic car driving school anyone? Now there’s a thought… it could well be the answer!