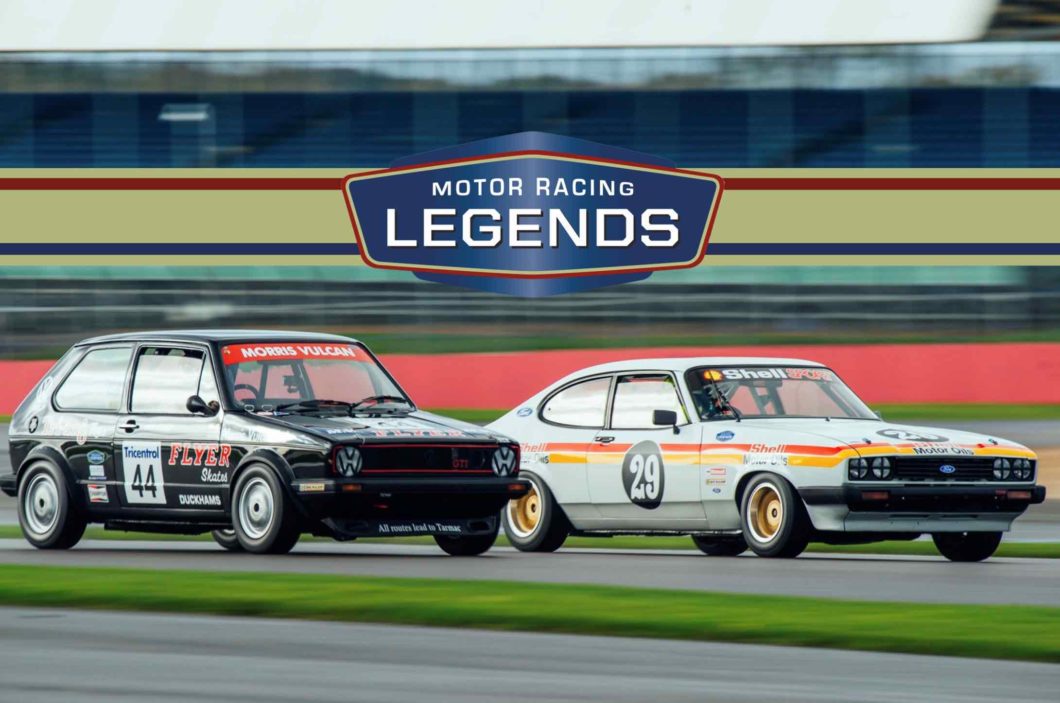 Motor Racing Legends has announced that Lifeline, an industry-leading manufacturers of motorsport safety products, are the new headline sponsor for the Tony Dron Trophy.

The popular and well-established race series caters for Group 1 and 1½ Historic Touring Cars of the 1970s and early ‘80s.

The Tony Dron Trophy is a long-time bastion of the Motor Racing Legends historic race programme; and as it embarks on its eighth season, support from competitors is as strong as ever. Races are generally of one-hour duration, featuring a pit stop, and open to one or two drivers.

Jim Morris, CEO of Lifeline, is a regular competitor in the Tony Dron Trophy in his iconic Mk 1 Volkswagen Golf and latterly with a Volkswagen Scirocco.  Commenting on the announcement, Jim stated: ‘Lifeline is delighted to be supporting the Tony Dron Trophy for Group 1 & 1½ Touring cars. This is the era of cars that I grew up with, supporting my father in the BSCC in the late ‘70s and ‘80s.”

“This experience ignited the spark that led to a career in motorsport for myself and eventually to the birth of Lifeline. It is entirely fitting that Lifeline should support this exciting era in touring car racing promoted and run so well by Motor Racing Legends”.

“The Tony Dron Trophy series never fails to delight both competitors and spectators, reliving as it does a seminal period in motorsport history, and Lifeline’s involvement, alongside the continuing valued support of both Silverstone Auctions and Ric Wood Motorsport,  will help ensure that continues to be the case.’