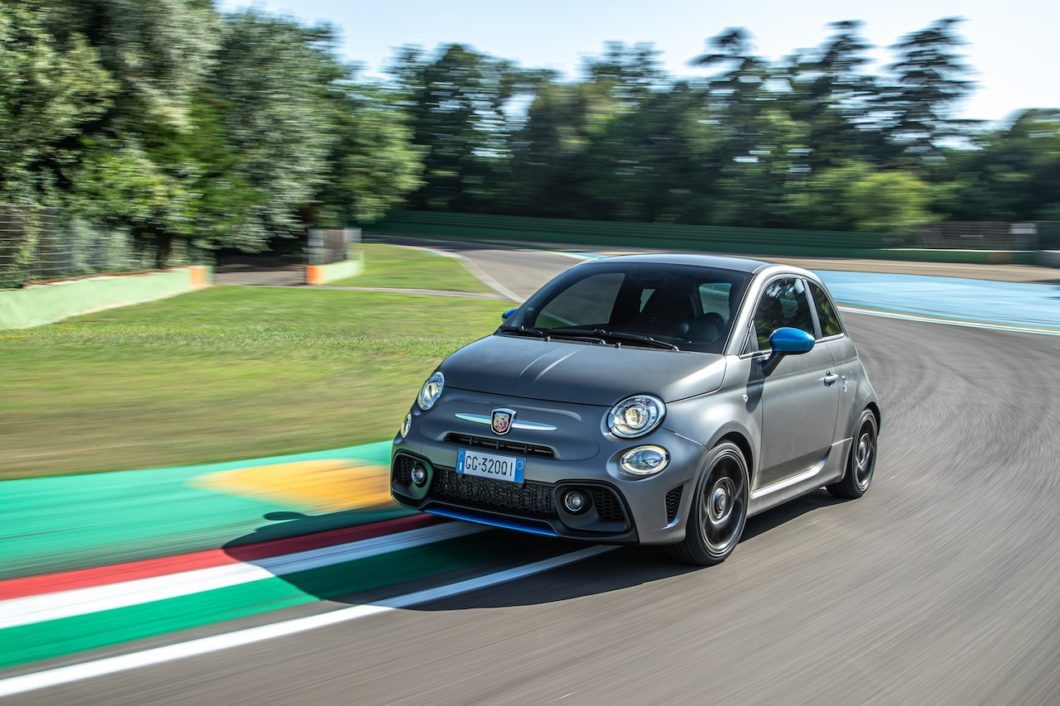 Abarth has announced the launch of its new special series, the F595. Derived from the racetracks of Europe, the new Abarth’s powerplant is based on the engine used in the Italian and German Formula 4 championships and pays tribute to the 50th anniversary of the Formula Italia single seater by Carlo Abarth.

Formula Italia debuted in 1972 at Monza and the then new championship offered young Italian drivers the chance to compete in single seat racers. Fiat and Abarth developed a prototype for the new series in 1971, which was designed by Mario Colucci under the supervision of Carlo Abarth. The new racer was called the Abarth SE025 and was fitted with the 4-cylinder, 1.6-litre Fiat engine with a twin overhead camshaft. Formula Italia went on to become a very successful series and many of its young drivers, such as Bruno Giacomelli, Riccardo Patrese, Siegfried Stohr and Piercarlo Ghinzani, would go on to compete in Formula 1.

In 2014 the Italian F4 Championship partnered with Abarth to supply engines for the race series. The Tatuus single-seaters feature the 1.4-litre, 160-hp Abarth Turbo engine and has a maximum speed of 150mph and achieves 0-62mph in around 5 seconds.

Taking inspiration Formula Italia era, the new Abarth F595 features Rally Blue design cues as highlighted in the rearview mirror caps and the front and rear bumpers. The sporty look is further enhanced by the Sport 17-inch Formula alloy wheels, the F595 identification badge on the rear and fog lamps in the bumpers.

The key ingredient of the new Abarth is the Formula 4 based engine. The 1.4 litre T-Jet unit produces 165BHP. It is fitted with a supercharged Garrett turbo, has a top speed of 135mph and is capable of racing from 0-62mph in just 7.3 seconds.

Adding to the sense of fun is the new four pipe vertically stacked Record Monza Sovrapposto active exhaust. Drivers can control the active exhaust valve with a simple press of the Scorpion button on the dash, which increases the sound of the F595 as required.

The 165hp 1.4-litre T-Jet engine, on which the Formula 4 single-seater is based, has been developed to provide maximum performance, without compromising the rest of the cars specification.

Completing the performance package is the Scorpion mode, which along with activating the exhaust value, also re-calibrates the steering and adjusts the accelerator pedal, making the engine more responsive.