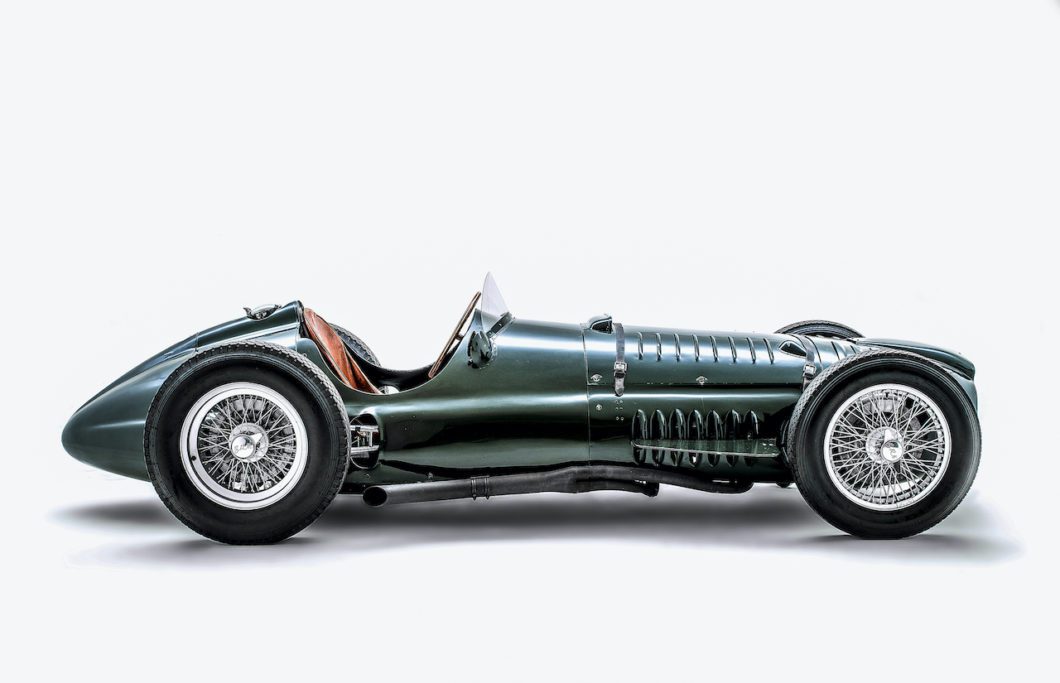 Britain’s original Formula 1 team, British Racing Motors (BRM), is celebrating its 70th anniversary with the construction of three ‘new’ 16-cylinder race cars – the iconic and awe-inspiring Type 15 Mk1 BRM V16, which is considered by many fans to be the finest sounding racing car in the history of the sport.

The first car, which is expected to be delivered next year, will go to the Owen family and will fulfill a long-held ambition of one of the family’s oldest surviving members – to see and hear this iconic British racing car in action once again.

John Owen, now 81, was just ten years old when he first heard the unique wail of the V16 engine, which developed 600 horsepower thanks to its ability to spin at an incredible 12,000rpm – far beyond the range of many road and race cars 60 years later.

He was also deeply influenced by its mission – it was a car built by Britain’s finest engineers for an expectant nation, to take on the might of the post-war Italian and German teams. Being raced around the grand prix circuits of Europe by legendary drivers such as Juan Manuel Fangio and Jose Froilan Gonzalez, only added to the attraction.

John’s father was BRM’s team principal, Sir Alfred Owen, a leading industrialist and founding member of the consortium charged with building a world-class race car and bringing championship glory to the nation – a vision that was ultimately fulfilled in 1962.

Today, the only surviving V16 MK 1 in existence is destined to remain a cherished museum piece, as it is far too valuable to race. With no other operational cars of this type in existence, it seemed that John Owen’s dream would never be fulfilled.

“Watching the likes of the Pampas Bull (Gonzalez) and, in particular, Fangio, master the power of the V16 was very special”, said John. “And the fabulous noise of the engine still rings in my ears 70 years on!

“In a selfish way, I have always dreamed of hearing that sound again but now I’d also love to share that sensation with others. To hear the V16 screaming at full tilt for the first time is something special – something you never forget,” he added.

Now, in a unique partnership, historic automotive restoration specialists, Hall and Hall, will use up to 20,000 original drawings to re-manufacture new, forensically authentic, examples of the P15 V16 MK1 machine, piece by historic piece. Founder, Rick Hall, is emotionally and professionally bound to BRM, having actually been part of their original Formula 1 team in the early ‘70s, and together with his son, Rob, has since been providing authentic parts and technical support for the few cherished BRM machines still in private hands.

“I have been passionate about BRM since I joined the team at the end of ’72,” said Rick. “I have spent the last 50 years or so working with these remarkable pieces of British and Formula 1 engineering history and am delighted to be teaming up with the Owen family and BRM to be their official historic racing partner – I only wish I was 20 years younger!”

The project has gathered momentum in recent years, when three of Sir Alfred Owen’s grandsons, Simon, Paul and Nick, first began discussing how BRM should be revived and preserved for future generations. The discovery of several chassis numbers which had been allocated by the BRM team in 1950, but never built due to a change in Formula 1 technical regulations, presented a unique opportunity to realise John’s dream.

“Growing up, I was very aware of the old man’s passion for the BRM V16, especially the sound it made,” said Simon Owen. “Like most of my generation, I never had the privilege of hearing it race in anger but now we are all very keen to change that and bring the BRM experience to a new generations of fans.

“We are in a unique position to sanction the build of additional cars using these original chassis numbers, and it became our mission to make it happen,” he added.

With the full support of the Rubery Owen Board, the project took shape. The cars will be constructed to FIA standards, and therefore will be fully eligible for historic racing. Thus, taking the first and most important step in the preservation and growth of the BRM marque – the ability for future generations worldwide to see, and above all, hear, the mighty V16 for years to come.

“We hold the BRM name on trust for the nation, and for all those that worked so hard to make it happen”, said Paul.

“Treating the marque with the respect its incredible history deserves, and yet planning a future that would recreate all the excitement, innovation, and engineering excellence, became the focus for us all. BRM was a thoroughly British team, and uniquely every part of every car was British, and to remain authentic, this had to be one of our guiding principles,” he added.

Key in preserving the future authenticity of the BRM marque is its astonishingly complete collection of original documents, letters, cuttings and, most importantly, technical drawings that remain under BRM ownership. Described by one of the world’s most eminent racing historians, Doug Nye, as “probably the finest archive in British motor sport”, the BRM archive has been painstakingly digitized and documented by Nick Owen, who immediately identified this as a priceless asset.

“Without the 20,000 or so original technical drawings, we could not have contemplated such an ambitious project,” said Nick. “But incredibly, that is just the starting point, as these archives tell the story of staggering British innovation and engineering skill. It is hard to imagine just how complex a 16-cylinder engine is but what is clear is that the same care, attention and design detail went into every element of every BRM. It was an undeniably British effort – the like of which we may never see again. Perhaps only now are we beginning to appreciate that this archive has a relevance that goes well beyond the drawings and the cars. This is a story about how BRM and a few men in sheds, influenced Formula 1 and the wider motor industry,” he added.

The newly sanctioned cars are already under construction at Hall and Hall in Bourne, Lincolnshire, just a stone’s throw from where the originals were first engineered. On-track demonstrations are scheduled to celebrate the 70th anniversary of BRM in 2021. The two sanctioned chassis will be available on application.

More details on the exciting P15 V16 project can be found on the BRM website.