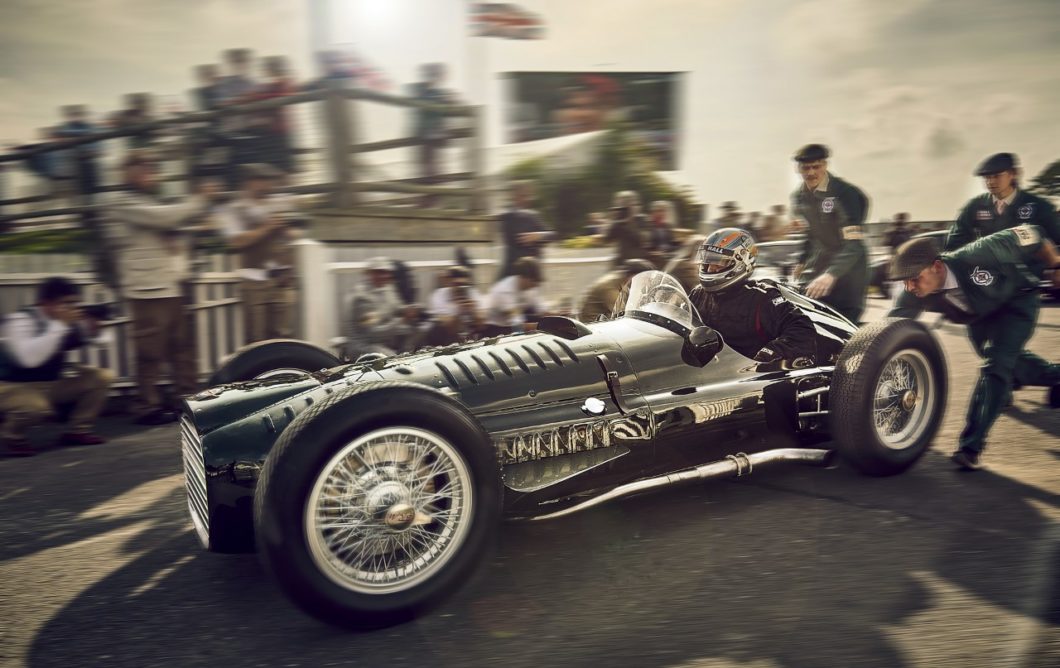 British Racing Motors has confirmed that it has reached an agreement to build the second of the three all-new P15 V16 racing cars for collector Richard Mille. The new V16 will join a unique assembly of historic racing cars owned by Mille, including the world’s biggest collection of original BRMs.

Richard Mille, more famous for the exclusive global luxury watch business that carries his name, has the world’s most extensive collection of BRM racing cars including a recently restoredoriginal MK1 BRM V16 and a superb original P30 V16 MK2. The all-new P15 V16 will be added to his collection.

“I have been a huge BRM fan for many years,” said Richard Mille, “ever since I started collecting historic cars more than 15 years ago, in fact. I knew I was becoming serious about BRM when I invested in the wonderful P115 H16 – but there is something I find particularly fascinating about the V16. Not only is it, to my eye, the most beautiful Formula 1 car of its time, but it is also the most technically complex, particularly if you think about the technology of the day.”

“Anybody who knows my watches, will know that I admire technical complexity, attention to detail and quality,” he added. “And for me, the V16 represents all of these elements in one beautiful package. I believe it’s our duty to preserve these incredible pieces of automotive art, and this is a unique opportunity to do just that.”

The new BRM P15 V16 commissioned by Richard Mille, is already in production and will follow the same build process as the first, which was completed in early September, and made its dynamic debut at the world-famous Goodwood Revival event, in front of packed grandstands at the Goodwood Motor Circuit, near Chichester, West Sussex.

The car will be manufactured by BRM specialists, Hall and Hall, using original post-war drawings and blueprints from the BRM archive. As each new P15 comprises more than 36,000 individually engineered parts, the build will take around 24 months to complete. But the final product is a ‘new’ BRM V16 with a degree of authenticity and excellence rarely, if ever, seen in the world of historic motor racing.

The owner of the first ‘new’ BRM P15, John Owen, the son of the original BRM team principal, Sir Alfred Owen, said: “This is wonderful news for BRM, and for all our fans everywhere. With Richard’s support we are giving more and more enthusiasts the chance to hear the unique sound of the V16 again – keeping the BRM legend alive for future generations.

“I have been fascinated by the V16 ever since I first saw – and heard – one as a young boy. Seeing my own car run at Goodwood was literally a dream come true and perhaps next time we will be able to see it run at racing speeds,” he added.

The creation of three ‘new’ BRM V16s has only been made possible by the discovery of three original chassis numbers, carefully logged in the BRM archives, which had been assigned to P15 production in support of the British Formula 1 team’s racing campaign in the 1950s. The cars were never built, as the competition rules were changed, and the chassis numbers were pigeon-holed when the team moved on to meet new technical challenges.

To mark BRM’s 70th anniversary, approval was given to assign the three chassis numbers to authentic ‘new’ P15 V16 racing cars to be built using the many thousands of post-war technical drawings and blueprints stored within the BRM archive. With the latest commission from Richard Mille, only one car now remains available.