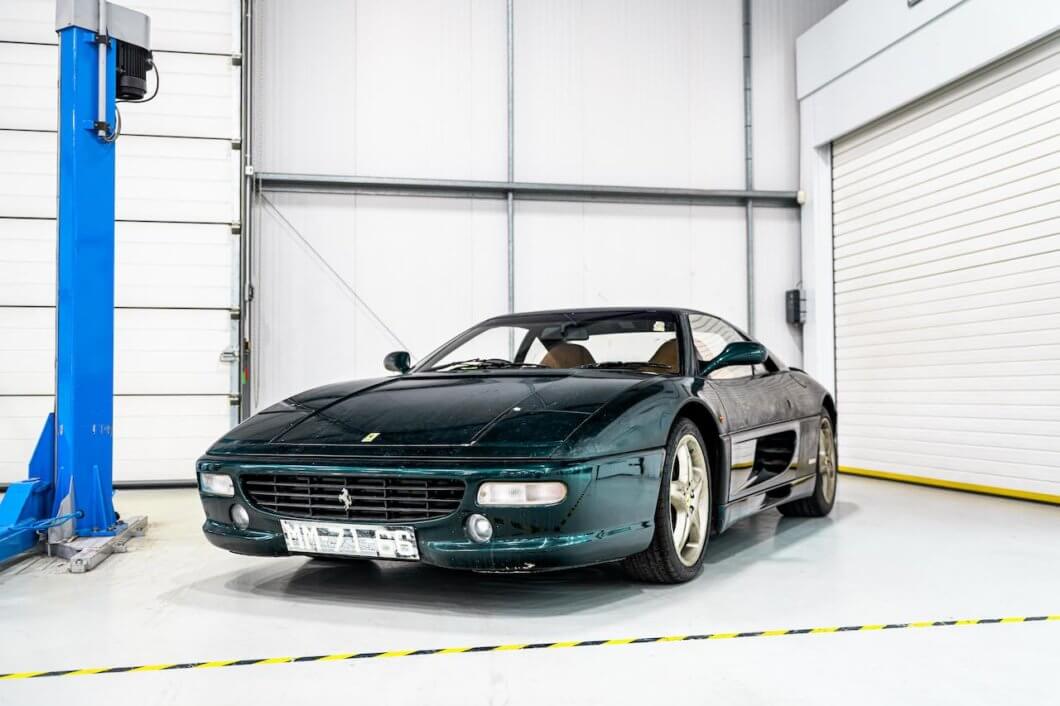 H.R. Owen Ferrari has just completed one its most challenging projects yet: the full mechanical recommissioning of a ‘barnfind’ Ferrari F355. Found by its current owner in Macau covered by a sheet and left standing for over 12 years, the H.R. Owen Ferrari team was tasked with getting it running in perfect order once more.

H.R. Owen Ferrari’s customer found the car while hunting for a Ferrari 512 TR. Having found a great example, he noticed the F355 hidden next to it, and pulled off the sheet to reveal a rare Verde Silverstone finish. Additionally, this particular F355 comes fitted the sought-after gated manual gearbox and carbon-fibre racing bucket seats – another option not often ticked on the order sheet. Further research revealed this F355 was first registered in Macau in July 1995.

The H.R. Owen Ferrari London Service team were specifically recommended to the customer by a fellow Ferrari enthusiast, and the car was shipped to London for work to begin. Having covered each one of the 10,000km showing on its odometer before 2007, the F355 was now in need of some serious mechanical work. Rodents had chewed through key wiring components, lubricants had long since dried up, while natural corrosion and general wear-and-tear had played havoc with all the major mechanical functions.

Following a lengthy and meticulous analysis of the car’s condition, the H.R. Owen Ferrari London team began the process of recommissioning the car in late 2019.

Now back to fully perfect running condition, the F355’s engine was removed, disassembled, deep-cleaned and had a number of its key parts replaced, including faulty pumps. The gearbox had its clutch replaced and the flywheel was totally overhauled. Elsewhere, the fuel tank and fuel lines were drained, a new catalyst system was installed in the exhaust, two catalytic control units were replaced and fresh fuel was circulated around the system. With the addition of a new battery, a number of new fuses and a whole host of other mechanical tweaks, the F355 was finally fired up for the first time in well over a decade.

The work also included the replacement of the whole air-conditioning system, an entirely new set of wheels and tyres, new brakes and brake discs all-round and the suspension received fresh shock absorbers on all four corners.

The next phase of the recommission will see the vehicle undergo bodywork restoration in the form of a full paint respray of the F355’s exceptionally rare colour scheme. Following completion of the project, the owner will be submitting the car for Ferrari Classiche certification at H.R. Owen Ferrari.