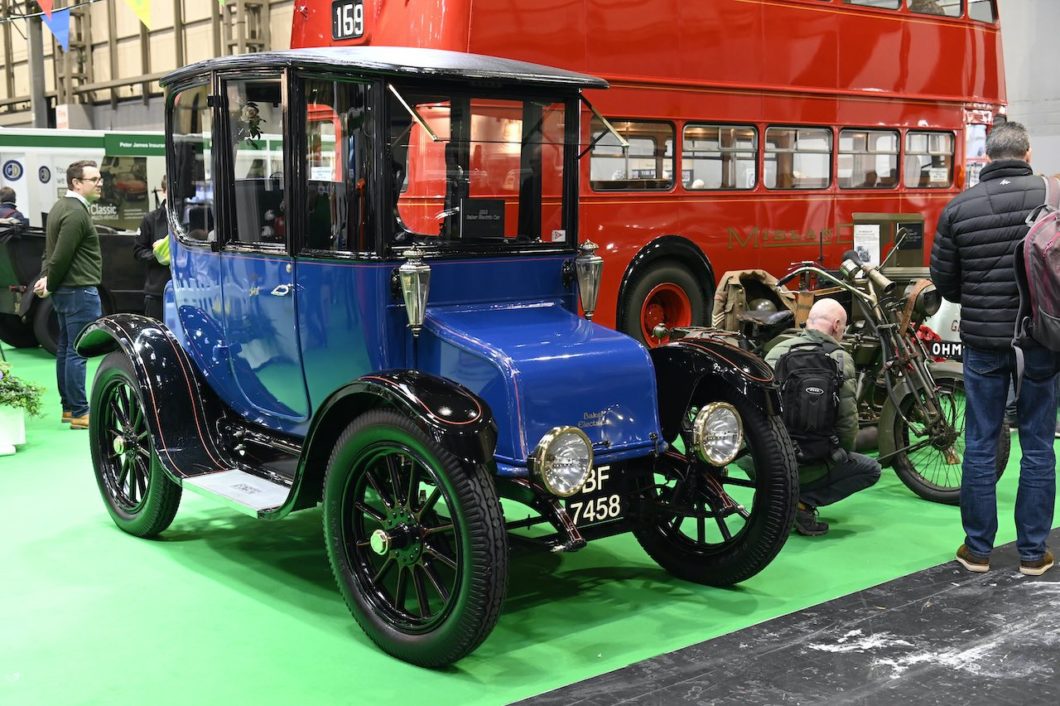 This year’s Lancaster Insurance Classic Motor Show, with Discovery, is embracing the future with a brand new feature showcasing not only the look of classic electric cars but also how they drive.

Twice-daily, a range of electric classics will be driving around a purpose built oval within Hall 5, next to the Discovery Live Stage, with Wheeler Dealers’ Mike Brewer talking to the various companies and owners.

Show Director Lee Masters said: “Electric cars may seem like they’re fast becoming part of our future but what most people don’t realise is that they’ve been part of our motoring heritage for over 100 years.”

This includes the 1912 Baker Electric, on loan from Mr Andrew Wood. Manufactured in Ohio from 1899 to 1914, the first Baker vehicle was a two seater with a selling price of $850 and boasted Thomas Edison as one of its first buyers. Edison also designed the nickel-iron batteries used in some Baker Electrics.

Unlike other early cars, the Baker Electric needed no cranking, had no gasoline smell and was essentially maintenance-free. Not surprisingly, it was marketed to women. In late 1910, the Baker Electric was quite luxurious and priced at $2,800. It had a seating capacity of four passengers.

These days, owners include Jay Leno in the USA and there are only three Baker Electrics on the UK’s DVLA database including this example, of the 85 historic vehicles powered by electricity.

Amongst the other electric cars that will be driving will be the Porsche 356 inspired Electric Chesil E, the Westfield Eleven, an electric replica of the iconic Lotus Eleven produced in the 1950’s to race at Le mans, and the Westfield Sports.

The RBW Electric Roadster ‘restomod’ will also feature. The roadster is a brand new electric car with a MGB heritage bodyshell that has been slightly modified. Whilst the car has all the styling of a classic car, it drives like a modern sports car.

These will be joined by converted classic cars from Electric Classic Cars, the subject of Discovery Channel’s Vintage Voltage. Founder Richard Morgan has converted a whole range of cars from a Mini and a Land Rover to a Ferrari and BMW 2002.

Masters added: “With some classics being converted and other ‘restomods’ coming to market, we wanted to highlight the options available to enthusiasts who are interested in electric motoring but still want that classic styling. It’s a perfect fit for our show theme of The Journey Continues…”

The Lancaster Insurance Classic Motor Show, with Discovery, will be held at Birmingham’s NEC from Friday 12 to Sunday 14 November 2021. Tickets are on sale now and more details can be found on the NEC Classic Motorshow website.