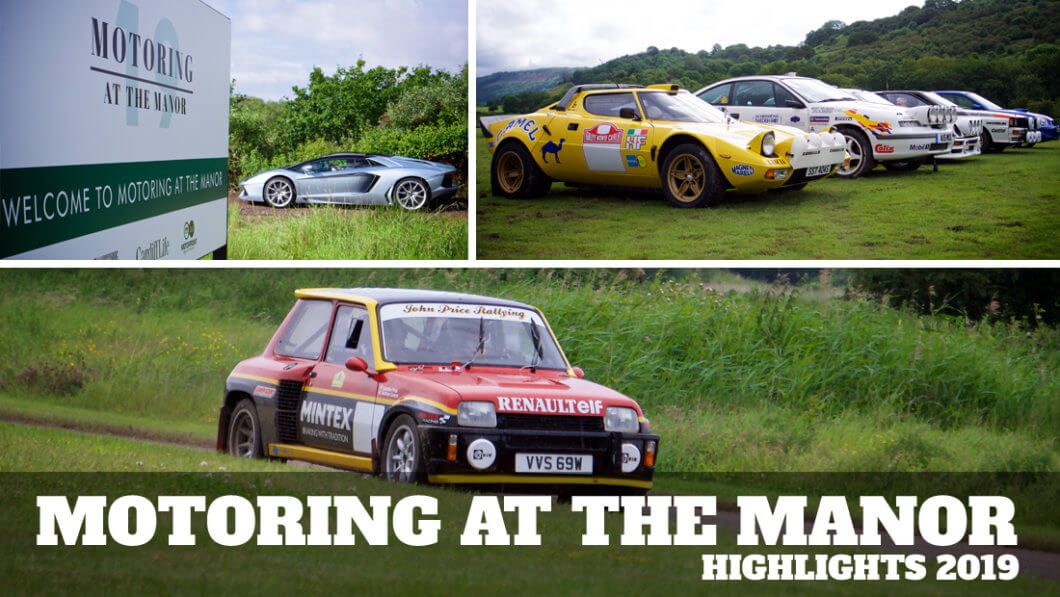 Take to the Road attended the inaugural Motoring at the Manor which was held at the Celtic Manor Hotel outside Newport in Wales over the weekend. This brand new classic car show promises to be become the signature concours events in Wales. With an emphasis on both Welsh cars and Welsh stars from the world of motorsport, Motoring at the Manor got off to a cracking start.

Motoring at the Manor took place in the picturesque Usk river valley, which winds its way through the vast grounds of the Celtic Manor Resort. It was an ideal backdrop for the special Fathers Day event, with a pavilion style show ground right along side a special rally demonstration stage. Heavy rain over the weekend had threatened to put a dampener on proceedings, but it didn’t stop the crowds from streaming through the gates.

One highlight of the show was the Concours d’Elegance, which brought together a mouth watering selection of rare classics, including a very special section dubbed Welsh Wizardary, which celebrated Welsh Motoring Heritage. The very special 1970 Gilbern T11 Prototype, the only one in the world, was displayed along side a stunning 1971 Gilbern Invader Shooting Break and rare a 1984 Henson M30 Coupe.

Another exceptional display was the Bugatti Type 37 Prototype, which is estimated to be worth in the region of £2.5m. The fact such a rare and valuable car was chosen for the very first Motorsport at the Manor really showed the quality of the event. It was a real treat for visitors to be able to get up close and see such wonderful rare cars in the flesh.

These legendary F1 cars were displayed in the special F1 zone along side the 1975 Shadow DN5 and the 1969 Hepworth FF four wheel drive. It is not often you get such heavy weights from historic F1 under one roof. It was a very special display indeed.

One couldn’t hold a motorsport event in Wales without a bit of rallying and the crowds attending Motorsport at the Manor were certainly not disappointed. The lineup of historic rally cars that hit the tarmac and the gravel really was a fantastic sight to behold. The distinctive roar of rally cars echoed around the valley as the drivers put their cars through their paces. It was very evocative, a real trip down memory lane of the glory days of rallying from the 1960s right through to the 1990s. Even the odd sudden downpour of rain added to the occasion as the drivers wrestled with the greasy tarmac and sometimes the grass. Just like on a real rally stage.

No Concours d’Elegance would be complete without a prize giving ceremony and it was a great moment for two of the Welsh Wizardry entries as they and their cars went home with a coveted award. Both the Gilbern T11 and the Gilbern Invader Estate were chosen by the judges as Concours winners, a fitting moment for the Welsh show and a wonderful way to bring the very first Motorsport at the Manor to a close. Take to the Road can’t wait for Motorsport at the Manor 2020!

40 Years of the Audi quattro