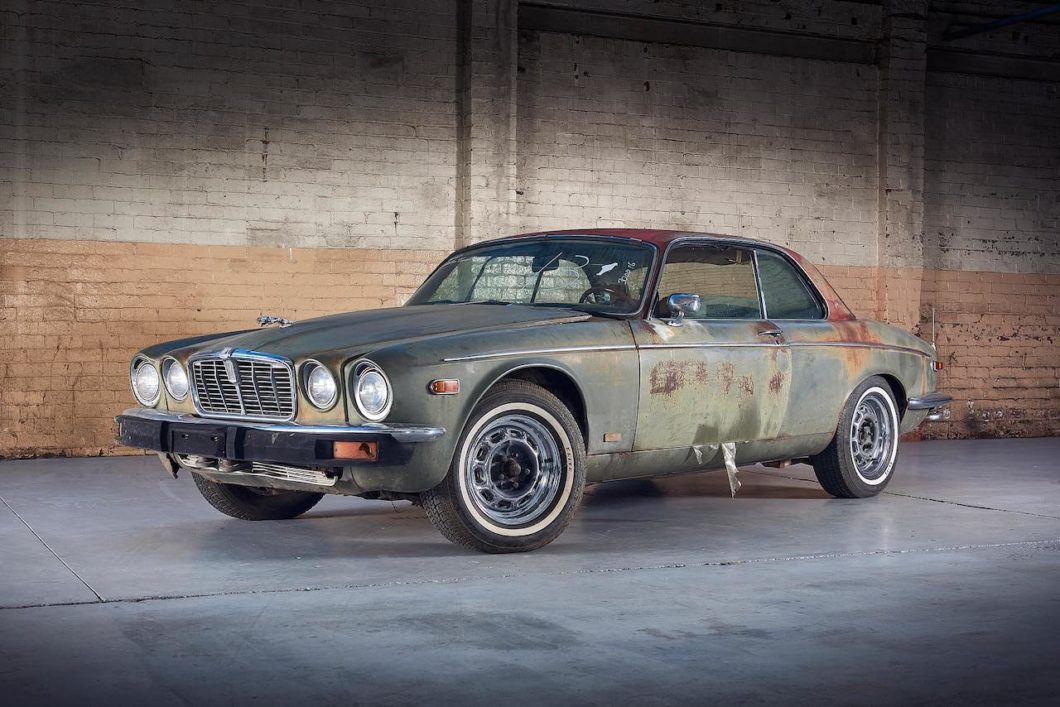 More barn finds have been announced for the Practical Classics Classic Car & Restoration Show, which takes place this weekend at Birmingham’s NEC.

The Carole Nash Barn Find display is one of the show highlights, with another superb mix of vehicles, from commercials to classic sports cars and plenty more between for visitors to enjoy.

A slew of neglected and abandoned classics, some only recently seeing the light of day after decades locked away in storage, were first announced last month.

Guaranteed to draw a crowd is the oldest vehicle on show, Harry Larcombe’s very special 1949 Jowett Bradford ice cream van. Brimming with character, it is also very rare as it is only one of four that are thought to have survived.

Even more unusual is a 1966 hearse based on a Wolseley 6/110 belonging to Steve Bennett. This rare hearse was built and used in Ireland.

It will be accompanied by his 1973 Wolseley Six (the rather green looking car above) and a stylish 1959 Dodge Sierra Station Wagon.

There are also plenty of fascinating British classics, including a pair of Ford Escorts, such as Brendan Donohue’s 1983 Ghia model, which hadn’t turned a wheel in 15 years when it was rescued. Also on display will be a 1994 Si Estate owned by David Sharp.

They will be joined by Andy ‘Ace’ Harrison’s 1974 Austin Allegro Super, which will be treated to a few period upgrades when it is restored by the team at Acespeed.

An interesting trio of cars belonging to Mark Fishpool are also guaranteed to prove popular. His barn finds include a 1982 Rover SD1, a 1966 Austin Healey Sprite and a delightful 1956 Hillman Husky. Another Rover will be on the Carole Nash Barn Find at the show, a now rather rare 1992 216 GSi owned by Andrew Zacharia. He has recently got it back on the road and is treating it to a rolling restoration.

Craig Thompson imported his 1975 Jaguar XJC V12 from California and it’s going to be converted to right-hand drive (article feature image above). While another British classic in the form of a 1976 Morris Marina is going to be restored by none other than the team from Practical Classics magazine.

Wrapping up this year’s entries is a wonderful 1961 Austin LD Luton Van of Dave Wilson. Enthusiasts of classic commercials are going to love this proper working vehicle.

Show Director Lee Masters said: “This year’s show promises a very special collection of vehicles that is sure to attract enthusiasts of all ages.”

The Practical Classics Classic Car & Restoration Show, with discovery+, is held 18-20 March 2022 at Birmingham’s NEC with tickets now on sale. Find out more about getting a discount of tickets to the show below…