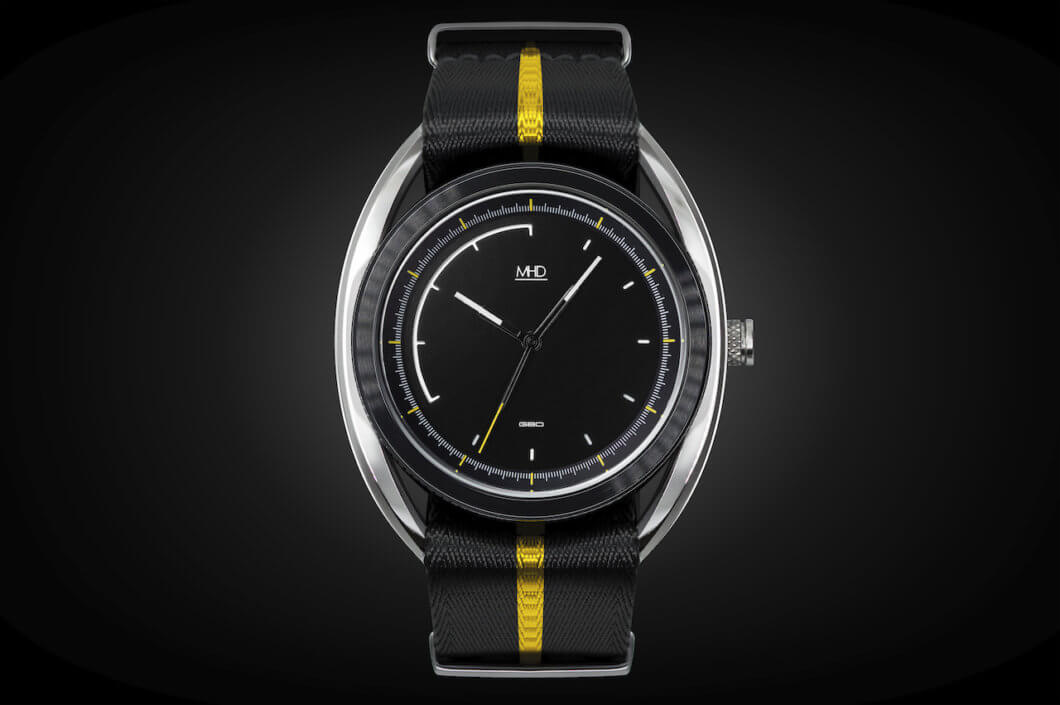 MHD Watches has launched the new MHDSA2 Timepiece, drawing inspiration from the world of motorsport. The creation of by Automotive Designer Matthew Humphries, he was Chief designer at Morgan Motor Company and was responsible for cars such as the stunning Morgan Aeromax, Morgan Supersports and the new Morgan 3 wheeler. Now he is designing his own watches and his designs draw heavily from the automotive world.

Record breaking cars such as Goulds, Radicals and ex F1 cars are designed to be lightweight, technically advanced and engineered to achieve optimum performance. The MHD SA2 uses an engineered design aesthetic to capture the quality of these cars and produces a motorsport engineered timepiece.

The MHDSA2 has an exoskeleton chassis case, where the case shape is influenced from suspension wishbones of hill climb cars, designed with solid bars (no spring bars) for strength and simplicity, which makes for fast and efficient strap changes.

Exposing its engineering, the SA2 includes other motorsport features and finishes such as the black DLC coated knurled watch barrel and machine turned knurled crown, which is held in place by allen head fixings. The machine turned bezel then holds the Sapphire crystal glass in place.

The dial consists of three components; from the black DLC chapter ring with yellow markers, to the machine-turned black colour sunray dial with laser cut markers, which is then layered over a lower super luminova dial for extra visibility in the dark. The semi-skeletonised hands also have additional super luminova.

In keeping with excellent timing, the SA2 houses a Miyota 9039 automatic 24-jewel movement, which is known for its hacking function for precise time setting and 42-hour power reserve. The beautiful Miyota 9034 movement can be viewed from the sapphire crystal display case back, which is also externally engraved with “MHD SA2”.

For that added extra touch of motorsport, the SA2 is supplied with two soft, but strong car seat belt material nato straps, one in grey and the other black with a yellow racing stripe, which can be swapped out in seconds!

More details on the MHDSA2 and Matthew’s other creations can be found on the MHD Watches website.