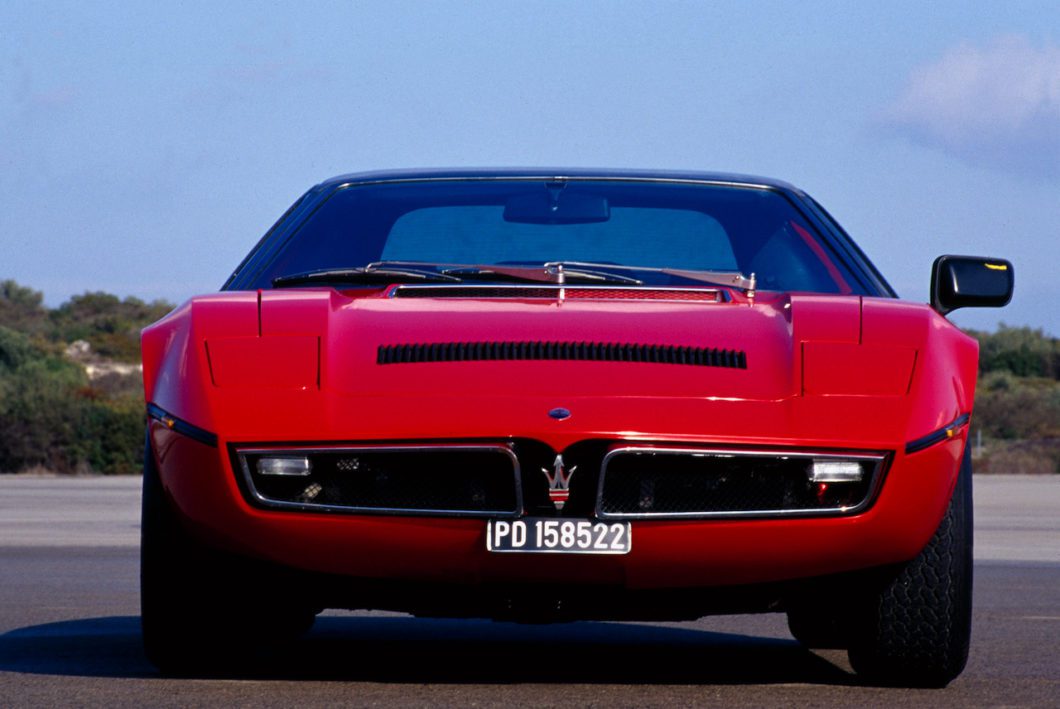 Maserati is celebrating 50 years the mighty Bora, the first mid-mounted rear engine road car in the marques history, which was launched on 11 March 1971 at the Geneva International Motor Show.

The wind of the Maserati Bora spans through 50 years of history, and reached the dawn of a new phase for the brand. The all new model shared the exclusiveness, sportiness and uniqueness that signified the key characteristics of the Modenese constructor. The Bora also handed down its engine position, first introduced on the Tipo 63 (1961), initially reprised on the MC12, and now a key feature of the new Maserati MC20.

Exactly 50 years have passed since the debut of the Maserati Bora, which was produced until 1978 with 564 cars built, not to mention the spectacular Boomerang, a coupé prototype created by Giugiaro with futuristic engineering and wedge-shaped bodywork.

Following the trend that had already revolutionised Formula 1 racing cars over previous years, Maserati asked Giorgetto Giugiaro of Italdesign to come up with a mid-mounted rear engine sports car with enhanced performance, design, comfort and safety.

The engine was the tried and trusted 4,700 cc V8 producing 310 horsepower at 6,000 rpm (to be joined by the 4,900 cc unit two years later), mounted lengthways on a subframe installed on the monocoque.

The Bora combined comfort and performance and had a top speed of over 280 km/h, ensuring great driving pleasure thanks to the engine’s exceptionally agile response and the quiet interior.

While the car’s engineering design carried the name of Giulio Alfieri, the aerodynamics and styling were by Giorgetto Giugiaro, who created a two-seater coupé on simple, elegant lineswhich gave the Maserati Bora a balanced appearance.

The approach was futuristic, with a low, slender, almost tapered front styled to cut through the air, while the front grille included two rectangular air vents with a Trident in the centre. The perfectly sleek sides were centrally divided by a thin black rubber trim, while the rear ended in a Kamm or truncated tail.

The result was a trend-setting, streamlined car perfect for the rock-and-roll spirit of the ‘70s, which is still delighting fans today.