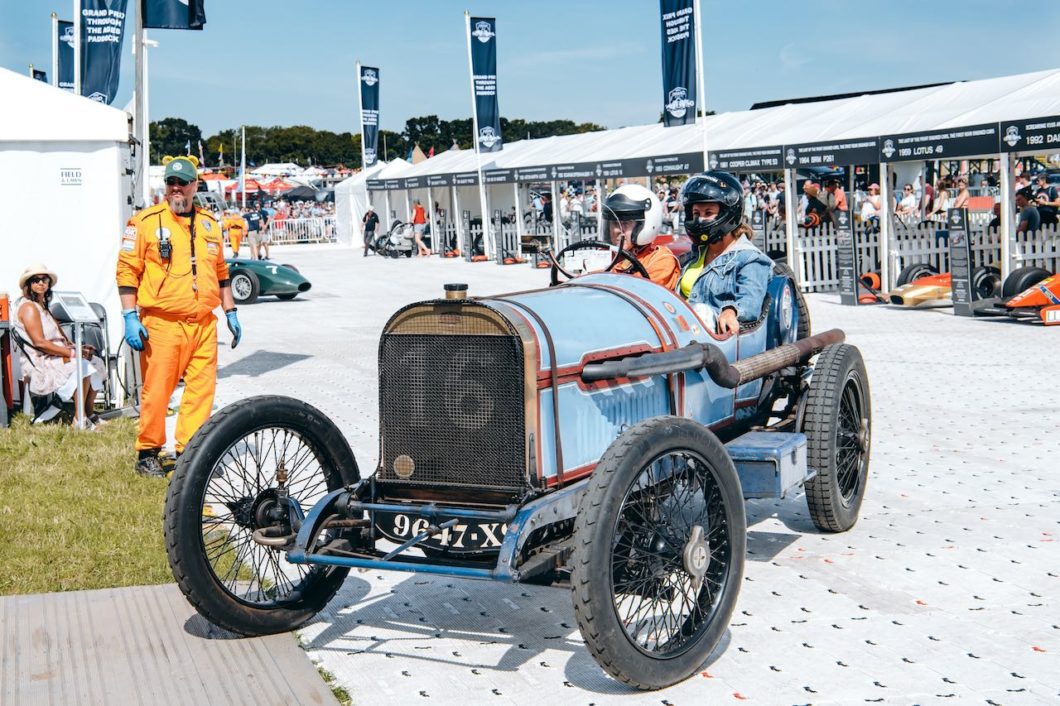 A magnificent 7 line up of innovative and grounding breaking classics are set to star at The London Classic Car Show, which is taking place on 25-27 June. The events central theme ‘The Evolution of Design’, will celebrate 135 years of automotive innovation in the picturesque grounds of Syon Park.

Taking visitors on a specially curated journey from the very first pioneers right up to the latest supercars, the must see event will boast seven special display stands, each dedicated to a significant moment in automotive design and development.

The Evolution of Design: Where It All Began

The story will start right at the dawn of motoring with an intriguing showcase which will include what is widely regarded as the world’s very first production car, the 1886 Benz Motorwagen.

Only one of Carl Benz’s single-cylinder, three-wheeled game-changing designs remains in existence and it is safely under lock and key in the Mercedes Museum. A small number of exacting replicas, however, have been produced with official access to that original Benz and one of these remarkable recreations will be taking pride of position at one end of the ‘Evolution of Design’ timeline.

The Evolution of Design: Aero-Engined Monsters

The story will continue with a collection of mighty aero machines from the early part of the 20thcentury, a period when competitive auto designers turned to huge aircraft engines in their quest for more power and more speed. Mighty beasts confirmed include the unique 28-litre Fiat Isotta-Fraschini, a Peugeot Indianapolis and a fiery Fafnir.

The Evolution of Design: 1930s Style and Elegance

Representing a change of pace and emphasis, the third of the seven displays puts the spotlight on the 1930s, with exquisite coach-built Bentleys and Bugattis to the fore.

Next up is a rock and roll showcase dedicated to Americana with transatlantic legends such as the Corvette Stingray and Cadillac Coupe de Ville as well as a raucous bunch of V8-powered hot rods.

The Evolution of Design: 1960s and 1970s Endurance Legends

The emphasis then switches to the race track with an epic collection devoted to Endurance Legends. This line-up will be littered with iconic race cars such as the Ford GT40, Lola T70, McLaren M12 Can-Am racer plus, for the curious, a rare Chevy powered Cheetah.

Great marques also star under the Brutalism banner, which will exhibit the acclaimed the limited edition, homologation tearaways that signified the outrageous Group B rally era. Legends such as the Ford RS200 will be present alongside some standout roadsters from the same speed-loving era such as the Alfa Romeo SZ, Porsche 964 Turbo and Maserati Shamal.

The Evolution of Design: Contemporary Supercars

The seventh special display will showcase modern day Supercars, the classics of tomorrow. Visitors can expect an amazing array with the latest halo creations from Koenigsegg, Ferrari and McLaren.

The Evolution of Design’ theme, coupled with ‘magnificent 7’ of special showcases will be further enhanced by tributes to milestones in both Bugatti and Lancia histories. Also unmissable will be the 60 years of the Jaguar E-type celebration.

Adding to the spectacle, and ensuring visitors will be treated to more than 500 wonderful classic cars in historic Syon Park, The London Classic Car Show will also include tempting dealer displays plus no fewer than 120 auction lots going under the CCA hammer over the weekend. Classic car clubs will also be out in force, all eager to kick-start their passions after the recent lockdowns.

Full details of all displays, exhibits and ticket buying options can be found on the official theclassiccarshowuk.com website.