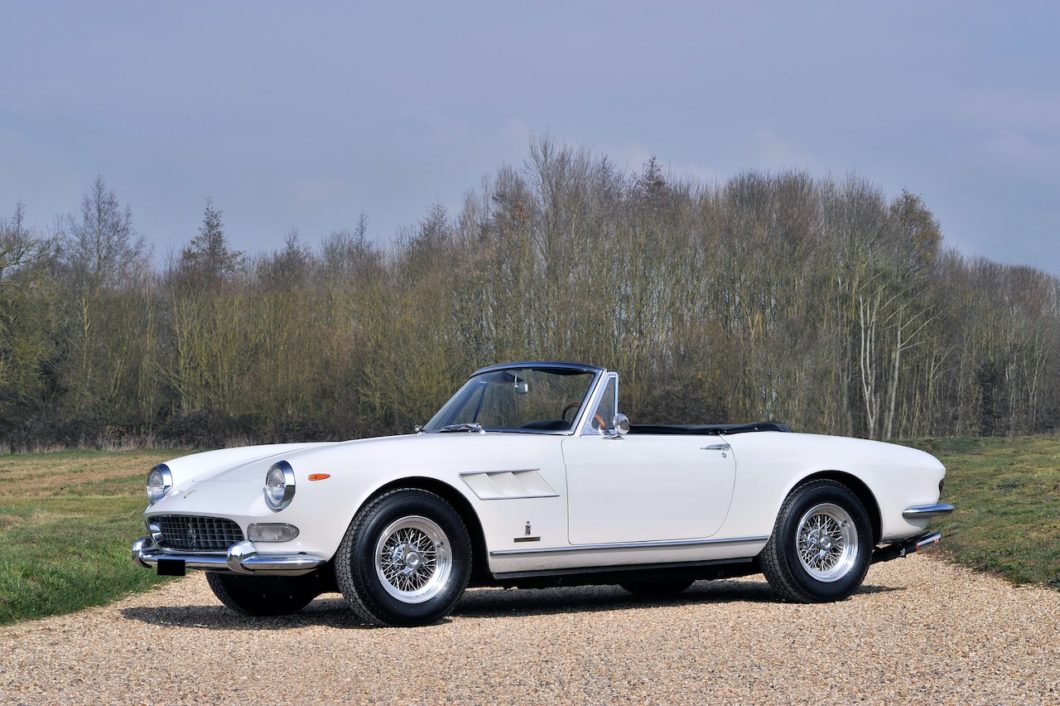 This years London Concours is taking place from the 28th to the 30th of June and the shows organisers have announced the first display class for the 2022 event; Italian Spiders. The special category will celebrate Italy’s rich tradition of producing some of the most glamorous convertibles of all time.

The carefully curated selection will gather in June on the immaculate lawns of Honourable Artillery Company, in the heart of the City of London. The chosen cars are sublime examples that embody the heyday of motoring glamour, such as the masterful Ferrari 250 GT California, arguably the most glamorous and iconic spider of them all. Based on the 250 GT Pininfarina Coupe, the California was conceived by John van Neumann, Ferrari’s representative on the West Coast of America, to cater to the demand for a convertible among their wealthy US clientele.

The resulting car, produced by Scaglietti, combined the glorious 3 litre V12 with a drop top body of the utmost elegance. A mere 106 were produced between 1957 and 1962, with a list of illustrious owners including Steve McQueen and Clint Eastwood. Immortalised in the 1986 film Ferris Bueller’s Day Off, this summer’s show will present a rare opportunity to see one of the most valuable and revered cars the world has ever seen up close.

The California’s successor in the grand lineage of Ferrari Spiders, the 275 GTS, will also appear at the event this June. First debuted at the 1964 Paris Salon, the GTS featured a shapely body designed by Pininfarina, and an enlarged 3.3 litre version of the Modena marque’s venerable Colombo V12, producing 260 horsepower. Just 200 of these graceful Ferraris were assembled between 1966 and ’68.

The selection will also feature stunning Spiders from another of Modena’s storied marques: Maserati. Among these will be the 3500 Vignale Spider, yet another stunning, and stunningly rare motor car, with only 242 ever built.

A contemporary of the 250 GT California, the drop top version of the 3500 was created by revered coach building house Vignale, whose classically proportioned creation housed a 3.5L six-cylinder engine, a detuned version of the motor found in Maserati’s 350s racing car. This most debonair of drop tops will bring a healthy dose of Modenese glamour to proceedings, conjuring images of Amalfi and a glinting Mediterranean.

The Concours will also play host to Alfa Romeo’s finest, including a model which delivered the glamour of ‘60s topless motoring at a more attainable price point, the ‘Duetto’. Officially known as the 1600 Spider, the diminutive sports car was first shown to the public at the 1966 Geneva Motor Show.

It was an immediate hit, with a delicate, streamlined body by Pininfarina, and an effervescent twin cam four-cylinder engine. The Duetto is another Italian star of the silver screen; it featured prominently as Dustin Hoffman’s enthusiastically driven run-around in another iconic coming of age tale, 1967’s ‘The Graduate’.

These Spiders, and many more, will be on show at June’s glamourous event; the ultimate automotive garden party. Exciting announcements will be made about further classes in the coming months as we build up to the sixth edition of the show, which will once again bring the world’s finest cars to the heart of The City of London.

Andrew Evans, London Concours Director, said: “We are delighted to announce the Italian Spiders selection as the first class of what will be another fantastic London Concours this summer. Buoyed by the resounding success of last year’s Italian Berlinettas class, we’ll return with even more Italian glamour for 2022. The curated selection of Spiders really does represent ‘La Dolce Vita’ on wheels, bringing charm, beauty and exclusivity in equal measure to London’s ultimate automotive extravaganza.”