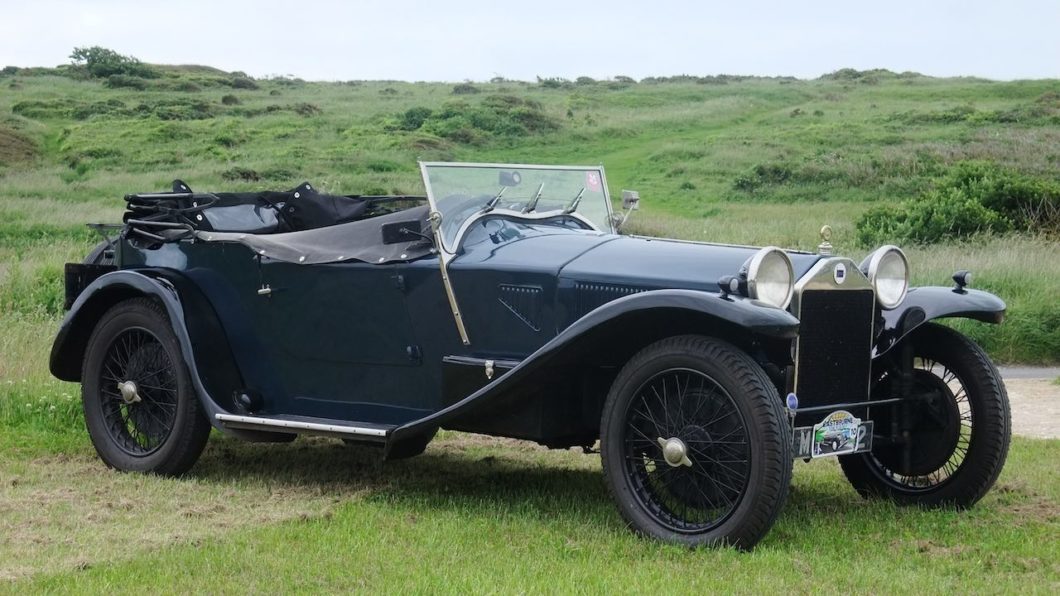 The London Classic Car Show 2021, which takes place at Syon Park from 16-18 April next year, will be celebrating the magical history of motoring under the central theme of ‘The Evolution of Design’. Key to these celebrations will be a special celebration of 100 years of the legendary Lancia.

Spanning 135 years of progress, the capital’s premier event for classic car collectors and enthusiasts will put the spotlight on many of the greatest automotive creations that have captured the imaginations of passionate drivers and devotees ever since the dawn of motoring at the end of the 19th century.

A special display to mark the 60th birthday of Jaguar’s inspirational E-type has already been confirmed. Now comes confirmation that one of Italy’s most influential models – the Lancia Lambda – will be saluting its centenary in the beautiful grounds of Syon Park, the new Covid-compliant home for The London Classic Car Show in 2021.

The Lambda – the brainchild of engineering genius Vincenzo Lancia – not only laid the foundations for one of Italy’s most illustrious marques, but is also renowned for its outstanding technical innovations. It was the first car to feature a load bearing monocoque body which revolutionised car design – within a decade this unibody technique had been adopted universally by manufacturers all over the world.

An equally dramatic innovation was the introduction of pioneering independent suspension and the Lambda was also one the first cars to benefit from brakes on all four wheels.

Boasting so much ground-breaking technology, the spectacular Lambda moved the goal posts when it came to road holding and comfort, enabling drivers to outperform other cars with much larger engines than the 2120cc Lancia V4.

Although designed for touring rather than competition, the game-changing Lancia dominated its class in many of the period’s greatest road races… and still does today. Indeed, three of the top four finishers in the latest classic Mille Miglia 2020 re-enactment were piloting Lambdas.

Perhaps, its long-running sporting success is no surprise as Vincenzo himself had been a successful racing driver before refocussing his talents on founding the company which still bears his name today – albeit as part of the global FIAT automotive empire. Moreover, back in 1921 the intrepid Vincenzo tested his prototype Lambda on the Mont Cenis Pass, a notoriously challenging Alpine road between Italy and France (as seen in the black and white photo above).

“The Lambda is without doubt one of the most significant cars ever created and thus we are thrilled to be honouring its centenary at The London Classic Car Show next spring,” enthused Mark Woolley, Show Director. “The Lancia may not be such an obvious choice as the E-type to be included in our ‘The Evolution of Design’ feature, but it has cult status among car connoisseurs… and deservedly so.”

The special 100th anniversary Lambda display is being curated by the Lancia Motor Club, one of a number of leading car clubs already making exciting plans for the eagerly-anticipated London show.

“Next year is clearly going to be a major milestone for the Lambda and we will be celebrating its centenary in style,” vowed Alison Ure of the Lancia Motor Club. “This spectacular car with its pioneering innovations and technological advances took the automotive world by storm and is now recognised as one of the most innovative cars of all time. We will have a fine selection of these wonderful machines on display for all the visitors to The London Car Classic Show to admire.”

Tickets for 2021 London Classic Car Show are now on sale. As in 2020, adult admission tickets are available in advance from £25 (£30 on the day) with a limited number of Premium upgrades also on offer.

Moreover, for all those fast starters registering for the Show’s official newsletter before the 9 December deadline an Early Bird saving of an additional £5 is on offer. Providing reassurance for all ticket buyers, full refunds (excluding booking and transaction fees) will be offered should the show be cancelled as a result of Covid-19.