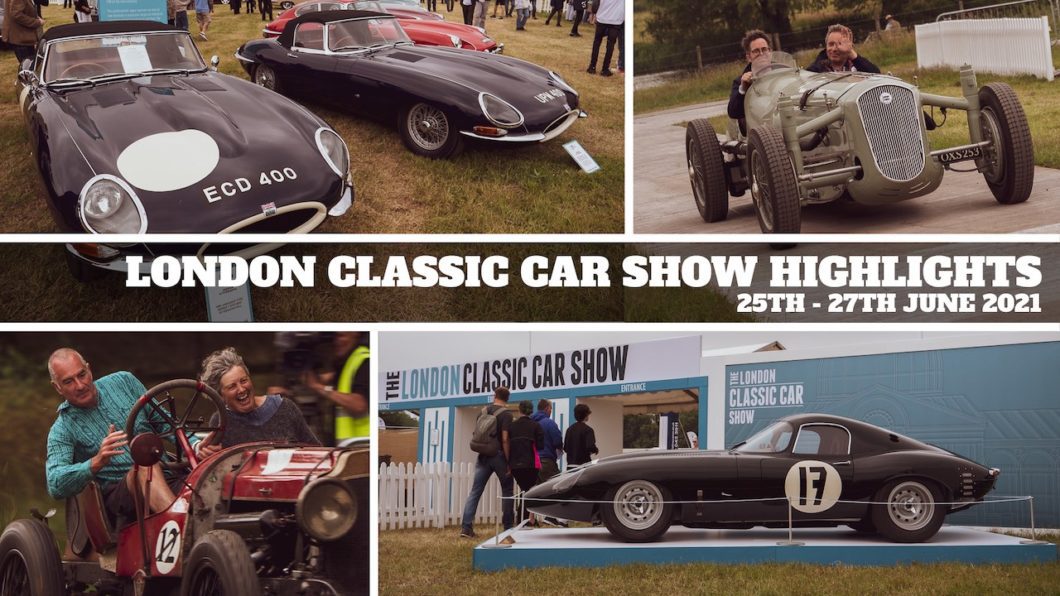 The London Classic Car Show 2021 returned to the capital last weekend with a superb three day celebration of automotive passion. The leafy grounds of Syon Park provided the perfect open air backdrop for the event, with over 14,000 visitors attending over the weekend.

With indoors events struggling to get the go ahead due to contuining pandemic protocols, the decision by the London Classic Car Show organisers to select an open air venue was timed to perfection. It provided a very welcome respite from recent events and the grounds of the Grade 1 listed home of the Duke of Northumberland, landscaped of course by the famous Capability Brown, was the ideal setting for a family friendly car show.

Car fans were treated a rich display of automobilies throughout the ages, with some of the worlds oldest marques celebrating significant milestones. One of these was the superb Lancia display, which brought together a large number of the game changing Lambda’s, which was released 100 years ago this year.

The pre-war model put the Italian marque firmly on the map in the early half of the 20th century and quickly established Lancia as a powerhouse of engineering innovation.

Continuing with the theme of vintage pioneers was the very special display of rare Bugatti Brescia’s. Named after the 1921 Brescia Grand Prix, the Bugatti Type 13 was a hugely successful race car and dominated on circuits across Europe. The Brescia delivered on Ettore Bugatti’s dream of building the greatest race cars and the landmark model is celebrating its centenary this year.

One of the central displays at this years London Classic Car Show with the celebration of the legendary Jaguar E-type’s 60th anniversary. At the heart of the display was “ECD 400”, the very car that was driven to victory by Graham Hill in 1961. And alongside it was “UPM 400”, the sister Equipe Endeavour team car which was raced by Tommy Sopwith. These E-type racing legends were joined by a special collection of other E-type models ranging from Series 1 right through to Series 3 examples.

All of these exceptional cars were part of the shows central theme, the Evolution of Design. This glittering display included fire breathing aero engine monsters from the heyday of vintage motoring, along with an eye catching number of American hot rod and custom cars. These were joined by other icons such as the Ford Mustang, Chevrolet Corvette, Ferrari F40 and the Alfa Romeo SZ.

Visitors were also treated to engaging live stage interviews with the stars of both television and automotive design. This years Talk Theatre sessions were hosted by Tiff Needell and he was joined on stage by Richard Hammond, and designers Frank Stephenson and Wayne Burgess.

The club scene was well represented with a fascinating range of marques on display in the grounds. It was the perfect weekend for many owners, who were enjoying their first outing to a car show for well over a year. The Waterloo Classics Car Club had a special classic car maintenance demonstration at the show over the weekend, showing enthusiasts some of the basics of looking after your classic car.

Also in attendance was the London based 96 Club, whose members brought along some very rare and exceptional cars for the weekend, including the fascinating Le Mans Jowett.

The main highlight of this years London Classic Car Show however was the welcome return of the live displays. Back by popular demand, fans were treated to a spectacular parade along Syon Parks original Lime Avenue. Originally designed as the grand formal avenue that took distinguished visitors by horse and coach to the front of the manor house, the Lime Avenue was transformed in a special live arena, treating automotive fans of all ages to a wonderful display.

Commenting on the success of this years London Classic Car Show, Mark Woolley, Show Director said: “It’s no secret that organising live shows remains a massive challenge but seeing so many smiles on so many faces more than justified all the hard work that everyone invested in keeping The London Classic Car Show on the road.”

“After what we’ve all experienced in recent times, we all desperately needed a show like this to reignite our passions and lives.”

Plans for The London Classic Car Show in 2022 will be announced later this year and Take to the Road will bring you all the latest news and updates.