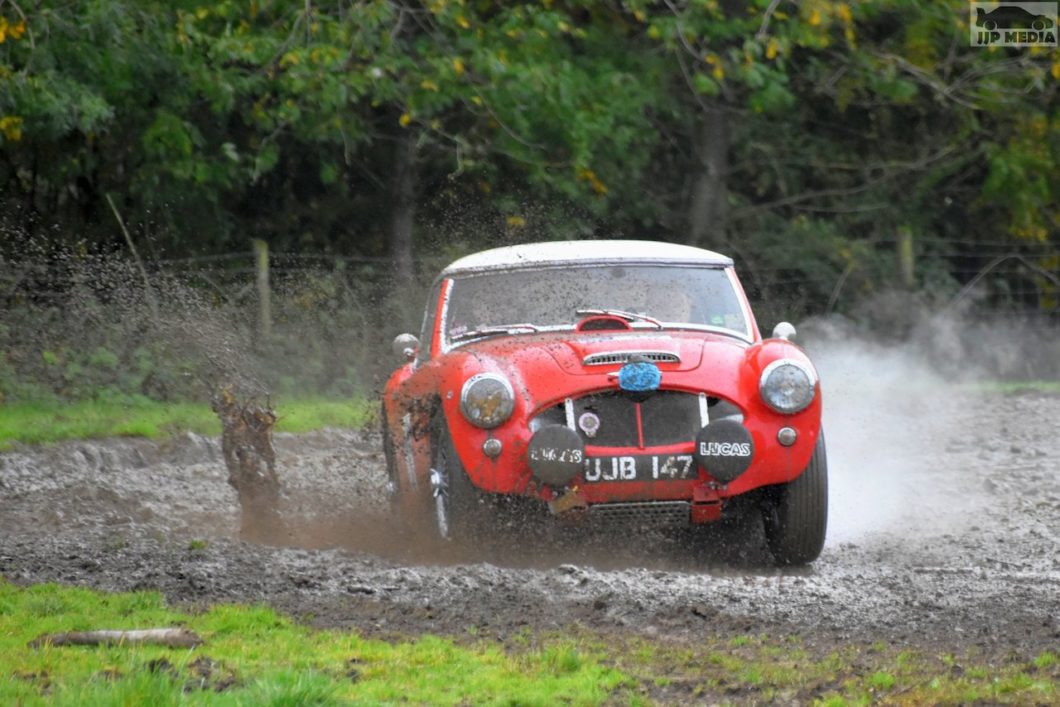 Lombard Rally Bath continues with its historic rally tour as it heads to Puxton Park on the outskirts of Weston-super-Mare on Friday 22nd October for a special evening of untimed rally stages. The action then continues on Saturday the 23rd with cars headings to the Great Tew Estate in West Oxfordshire.

Since Lombard Rally Bath first ran in 2018 interest from both entrants and spectators has increased hugely. In 2021 the event celebrates 45 years since the very first Bath based Lombard RAC Rally which took place in 1976. At the time was the most coveted rally in the UK, with crews and their cars traveling over 2,000 miles. The crews who finished the marathon four-day event had completed over 70 timed special stages in forests and private estates. In those days the rally was the largest spectator attended event in the UK – more people watched the rally than watched every football league match in England put together!

Lombard Rally Bath celebrates the cars of that glorious period of rallying with a spectacle of historic cars such as Ford Escorts, Talbot Sunbeams, Minis, Audi Quattros all on show. Many of these rally cars are today too valuable to be driven on competitive rallies, or their owners simply don’t want to drive them it that way aggressive way. However many will be happy to show them off on this event. The events makes use of off road venues, set up to resemble period rally stages, but not timed competitively.

In 2021, as Bath Racecourse where the route normally starts and finishes is unavailable due to its use as a vaccination centre, Lombard Rally Bath will be based in Bristol, starting, and finishing on the edge of the iconic Durdham Downs.

To mark the historic nature of event, the cars will start with “Friday in the Dark” at Puxton Park on the edge of Weston-super-Mare – allowing spectators to get up close and see the cars before they tackle a route around the Adventure Park during the evening. This will start at 6.00pm and after a visit to a further local venue, the cars can be also seen taking a short stop at the Grand Pier on the Seafront.

On Saturday the route will again tackle a mix of stately homes and similar smooth stages, to recreate the popular Sunday Run from 1970s and 80s Lombard RAC Rallies. As it is 45 years since the Lombard RAC Rally was first based in Bath, a selection of runners from that year will join us. These will include the winning co-driver from that year, Stuart Pegg, who will be reunited with the winning Ford Escort RS1800.

Great Tew Estate in West Oxfordshire will be the focus from late morning, with spectator tickets now on sale. The first cars will be due after noon to tackle the mixed surface stage twice, each side of a visit to the circuit used on Amazon’s Grand Tour TV programme. The cars and their drives will stop for lunch on the Estate, giving spectators the chance to see the cars up close. After lunch the spectator stage will be tackled again for another two runs, plus a further visit to the circuit.

Following visits to further stages in Gloucestershire, the event will conclude on Saturday evening with the Rally Dinner at the Marriott Royal Hotel on College Green in Bristol. The organisers hope to see as many former entrants to the 1976, 1980, 1983 and 1986 Bath based Lombard Rallies at the evening function.

More details can be found on the Lombard Rally Bath website. Tickets for the two day event can be purchased on the TicketCo website.