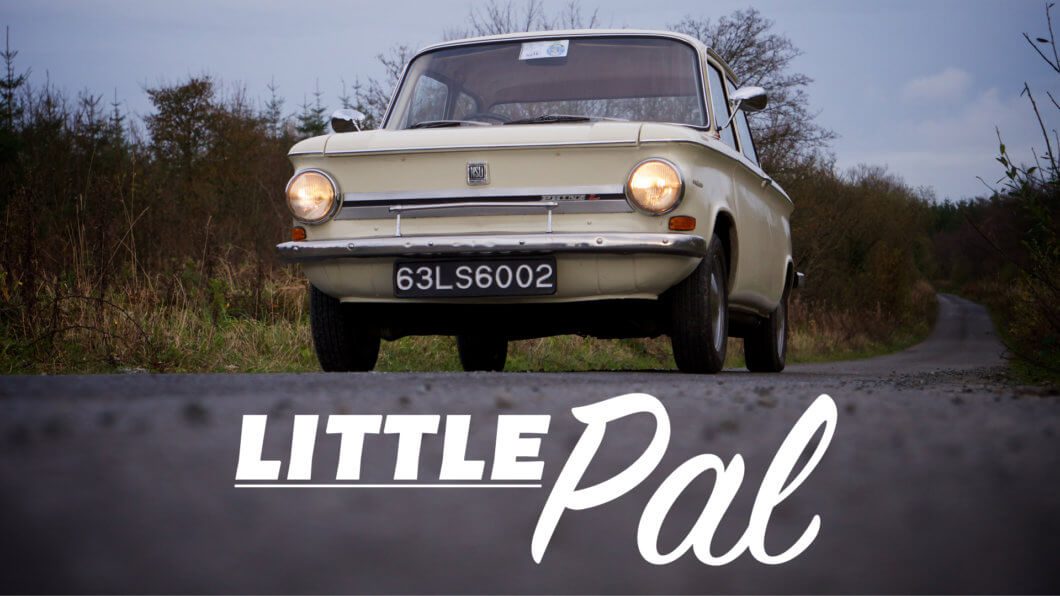 Classic cars are all about character and some have it more than others. The NSU Prinz is one car that has character by the bucket load. Launched in 1961 at the Frankfurt Motorshow, the compact two door saloon provided cheap and practical motoring to the masses. It’s tiny 598cc air cooled engine was easy to maintain and very fuel efficient. And despite its diminutive stature, it was spacious on the inside. It ticked all the boxes in the 1960s and as a classic today, it makes for a fantastic little runabout.

I first met Mick Keating on a trip home to Ireland last year. I bumped into him while he was out for a drive in his little NSU Prinz. As soon as I spotted the car, I made straight for it. You see living in the UK one gets spoiled with the numbers of classics on the road. The larger the population, the more the chance you’ll see a few classics when you are out and about. As Ireland’s population is much much smaller, the numbers of classics on the road is smaller as well. Basically you don’t see many of them on the road.

So whenever I do see a classic car when I’m back home in Ireland, I get very excited! Thankfully Mick didn’t mind my excitement at all and even agreed to do a film with me sometime in the future. And true to his word, we got to do just that a few weeks ago.

For me the NSU Prinz is a fascinating little car. It shares the 3 box design principles employed by Fiat and many other manufacturers of the time. But the Prinz is more curvaceous and much less boxy, which I find more appealing. It is an all round much prettier car to look at.

The design itself is very simple but effective, with little details like the chrome trim, slim bumpers and round headlights enhancing the cars shape, giving it a more upmarket appeal. And it was a radical, modern step forward from the outgoing Pinz III.

On the inside the Prinz has everything that a 1960s motorist could have wanted. It might have just two doors but the little saloon can accommodate four adults. Thanks to the thin pillars and curving glass, the inside feels bright and spacious. It really is a roomy little car.

The dashboard has that wonderful simplicity of design that you can only get with a classic. And the badge in the centre of the dash reminds you that you are driving a Prince! Indeed NSU’s original marketing slogan for the first Prinz model was Fahre Prinz und Du bist König – Drive a Prinz and you’re a King!

The Prinz may have been a cheap and frugal car but it was well built for its time. And it was well engineered as well. It’s 598cc motorcycle inspired engine employed a rod driven camshaft which meant its two pistons went up and down at the same time. NSU also employed a dynostart which combined a starter and an alternator all in the one unit. This was attached to the crankcase and was seen as a simpler solution than employing a separate starter and alternator unit.

Attached to the 30BHP air cooled engine is a four speed all syncromesh gear box, which was a huge improvement over the original Prinz’s crash gearbox. It is also worth mentioning that Mick’s Prinz has a fully independent suspension, at a time when its air cooled rival, the VW Beetle, was still using torsion bars. Innovation was one of NSU’s core principles, which you could argue lead to the companies downfall after the failure of the brilliant but flawed Ro80 saloon.

What I enjoyed the most about Mick’s story was how he called his NSU Prinz his little pal. It is easy to see why. After bringing the car over from Scotland, he embarked on a restoration of the engine and the dynostart. Plus he had the body resprayed. It was a challenge for him as he’d never owned an air cooled car quite like it. But undeterred he got the car back on the road and to the standard we see today. And that is a very nice and usable everyday classic.

For Mick it is a classic he uses most days in the week, taking it on trips into town and to numerous car shows. And sometimes he just takes it out for a quick spin. Which is one of the joys of owning a classic. Spending time with him I also learned that the classic car scene is very much alive and well in Ireland. Classic car shows held locally are very popular and the local car club (visit the Carlow Vintage and Classic Motor Club here) has grown from strength to strength over the years. Which is great to hear!

Mick has owned many many classics over the years but the Prinz is the one he keeps returning too. Because of it’s character, his little NSU Prinz is a friend and companion. It really is his little pal.

Additional Photos of the NSU Prinz